The family of the woman who along with her three children was killed by her husband in Cavan in 2016 is calling for a fresh inquiry into their murders.

In an interview aired on Claire Byrne Live, the family said they want the garda file into the investigation released.

Clodagh Hawe, 39, and her three sons 13-year-old Liam, 11-year-old Niall and Ryan who was six, were found dead in their home in Ballyjamesduff in Cavan in August 2016. 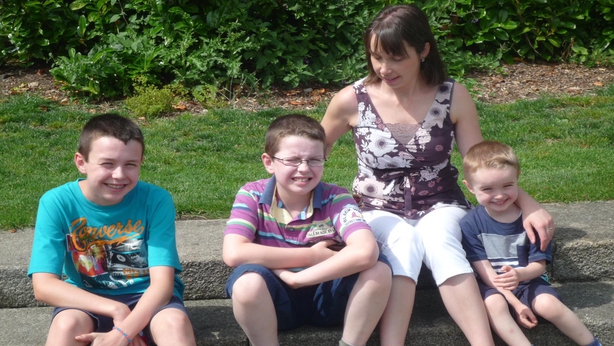 Their father Alan Hawe, who was a deputy school principal, left a note admitting he had murdered them before taking his own life.

Speaking for the first time on a special edition of Claire Byrne Live, Clodagh's mother Mary Coll described the moment she knew something terrible had happened.

She said when she approached the house after being unable to make contact with her daughter earlier that morning, she saw all the blinds were down and she initially suspected they had not woken because of carbon monoxide poisoning.

"I knocked over to the house and I saw the curtains all drawn and the two cars and I thought...there is something terrible wrong.

"And then I thought maybe its carbon monoxide poisoning that the five of them couldn’t have slept-in. I had the key in my hand and I was just about to put it in the lock when I looked and I saw the note on the door and it read: ‘Don’t come in, call the gardaí’ and I knew it was his writing."

An inquest into the deaths of Clodagh and her three boys heard that Alan Hawe had been suffering from severe mental illness but Clodagh's family say the inquest did not give a full picture of what happened.

Clodagh's sister Jacqueline Connolly said that it was not enough to put a blanket of the inquest and depression over the case and that the family still had no answers as to why Clodagh and her three sons were killed.

She described the killings as "evil", that she believed Alan Hawe had planned the murders and she said the family needed to understand why.

The family said the release of the garda files into the investigation could help with some of their unanswered questions but in recent weeks gardaí declined the families request to see those files.