A total of €1.83 billion has been allocated to housing in Budget 2018, with 3,800 social houses to be built by local authorities and approved housing bodies.

The Housing Assistance Payment Scheme will increase by €149m, enabling an additional 17,000 households to be supported and accommodated next year.

Funding for homeless services will increase by €18m to more than €116m.

The Government has said 4,000 social housing homes will be delivered next year through the Social Housing Current Expenditure Programme.

An extra €500m for the direct building programme will see 3,000 additional new build social houses by 2021.

€750m is to be made available for commercial investment in housing finance. 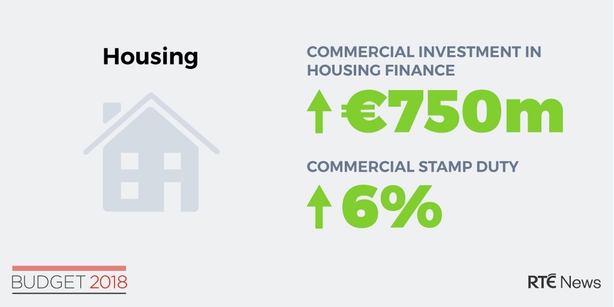 The level of stamp duty on commercial property transactions will rise from 2% to 6% from midnight.

The vacant site levy will increase from 3% in the first year to 7% in second and subsequent years.

A new house-building entity to boost construction has been announced.

An additional 1,300 teaching posts have been announced for next year, of which 300 are being used to reduce the primary pupil teacher ratio to 26:1.

€1.7 billion will be invested in special education, with more than 1,000 new Special Needs Assistants being recruited before September 2018. 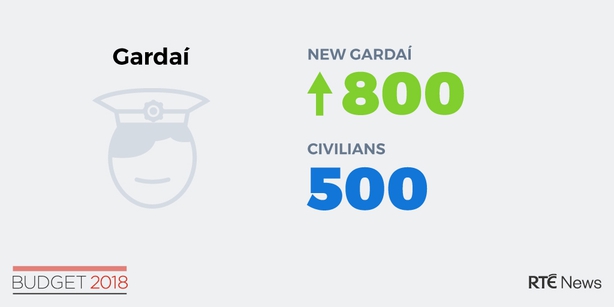 An additional 800 gardaí will be recruited during 2018. Another 500 civilians to be hired also. 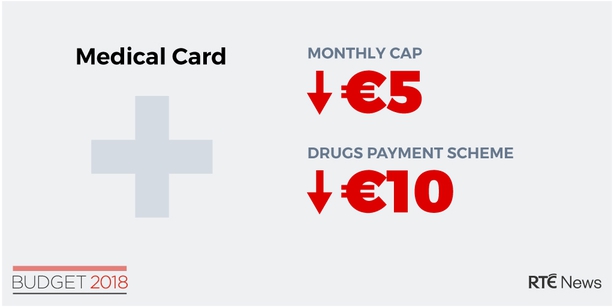 A reduction in prescription charges for all medical card holders under 70 from €2.50 to €2 per item.

An increase of €685m in allocation to the Department of Health brings total funding to almost €15.3bn next year.

From the last week of March, there will be a €5 per week increase in all weekly social welfare payments, including disability allowance, carer's allowance, Jobseekers' Allowance and the State pension. 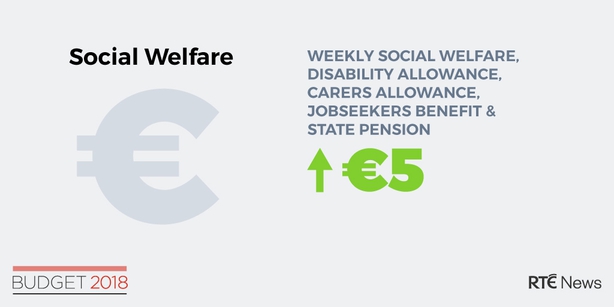 A Christmas bonus payment of 85% will be paid to all social welfare recipients in 2017.

There will be a €20 increase in the earnings threshold for the One Parent Family Payment and Jobseekers' Transitional scheme. 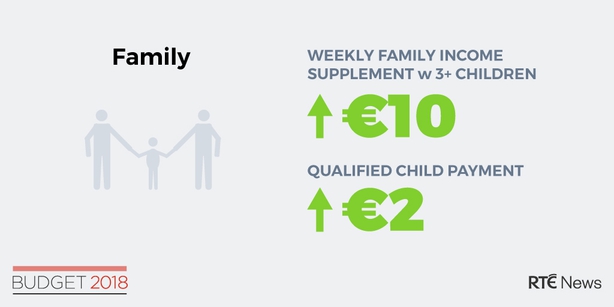 The threshold for the Family Income Supplement will rise by €10 per week for families with three children. €2 per week rise in the rate of the qualified child payment.

There will be a €2.50 increase in the Telephone Support Allowance for those receiving the Living Alone and Fuel allowances.

The point at which an income earner attracts the higher rate of income tax will rise next year by €750 per annum.

Targeted changes to Universal Social Charge will reduce rates but do not narrow the USC tax base. 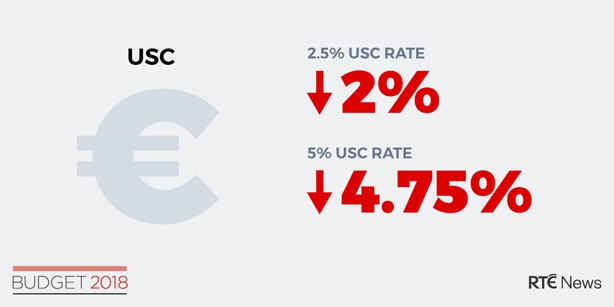 A working group will be set up over the coming year to plan the amalgamation of the USC and PRSI over the medium term.

Mortgage interest relief will be cut next year in a move that will affect about 300,000 homeowners. 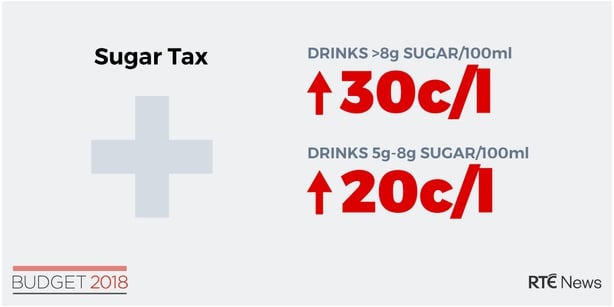 There will be a reduced rate of 20 cent per litre on drinks with between 5g and 8g of sugar per 100ml. 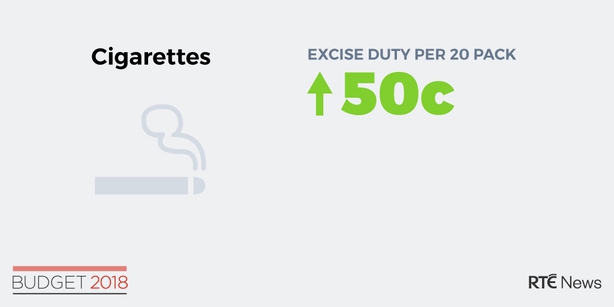 The excise duty on a packet of 20 cigarettes will rise by 50 cents. 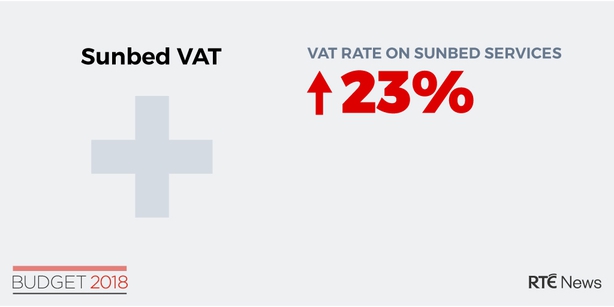 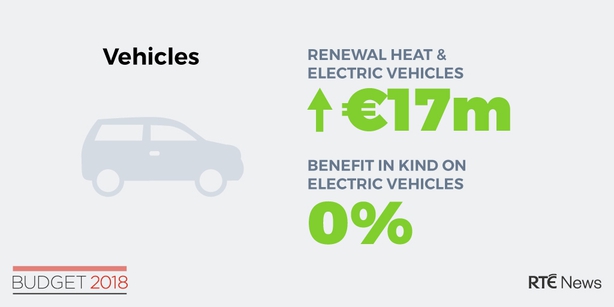 There will be €17 million for the Renewal Heat Incentive and to incentivise an increase in electric vehicles.

There will also be a 0% Benefit-in-Kind rate for electric vehicles alongside the VRT relief and SEAI grant.

A Brexit Loan Scheme has been announced to assist SMEs.

The VAT rate on the tourism and services sector will remain.

A Rainy Day Fund will be established in the coming year, with at least €1.5 billion transferred to it from the Ireland Strategic Investment Fund.