French President Emmanuel Macron’s intervention in the opinion pages of 28 European newspapers - one per State - is a good time to reflect on Ireland’s place in the European Union after Britain leaves.

On the day it was published, yet another Eurobarometer survey appeared, saying once again that the Irish are the most enthusiastic supporters of the EU.

But how much of that is a well-worked out position, and how much of it is a knee-jerk reaction to Brexit?

Since joining the EU in 1973 Ireland and the UK have tended to agree on most things, apart from agriculture policy, where Ireland has been resolutely French in outlook, and the single currency - a really decisive break with the UK. Now the French President is trying to put fresh energy and new ideas into the EU, and it’s a good time to think about where we stand.

In broad terms Ireland has found itself part of a loosely formed camp of north European small states,  and the UK, that are broadly open and liberal in their trade and industrial policies, trust in free markets and open competition, rather than the more state-led policies of France, Germany and Italy that tend to protect big national companies, and smaller specialist firms.

Up until now the distribution of power in the EU has forced these two views to negotiate compromise deals between them.

But when Britain leaves, the voting strength in the Council (remember that stuff from the Lisbon Treaty?) will change.  Without Britain, the small northern states won’t have enough voting strength to block proposals or force compromises.  Much will depend on how this new big four decide to treat the rest of the membership: will they keep chasing broad consensus, or will they use their new found power to ram more business through the system (even at the risk of more political tensions).

Since last year Ireland has been part of an informal club of northern states known as the New Hanseatic League - the Nordics, the Baltics and the Netherlands - named after the old free trading alliance of Baltic City states form 500 years ago.

Politically this group likes competition, free trade and keeping most powers with the states, not doing more in Brussels. The Dutch have become loud enthusiasts for this group - and they have the money and international trading heft to back up the rhetoric. 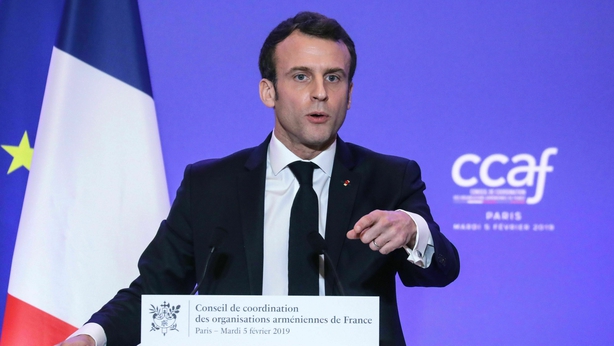 It’s a big agenda that has big implications for things like tax policy, defence and foreign policy and industrial development right across the EU - all at a time when Britain is outside the gate, and free to react in different ways.

Now France is only one country - it can’t force change through on its own. But President Macron is the only leader setting out a big vision for the EU, so everybody else has to react. Much will depend on the new leadership in Germany, as Angela Merkel is on her way out.

But it will also depend on how Italy reacts, and the volatile populist government of Five Star and the Northern League makes that impossible to predict.

The same Eurobarometer surveys that show the Irish love the EU also show the Italians don’t love it at all. Keep an eye on Italy.

The EU’s big power comes from its skill and size as a regulator - 25 years ago it created the mobile phone market we know today by setting rules on technology and breaking down national barriers to create a big market for firms playing by those rules.  Over the past decade the big project was the regulation of date - and today the GDPR rules are the global gold standard.

Over the next decade a big EU project will be regulating Artificial Intelligence, now that machines are learning how to make decisions using all that vast amount of data that’s been collected – and continues to be collected via "the internet of things" sensors in our homes, workplaces and streets.

Everything from driverless vehicles to fitness trackers to your mobile phone making suggestions to you will come under an all-embracing regulation. That regulation will shape a vast amount of industrial and  commercial life in the decades to come.

It will also shape the way the EU states interact with the rest of the world.  Our massive and wealthy single market makes us too big to ignore for firms in the US and China. And their own governments are behind the curve on regulation of AI. 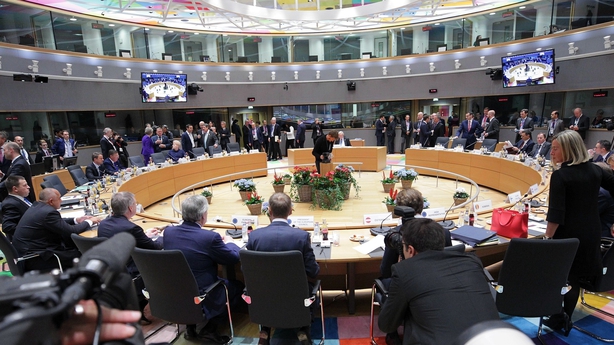 But the shaping of that regulation will depend on the political battle for the soul of Europe that President Macron’s letter to the Citizens of Europe seeks to influence.  President Macron speaks about a "Europe that protects" – both against the disruption to employment and lifestyle that a globalising economy presents, and for the protection of European Wealth creating capacity, notably its intellectual property (watch the battle over 5G data networks with Huawei of China at the moment, in which the EU and US are, apparently, on the same side). Where do we stand on this issue?.

Two weeks ago Ireland was one of 17 States that signed a letter to European Council President Donald Tusk setting out their strategic priorities for the next few years. This "Gang of 17" were the usual free-trading northern states of the Hanseatic League, along with Belgium and Luxembourg, Poland and the Czech Republic, Portugal, Slovakia,  Slovenia and Croatia.  Usually the British would have signed up to such a policy package, but were conspicuous by their absence from this one.  Here’s a flavour:

"Continued deepening of the Single Market requires a holistic approach to policy-making where Single Market, digitalisation and industrial policy are tightly interlinked. This implies managing successful transition towards a digitally-driven and sustainable European economy and an offensive industrial policy to innovate and remain globally competitive in key technologies and strategic value chains".

"A technology-neutral digital infrastructure policy and an innovation friendly regulatory environment are necessary in order to encourage companies to develop and deploy cutting-edge technologies, innovations and new business models".

"As industry value chains are highly dependent on services, it is necessary to remove remaining cross-border obstacles as well as to prevent any new barriers and risk of fragmentation in this regard".

Hardly revolutionary stuff to Irish eyes, but "offensive industrial policy" appears to stand in opposition to the "defensive" approach of President Macron.  The letter from the 17 also calls for fostering the free flow of data with trade partner countries – usually code for the US and China, but soon to include the UK as well.

The call to further open up the services market in the EU is unlikely to find enthusiastic backing in Germany.  And talk of "technology neutrality" seems to go against a "buy European" mentality (which in turn is being supported by the "Buy Chinese" and "Buy American" policies in the other big markets).  The French and Germans are also annoyed with EU competition Commissioner Margarethe Vestager for blocking a planned merger of the High Speed train makers of Germany and France, Siemens and Alsthom – a merger intended to create an "Airbus of the Railways" to compete against a very big Chinese firm that is now the world’s biggest producer of high speed trains – a technology invented in Europe that European firms may not be big enough to now exploit fully.

So there are strong arguments on both sides, as there always have been.  But Brexit removes a big player from the more "free market" camp (albeit one that has lost much of its manufacturing industry, seeming to prefer services instead). 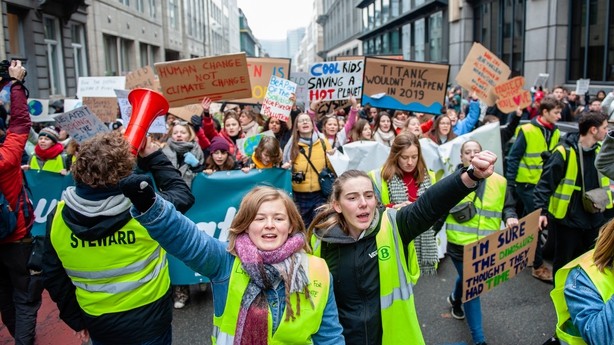 Another big policy area is climate change. This has massive implications for all human activity, but for energy, transport, heavy manufacturing, construction and agriculture in particular.  Again, regulation will play a crucial role, and the EU’s strength as a regulator that has global impact will mean EU rules and regulations will be important in the world.  How ready is Ireland to deal with this reality?  Or is politics here going to get bogged down in trying to comply with existing rules and targets, and miss the development of the big picture?

Irish politician will be able to point to speeches on all of these topics (or the Taoiseach’s signature on the letter above), but those interventions haven’t really been able to break through to the mainstream  debate in a media landscape that is obsessed with the implications of Brexit for Britain, and our relationship with Britain (see "Brexit Goggles" articles passim).

But the future direction of the EU after Britain leaves is itself a feature of Brexit – and one that we have not given enough consideration to.