Will there be a hard border at all?

The answer is of vital importance for Ireland.

He says the British PM’s technique is to allow an open row in the Conservative party, then at the last possible moment announce the compromise.

Such as the €50 billion-ish payment to settle UK budget obligations, just weeks after her foreign secretary said Brussels could "go whistle" for any money at all.

Or the outline agreement on the rights of EU nationals in the UK. Or the transition period. Or the concessions on rule taking in key business sectors to keep trade and investment flowing with the EU. Or the stated desire for "regulatory alignment", that Theresa May outlined at the start of March.

All these were apparently rejected by the UK, or at the very least loudly denounced by the Brexit wing of the Conservative party. Yet all have been conceded upon.

Next in focus is the customs union. Or, a customs union. There is a difference. Either will do if the future customs arrangement between the EU and the UK as a third country help to solve the key Ireland-related issue: the border.

Leaving the customs union is a UK "red line", as announced by Theresa May before beginning negotiations with the EU.

But the UK also wants a new customs arrangement, to try to avoid all the problems that leaving the EU customs union will produce. Such as physical customs controls at the UK frontiers.

The presence of such customs infrastructure - the hard border - is politically toxic when it comes to the only UK land frontier -  the one that runs through 500km of Ireland. But in economic terms the most important customs arrangements are those that will exist between Ireland and Britain, and Britain and mainland Europe.

And critical to this is the customs situation at the UK seaports.

The UK Road Haulage Association says 4.4 million trucks cross the UK frontier each year - four million of them go through Dover (both the port and the Eurotunnel). The physical infrastructure to cope with a customs check on even a small percentage of these vehicles simples does not exist. 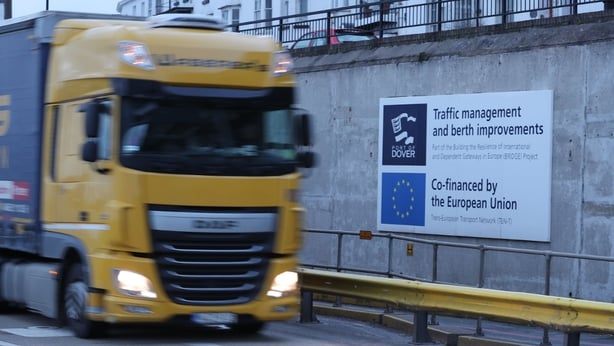 And building it will be a challenge, even with the 21 month standstill or transition period to 2020. British and French officials have warned of permanent 30km tailbacks of trucks at both Dover and Calais.

The same is true of all the other ports that deal with UK trade with the EU.

Carwyn Jones, the Welsh First minster told BBC Northern Ireland last week he was worried about the potential damage to trade with Ireland: big volumes pass through Holyhead and Fishguard, going to the British market (Ireland is the UK number 5 trade partner worldwide), and carried by Irish exporters to mainland Europe via the British 'Landbridge'.

Customs delays have the potential to hurt Irish exporters, both those selling to the UK and those just "passing through".

But that damage also applies to Britain’s exporting - and importing - companies: the damage that comes from erecting new physical barriers to trade with the UK's biggest trading partner.

Like much else in the Brexit process, the sheer illogic of demonstrating your commitment to free trade by putting up barriers to your biggest trade partner has come dropping slowly in the British political consciousness. 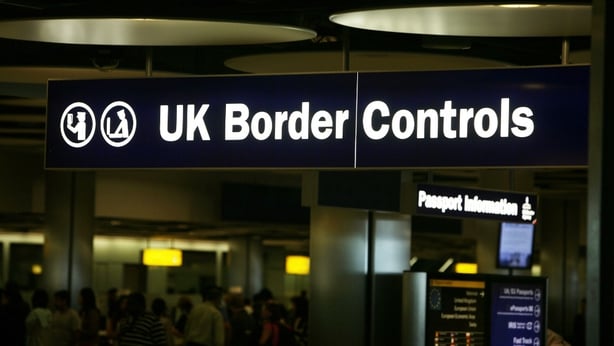 The problems inherent in this position were predictable - and indeed were predicted by the UK Parliament’s House of Lord’s EU Committee, which said in a report published in December 2016: "We are concerned that the government appears not yet to have given sufficient consideration to the implications of leaving the EU’s customs union.

"While there may be opportunities to use digital technologies to streamline customs procedures, we are troubled that the government presently has no estimate of the cost to businesses of administrative delays, compliance with customs checks, and the rules of origin if the UK left the customs union, and that it was unable to confirm whether or not such information would be available before triggering Article 50.

"Our concerns are made more acute by the implications of leaving the customs union for the UK’s land border with the Republic of Ireland."

Trade associations, such as the above mentioned road freight association, but also the motor industry have been winding up the lobbying effort, based on the simple facts the Lords warned about back in 2016: customs checks cost time, and time is money.

The problem is particularly acute in the motor industry, which is now almost everywhere run on the Toyota-derived "just in time" principle. The delivery of parts and components (representing some 75% of the value added of a motor vehicle) directly to a production line as and when they are needed cuts out the need for costly warehouses and inventory holdings.

Every day 1,100 trucks full of car parts arrive in the UK from the EU (including some from Ireland), some 300 a day arrive at the Honda plant in Swindon alone. Any hold-up of a truck at a customs check can lead to the production line having to stop. 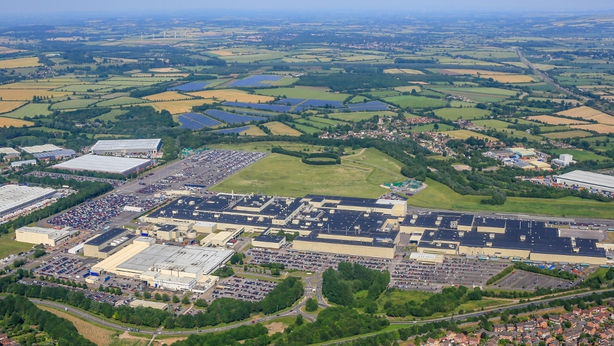 Around 60% of the bits that go into making a "British" car are imported from elsewhere in the EU, and around half of the finished products are exported to other EU countries. But the prevalence of "value chains" in modern manufacturing means new customs barriers are the last thing anyone needs.

They don’t make life impossible: but they do cost money. And that can mean the difference between the success and failure of an industrial project.

And it is a particularly important part of assessing future investments: will the costs of new customs barriers be offset by any other regulatory changes the UK may make? Or will those regulatory changes further isolate British manufactured products from their main EU market?

And that’s before we mention the impact of tariffs - estimated by the UK Society of Motor Manufacturers and Traders to add £4.5bn to the costs of UK-made vehicles a year.

So far the British response to the problems caused by any new customs barriers that will result from leaving the EU Customs Union has been "technological solutions" that are, to say the very least, vague.

Effectively it relies on an undeveloped technology being procured by the UK (and adjoining states - presumably under EU tendering rules), tested and deployed in time for the end of the transition period.

You don’t need to know that much about large-scale government IT procurement projects to feel rather uncomfortable about this one.

For Brexiteers, the big selling point for leaving the EU customs union is that it would enable Britain to cut its own trade deals, outside the Common Commercial Policy. The only problem is that almost all of the economic studies show that the gains of an independent UK trade policy would not outweigh the losses from being outside the EU customs union, or the even greater gains of being in the EU single market.

To minimise damage to the UK’s own economy (and coincidentally the Irish economy) the focus of the "future relationship" appears to be shifting in favour of "a" customs union - something that allows Mrs May to say she has kept the "red line" of leaving the EU customs union, but which in effect is the same as staying in "the" EU customs union.

This may mean something similar to the EU-Turkey customs union, which avoids the need for most physical checks at the frontier. It does entail paperwork, as Turkey is a third country, so, for example, rule of origin documentation has to be done. But this can be done by adding it to the existing computer based customs and revenue systems that handle trade inside the EU single market now (freight movements have to be accounted for in the VAT system).

The question is how the British government (or more specifically Prime Minster May) sells this idea. Does she follow Taylor’s "managed surrender" model, or go for a confrontation with the hardline Brexiters?

As the clock counts down, the British are running out of time to have both an internal argument and a negotiated Brexit settlement.

The view is gaining ground that the British want a Brexit at almost any price. This is why there has been so little pushback to the "managed surrender" path of Theresa May: every "surrender" is accompanied by steps that get the UK closer to being a former member state of the EU.

The Financial Times has reported that the hardline Brexiteers have decided not to fight every change in Brexit policy in favour of saving their powder for one big autumn battle over Customs Union policy.

Is it a sensible policy to conserve political resources, or bluster to cover up a busted flush? Where is the much vaunted House of Commons majority, and is it capable of asserting itself on the customs union issue? Only time will tell.

If the political and economic demands of Ireland are to be met, along with the economic demands of Wales and Scotland, and pretty much the entirety of UK exporting and importing businesses, and the other EU states that do significant business with the UK, then the minimum viable solution is to be found in a customs union between the UK and EU.

The managed surrender bit is giving up on the notion that the UK will be able to cut significant trade deals on its own.

This is the British political row to watch as spring turns to summer.