EU leaders and senior officials from the institutions are well schooled in the art of not commenting on the internal political affairs of member states. At least not in public.

Over the next ten days, the prospect of Britain shaking off months of deadlock and moving into the second phase of negotiations pivots on an elaborate choreography involving Theresa May artfully making concessions to Brussels.

These will be concessions on the financial settlement, EU citizens rights, and the Irish border.

For that reason, many officials in Brussels were today asking the question in private: what is going on in Dublin?

One former Brussels official who works for a member state foreign minister was frankly aghast at the idea of a government collapsing "over an email" at a time when the stakes for Ireland could not be higher at EU level.

In general, officials involved in the negotiations are simply curious; so far that curiosity hasn’t translated into anxiety, yet.

One source very close to the EU-UK negotiations asked me what Leo Varadkar’s powers would be if an election was called. Would he have the legal and political authority to make a potentially epic call on whether to wield an Irish veto if Dublin isn’t satisfied with what Britain offers to avoid a hard border?

The fact is that of all three issues, the Irish border, long seen as a somewhat exotic complication, has now moved into poll position as the most intractable.

Theresa May on Monday was given a qualified green light by the cabinet subcommittee on Brexit to offer more money beyond the €20 billion suggested in her Florence speech. 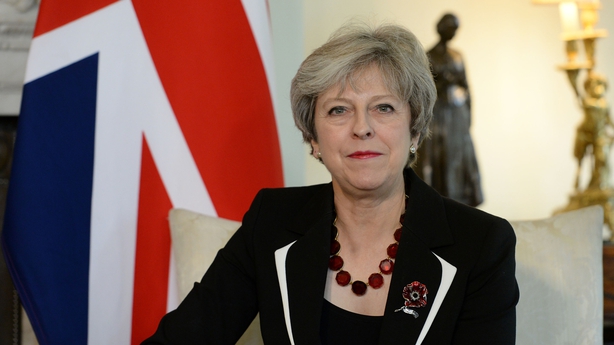 The issue of EU citizens’ rights looks solvable even if the role of the European Court of Justice and family reunification issues still need work.

On Ireland, the Task Force working paper, leaked on 9 November, moved the action towards the North remaining in the customs union and single market. The whole question of maintaining the rules of those two EU frameworks on either side of the border is now where the debate is at: Dublin has proclaimed loudly that this is the logic of its long held (and EU-supported) position, just that London wasn’t hearing them.

London is now saying: we hear you.

While there are soundings of dialogue, there are no concrete proposals yet from the British side, and in Brussels the feeling is that the UK is itchy about how tough the Irish are playing it.

One senior EU official says: "I’m sensing a bit of nervousness in London in terms of the messaging that’s coming out of Dublin that’s quite robust at the moment."

In terms of the timing, all sides believe Theresa May has ten days to get this right. A dinner with Jean-Claude Juncker on 4 December will be a key milestone in which she’s expected to table proposals on all three issues. Those ideas will then go to a meeting of the EU 27 ambassadors, the formation known as Coreper, to be road tested.

Once that stage is out of the way, the EU 27 sherpas (the personal envoys of the heads of government) will work the proposals further, so that formal council conclusions can be drawn up in time for the summit.

There is every possibility the UK ideas will be rejected. France and Germany have taken a tough line in general, while other countries have their own issues. (Sweden is a big net contributor to the EU and won’t want the UK to be given any flexibility on meeting its liabilities as it leaves).

Which brings us back to the Irish question. Dublin has argued (correctly) that its assessment of how to avoid a border returning has been consistent since the referendum itself.

The signals so far are that the EU 26 will take their cue from Dublin as to whether "sufficient progress" has been met on the border issue. But national delegations are cautious: if London argues that keeping Northern Ireland in the single market and customs union undermines the constitutional order of the United Kingdom, they may shirk from pushing what is for every member state a very sensitive issue around sovereignty.

The Irish government will argue robustly that the Good Friday Agreement copperfastens the constitutional status of Northern Ireland and that flexible and imaginative solutions on the customs union etc can keep things that way.

How effectively, though, will Ireland be able to fight its corner if Leo Varadkar and Simon Coveney are in the throes of an election campaign?

"Throughout history" says one British source "negotiators don’t like instability on the other side. It can cause delays and confusion. That’s never a good thing in any negotiation."

However, the source qualified, "there’s no sense that it gives the UK an advantage. This is what they said about us, all the way through the party conferences and the autumn, will Theresa May stay, won’t she stay.

In the end Donald Tusk [the council president] said we don’t comment on the internal politics. Secondly we get on with the job in terms of who’s in front of us." 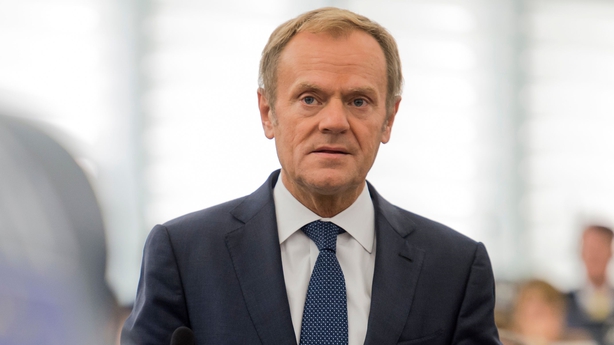 Another shrewd observation is that an election – or the threat of an election – might strengthen Ireland’s negotiating hand. If Leo Varadkar were to fight an election against Fianna Fáil and Sinn Féin, he would definitely go hardball on the border issue.

And he would have the support of the leaders from Fine Gael’s political grouping, the European People’s Party (EPP)

It is hardly ideal though, from an Irish point of view.

"People are wondering at this stage," says another EU source, "trying to decipher what it really means, how it might play to Varadkar’s advantage. Is he is gaining popularity by playing a tough game with the British on Brexit? Or is it a destabilising factor? The lines aren’t straightforward yet."

I asked one source if Leo Varadkar would be weakened as a lame-duck Taoiseach. "It didn't stop his predecessor," was the immediate response.