Boris Johnson was uncharacteristically modest about the UK becoming the first western country to authorize a Covid-19 vaccine. He had been asked by the Sun newspaper if Britain's speedy authorization process was a "Brexit dividend" - a result of being free of EU rules.

The Prime Minster said he ought to be diplomatic and not rise to the question, preferring instead to say it was simply great news for everyone that a Vaccine had been authorised at all.

Beside him at the Downing Street news conference Dr Jonathan Van Tam said it was wonderful that two scientists of Turkish heritage had developed a vaccine in Germany, with US financial backing, then undertaken clinical trials in a number of countries, using people of all ages, and that the UK had played it part by organizing a licensing authorization process that, whilst getting there first, met all the highest scientific and safety standards.

This was stated clearly in the morning briefing by the Medicines and Healthcare products Regulatory Authority (MHRA), the body that licenses medicines in the UK, when ii made the formal announcement.

The agency’s director, Dr June Raines, said the UK was still bound by EU rules on medicines until the end of the month (when the transition period ends), but those same rules allow every member state to act independently if there is a public health emergency (the so called public health override).

Which is what the UK did – it organized its own authorisation process, in line with EU rules.

That process is an Emergency Authorisation. It is not general marketing approval for the vaccine, but rather is limited to an individual batch (batch number EJ0553). Further batches have to be individually approved by the MHRA.

This was clearly stated by the Chief Medical Officer of BioNTech, Ozlem Tureci, during a company press briefing in Mainz, Germany this morning, when she said :"We have to announce that today the first global emergency use authorisation has been granted for phase three clinical data backed COVID-19 vaccine by the MHRA, the UK regulatory agency.

"We have started immediately the process of delivering our vaccine. And we expect that the roll out of the vaccine in the UK will happen within the next couple of days."

The European Medicines Agency is taking a different approach to the authorisation of the Pfizer/BioNtech vaccine.

While it is open to each EU state to issue its own Emergency Authorisation, the EU 27 is looking for a Conditional Marketing Authorization (CMA). According to the EMA website:

"In the EU, CMAs allow for the authorisation of medicines that fulfil an unmet medical need on the basis of less complete data than normally required. This happens if the benefit of a medicine or vaccine’s immediate availability to patients outweighs the risk inherent in the fact that not all the data are yet available.

"CMAs are being used in the context of the pandemic to promptly respond to the public health threat. However, the data must show that the benefits of the medicine or vaccine outweigh any risks. Once a CMA has been granted, companies must provide further data from ongoing or new studies within pre-defined deadlines to confirm that the benefits continue to outweigh the risks.

"If EMA concludes that the benefits of the vaccine outweigh its risks in protecting against Covid-19, it will recommend granting a conditional marketing authorisation. The European Commission will then fast-track its decision-making process with a view to granting a conditional marketing authorisation valid in all EU and EEA Member States within days."

Germany’s health minister, Jens Spahn, said Berlin had also considered the fast-track authorisation chosen by the UK and allowed under EU law, but the task of convincing people of the safety of vaccines was crucial.

Licensing medicines is a bit of a sore point in the UK. London used to host the European Medicines Agency, the European regulator. It was based there because of the UKs acknowledged expertise in the fields of pharmaceutical research and product licensing.

But after the Brexit referendum, the European Medicines Agency (and the European Banking Authority) had to move, to be physically based in the EU. That is why the EMA is now in Amsterdam (and the EBA in Paris).

The UK has won the "race to be first" to authorise a Covid-19 vaccine, but there is a lot of small print attached to that authorisation. If the aim was to beat the EU for speed, then it has done that, albeit using EU rules.

And if European leaders are feeling a little miffed (though trying hard not to show it), imagine how US President Donald Trump feels? His America first policy led to claims that he wanted to buy BioNTech and relocate it to America back in early March.

Politico reported yesterday that the President was pressuring the US regulator, the FDA, to win the vaccine race. After all, the US, through government and industry, has poured billions into developing vaccines in a project dubbed "Warp Speed" by the President.

Perhaps the Prime Minster was wise to be diplomatically silent to the man from the Sun. 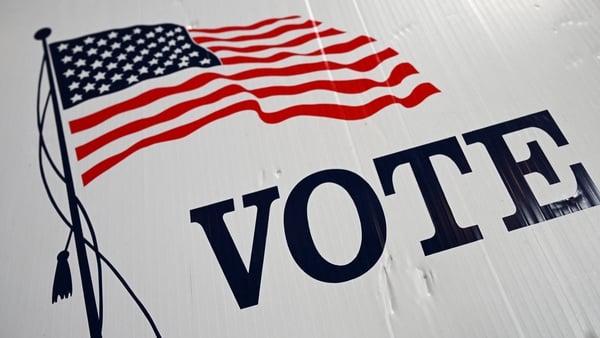