This is a win for Boris Johnson. In a trial of strength between him and Nigel Farage, it is Mr Farage who has blinked first.

Announcing earlier today that the Brexit Party will not contest the 317 seats won by the Conservatives at the last General Election, Mr Farage has publicly climbed down, following weeks of internal party disagreement over his strategy, including a falling out with the party's main financial backer Aaron Banks.

It's a win for Johnson because in this election he has to fight a war on two fronts: against the Conservative's traditional enemy, Labour, on the left; and against a new enemy, the Brexit Party on the right.

Today's move, whilst not a complete knock-out of the Brexit Party, does hugely reduce their threat. It makes Farage look like a loser, as he is the one making concessions.

Johnson looks the stronger of the two now, with his decision not to form an electoral alliance with the Brexit Party vindicated, at least for now. 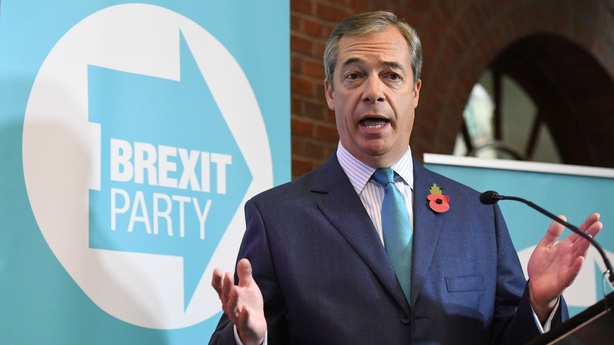 The Conservatives now face a new choice - form an electoral pact with Farage to reduce the number of candidates further, and get a better chance of winning a majority by not splitting the vote in target Labour marginals; or decide that as refusing to deal with Farage has worked so well, carry on with more of the same, and crush him and his movement.

There is a suspicion that moves to form such an alliance will continue, but given the way today has played out there must also be a suspicion that any such moves are simply designed by the Tories to play the Brexit Party along, to gull them into doing exactly what the Tories want them to do, which is to implode.

In yesterday's Mail on Sunday newspaper, Aaron Banks wrote that the party must "face the truth that many of Nigel's 600 candidates do not stand a hope in hell of winning - only of stealing precious Tory votes".

Banks outlined a potential deal - he said it was being negotiated by City lawyer Andrew Reid - that would see Farage stand down those of his candidates who cannot win, but only on condition that changes are made to the deal Boris Johnson agreed with the European Council last month, notably to the political declaration on future relations, so that there is very little regulatory convergence with the EU.

It doesn't look like that deal came together. But the wedge between Banks and Farage has been well driven in.

Mr Farage is trying to put on a brave face, talking of a de facto anti-Remain alliance already, saying taking the fight to Labour and the Lib Dems will help the Tories win a Brexit majority.

But he doesn't look or sound convincing: indeed he didn't look convinced by his own words at the campaign event, (even less so in a tough interview on Sky News afterwards). And that’s always a tricky situation for a politician to find themselves in.

The ladder he used to climb down from his position also looked particularly flimsy: a social media video in which Boris Johnson said he would not extend the Transition Period for Brexit beyond the end of 2020, and would seek to negotiate a Canada style trade agreement with the EU.

And yes, before you say it, Nigel Farage himself mentioned the Prime Minister's "die in the ditch" remarks about Brexit by 31 October.

To which one can append many other things Mr Johnson said he would do, but subsequently didn't. 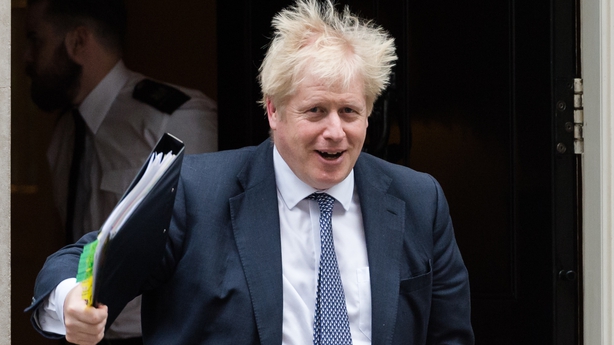 Indeed in a campaign in which Labour has made trust in Boris Johnson one of its key themes, Nigel Farage, in saying he trusts the Prime Minister’s video tweet enough to jettison half his electoral strategy simply reveals how weak his hand is.

Nevertheless, he could still turn out to be the wrecker of Conservative hopes by splitting the anti-Brexit vote in the Labour marginals that Johnson needs to win if he is to be prime minister with a working majority.

And without that majority, Brexit remains in doubt. By being seen to clearly side with the Tories, perhaps Nigel Farage has made it harder for traditional Labour voters who want to leave the EU to vote for the Brexit Party as the alternative to both the Tories and Labour.

It’s been a bad day for Nigel Farage, a public humiliation: even the coup of getting US President Donald Trump on his radio show to call for an alliance between Farage and Johnson to get Brexit done, makes the fall even harder.

First Nigel Farage said he wouldn't stand for election himself. Then he cancelled the election for some 300 candidates.

The next line of retreat to watch for will be if the Brexit Party abandon the contest in a large swath of Labour marginals to clear the way for the Tories, without a formal deal that guarantees them the prospect of a handful of seats.

And in the background, someone is encouraging lots of media chatter about Nigel Farage moving to America for a new career...