The last time I witnessed the kind of febrile, panicked, chaotic political meltdown we have seen in Westminster last week was in the long hot summer of 2015, in Greece. The sun was hot enough to melt bits of our satellite rig.  The political heat was worse.

Back then the Syriza-led government of Alexis Tsipras was in the dying days of its six-month long revolt against the European Union as the perceived agent of the country’s economic calamity.

Such was the opposition to a new Troika programme - opposition chiefly led by then finance minister Yannis Varoufakis - that a snap referendum was called. It rejected the Troika programme and the austerity it would bring. The EU stood firm. The banks closed. Cash was rationed through the ATM network. The country went to the brink. The EU still stood firm. Within days of the referendum, the parliament about-faced, and took the deal.

It was the closest we came to Grexit - the term coined to describe a Greek exit from either the single currency or the EU. Neither happened, but it was a close call, and a traumatic period. And despite the stern external countenance, it was a deeply scarring experience for the EU too, especially the European Commission.

The way Greece was dealt with changed after that. The Syriza government finished the programme to the apparent satisfaction of the EU last year. This year Greece has made its debut in the "semester" system of budget making for euro area countries, just like all the rest. Back from the brink, though the crisis is far from over, especially on a social and political level.

The summer of 2015 was the time of peak Grexit. It was the peak of the migration crisis too, as the human wave fled the Syrian war, and came cascading into Europe. But it was also the year we moved from Grexit to Brexit, the year that David Cameron chose to call the referendum on UK membership of the EU.

Four years on, and Westminster is the Athens of the North. The British parliament, like its Greek counterpart then, is the scene of emotional posturing, fevered scheming, endless regurgitation of unworkable ideas that were killed off long ago, rancour, division, late nights, weary bodies, jaded minds. And ever-increasing desperation. Like Athens in 2015, Westminster in 2019 sees a grave shortage of honesty, realism and leadership from elected representatives. 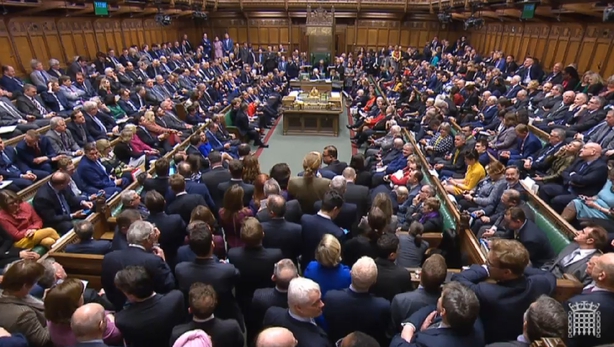 But while a new Greek government of mostly political rookies can be forgiven for not knowing all the ropes on the ship of state, the same cannot be said of Westminster, where the members have had every opportunity to familiarise themselves with the details of how the EU actually works, and how best to remove the UK from it, but have conspicuously failed to do so.

The ignorance of so many at Westminster in this matter of the utmost national importance is truly staggering. And it is that revelation that many of my journalistic colleagues from across Europe have found most disturbing; that so many British politicians are prepared to take such monumental decisions on the basis of  such colossal ignorance of that which they claim is damaging their country. Know thy enemy is sound advice. They refuse to follow it. Just ask Sir Ivan Rogers when he is in Dublin next week.

The celebration of the unlearned by the unprincipled, the elevation of dogma over fact, the rewarding of bullying over brains - all have led the British political class to where they are now: clawing at each other in last minute desperation, seeking to find answers to questions that should have been asked, and answered, long before they set the Article 50 clock in motion.

No wonder they have missed the deadline - even if they vote yes to the Withdrawal Agreement (at the third time of asking), they will still not be able to get all the legal work in place by 29 March. An extension is inevitable, even a short technical extension, because the British couldn’t get the job done on time.

Who knows what a longer extension might bring? More of the same? Another two years of this?

The suspension of clarity for such a long period is as grotesquely unfair to the business community, here and in the UK, as the suspension of normal banking services was to ordinary Greeks in 2015. At least then it was only for a couple of weeks. How much damage will another two years of under-investment do to the UK economy. And by extension, ours?

The chaos in the Athens of the North is worse than the chaos of the Athens of the South in 2015, because most in the governing majority in the Greek parliament were inheritors of somebody else’s mess.  The British MPs have no such excuse, they own it. 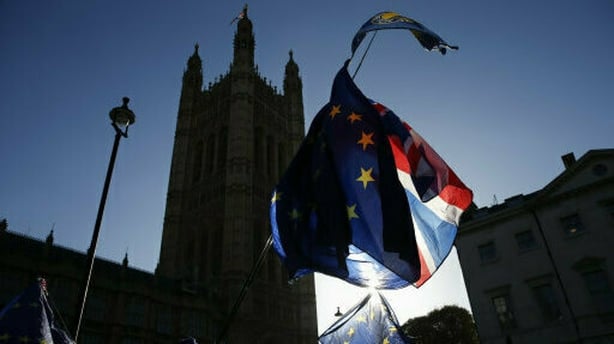 Back in 2015, the Irish Government commissioned the ESRI to produce a first report on the impact of Brexit on the Irish economy. Published in November of that year, the report identified the parts of the economy that would be hardest hit by tariffs and customs checks - the agri-food sector - and the parts of the country where the hammer blow would fall heaviest.

So it was clear, from a long time before the referendum had even taken place, that a tariff and customs regime from Brexit would inflict serious economic damage on Ireland. Yet it was almost completely ignored in the British campaign and British media.

They are still ignoring it. On Wednesday the UK government published its tariff and Northern Ireland border policies - emergency policies to deal with these vital issues that are due to operate for 12 months after a no-deal Brexit.

Our first reaction was that they were designed to put political pressure on the Irish to get rid of the backstop. Others said it was aimed at pressurising the DUP into supporting the deal, while the official version was that it was aimed at dragooning MPs into voting for the Withdrawal Agreement.

But the proposed tariff and border regime, if it ever came into existence, was also designed to pressure the EU into immediately negotiating a new relationship with the UK, so it could get rid of the proposed tariff plan (which included big hikes in the price of cars made in mainland Europe and shipped to the UK).

As a trade policy it was a shoddy piece of work, bearing the hallmarks of being hastily thrown together. Trade practitioners and lawyers were scathing in their assessment. In theory its deeply suspect. In practice its unworkable. Nevertheless, it is the policy of the UK government, to be implemented if the country goes over the Brexit cliff at the end of the month.

My newsdesk colleagues, who watch a lot more British TV news than I do (indeed a lot more than is healthy) were struck by one thing about the British tariff and border policy - its near absence from reporting on the airwaves last Wednesday. 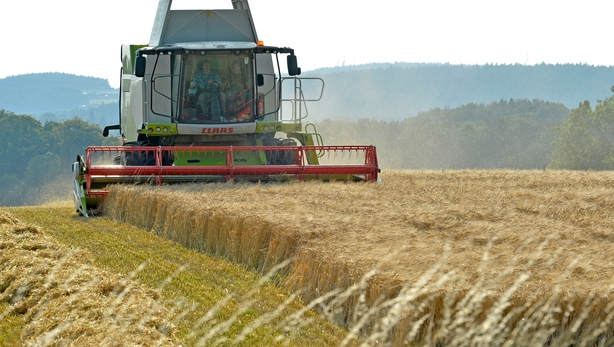 While it was big news in Ireland - understandable as it clobbers a big chunk of Irish agricultural exports - it was not news at all in the UK. Think about that, a government policy that will make food and cars more expensive for consumers while making imported clothes and televisions cheaper, as well as radically reshaping the country’s trading relationships, was not deemed worthy of reporting.  It’s almost as if they don’t believe their own government will actually bring such measures in.

Or perhaps they were just sucked into relaying the Greek tragedy replaying as farce on the Westminster stage - where the Brexit secretary passionately urged members to vote in favour of a government motion, then promptly voted against it himself. Cabinet splits, backbench splits, opposition splits, splits left right and centre - everything but clarity and decision making, the two things that are needed most.

Yanis Varoufakis quit Greek politics the night his parliament voted to accept the Troika Programme. He is now standing, for the pan-European DiEM 25 party he founded, in the upcoming European Parliament election in Germany, not his home country. 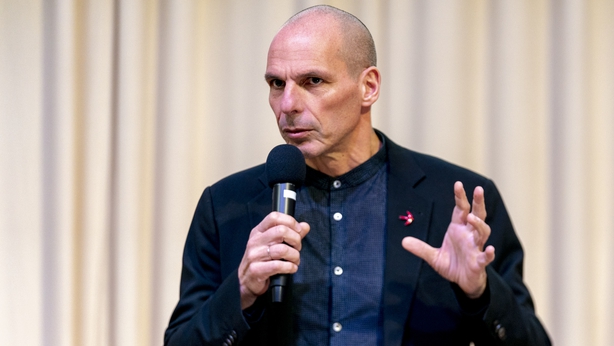 A long delay to Brexit may mean he is joined in the MEP contest by many of those who campaigned loudest for Brexit, just when many politicians hoped never again to have Nigel Farage and his crew darken their door in Strasbourg. That could bring the paralysis of Westminster to the European system - like it needs more inertia.

Four years on, we are still broiling in the heat of the long hot summer of 2015, despite Storm Gareth’s best efforts to bring some cool air to the Athens of the North. While there is no more talk of Grexit, there is far too much talk of Brexit.

A British view of Brexit talks - things still on track