The death has been announced of the RTÉ broadcaster Larry Gogan, who was aged 85.

He worked in broadcasting for almost six decades and was best known for his work on RTÉ 2FM, where he was a DJ for 40 years before moving to RTÉ Gold.

Born in Dublin in 1934, Larry Gogan was fascinated by radio from an early age and began broadcasting, first with sponsored programmes, and then with Raidió Éireann.

He always loved presenting music shows and was the natural choice to move across to RTÉ 2FM when that station opened in 1979, remaining one of that station's favourite DJs for the next 40 years.

He will best be remembered for playing classic hits on the Golden Hour and hosting the Just A Minute Quiz, which became as famous for its wrong answers as it did for the correct ones.

The first band Larry Gogan played on 2FM was the Boomtown Rats and he remained a strong supporter of Irish music over the years, winning many awards from the music and broadcasting industries.

He was also a member of the IMRO Hall of Fame.

Larry Gogan left RTÉ 2FM in January last year, and the station was renamed Larry Gogan FM for the day in recognition of his tremendous contribution to broadcasting.

He then began a show on the digital station RTÉ Gold.

The broadcaster also presented a variety of television programmes, including Pickin' The Pops, Go 2 Show and The Golden Hour. He commentated frequently on the Eurovision Song Contest.

His Funeral Mass will take place on Friday morning at 11.30am at the Church of St Pius X in Templeogue, followed by private burial.

Larry Gogan had been ill in recent years. He was predeceased by his wife Florrie, who was 15 when they met.

Both their fathers ran newspaper shops in Dublin. They were engaged two years later and married when she was 21.

He is survived by his five children - Gerard, Orla, Grainne, David and Sinead - and 12 grandchildren. Florrie died in January 2002.

"He transcended generations - whether it was a hilarious moment on the Just a Minute Quiz, the breakneck countdown of the weekly top 40, or the first play of a Christmas song - Larry didn't just preserve these traditions, he created them," she added.

Head of RTÉ 2FM Dan Healy said: "Larry was a huge part of the foundation on which 2FM was built.

"He was, arguably, the greatest music DJ in Irish broadcasting history; that gorgeous voice; that genius with a link; that love for the music.

"Larry won all the major radio awards in Ireland but over and above them all he had the one that mattered most: universal popularity. Everyone loved Larry, and we'll all miss him deeply."

A book of condolence has been opened for Larry Gogan in the RTÉ Radio Centre for people to sign.

The RTÉ Radio Centre is open from 9am-7pm. 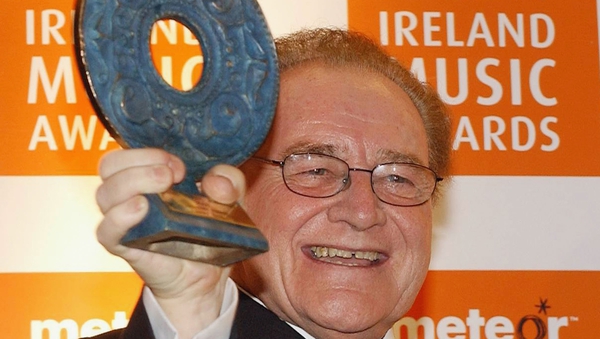 'For Larry it was all about the music, and the listeners'