Road drama Nomadland was the big winner at the Oscars in Los Angeles on Sunday night, winning Best Picture, Best Director for Chloé Zhao and Best Actress for Frances McDormand. There was a shock in the Best Actor category, as the late Chadwick Boseman was not posthumously honoured as had been expected.

It was Nomadland star McDormand's third Best Actress Oscar - she previously won for Three Billboards Outside Ebbing, Missouri and Fargo - and fourth Academy Award, as she also shared in the Best Picture win as one of the producers of Nomadland.

"I have no words, my voice is in my sword, we know the sword is our work," said McDormand on the stage. "And I like work. Thank you for knowing that and thanks for this."

Like star McDormand, Zhao also shared in the Best Picture win as one of the producers.

Minari star Yuh-Jung Youn's Best Supporting Actress win was the first for a Korean actor and only the second for an Asian actor.

The big shock on the night was that Chadwick Boseman was not posthumously honoured with Best Actor for his performance in the music-drama Ma Rainey's Black Bottom. The award went to Anthony Hopkins for his role in the dementia story The Father.

Fans took to social media after the result was announced to express their anger and dismay that voters had failed to take the opportunity to recognise Boseman, who lost his battle with cancer last August. At 83, Hopkins becomes the oldest winner of an acting Oscar. He was not present at the ceremony.

Irish hopes were focussed on the Best Animated Feature category, but there was disappointment for Wolfwalkers from Kilkenny's Cartoon Saloon, with the Oscar going to the favourite, Pixar's Soul.

The ceremony itself failed to live up to its billing of "the aesthetic of a film as opposed to a TV show"; it was a low-key and slow affair, lacking the flow and standout moments normally associated with the biggest night in Hollywood's calendar. There were no musical performances.

A number of winners, including Judas and the Black Messiah's Best Supporting Actor Daniel Kaluuya, spoke of racial equality and social justice as they accepted their awards.

"Refuse hate," said writer-director Tyler Perry as he received the Jean Hersholt Humanitarian Award - the most succinct exhortation during an acceptance speech.

Oscar-winner Regina King opened the ceremony at Union Station in Los Angeles by saying: "It has been quite a year and we are still smack dab in the middle of it."

Referencing the conviction of former police officer Derek Chauvin over the death of George Floyd, she added: "If things had gone any different in Minneapolis I might have traded in my heels for marching boots."

You can watch the 93rd Academy Awards on RTÉ2 and RTÉ Player from 9:35pm tonight.

The winners in full:

Best Adapted Screenplay
The Father - Christopher Hampton and Florian Zeller, based on the play by Zeller

Best Original Song
Fight for You from Judas and the Black Messiah - Music by D'Mile and H.E.R.; lyric by H.E.R. and Tiara Thomas 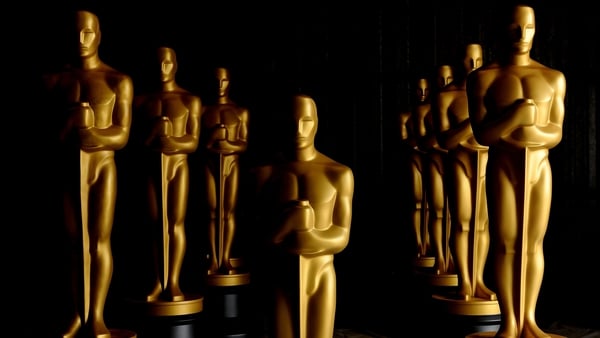 Everything you need to know about the Oscars 2021