Gaelic games has a detailed rule system that has been changed frequently since it was first formalised with the establishment of the GAA in the 1880s. Some rules are suitably enforced, but other rules often fail to fulfil their purpose.

So why are so many GAA rules ignored? For many, the answer to that question is simply: this is how we play the game. Transgressions in play are tolerated when they are characterised as 'getting to know your opponent'. Those who officiate in Gaelic games have an unenviable task of applying the rules, timekeeping and importantly, enforcing fair play. Many, like Tipperary’s Babs Keating, reminisce about a bygone era when referees had a less noticeable role, when players were more honourable and the games were played in a more honest manner, You’d swear by some accounts that Christy Ring and Mick O'Connell never conceded a free.

From RTÉ 2fm's Game On, Peter Sweeney looks at some of the overlooked GAA rules

But the truth is that such an era probably never existed. Today, we see more instances of rule breaking because there are more officials, reporters and spectators watching every match and competition, not to mention the internet and media discussing offences in detail. Social media also plays a role in rule-breaking incidents gaining widespread attention.

There are regular examples of cases of rule breaking that are not clear cut, but do involve stretching the rules or taking advantage of vagueness in the interpretation or application of the rules. Hand-passing in hurling, the wearing of gum shields and ambiguity around tackling in football are rules that regularly test the interpretation of referees in today’s games.

A penalty awarded to Tipperary in their Munster hurling semi-final against Clare in 2021 became subject to detailed analysis and debate afterwards. Early in the second half, with the Banner in the lead by two points, Aidan McCarthy was sinbinned for a reckless challenge on Tipperary’s Jake Morris near the sideline. Even though the incident occurred more than 30 yards from goals and with a number of Clare defenders present, referee James Owens deemed it to be a goal scoring opportunity because the foul occurred inside the 20 metre line, and awarded the penalty, duly dispatched to the net by Jason Forde.

Strategic fouls, such as this incident, are committed not because playing within the rules is too morally demanding. It is because players are under immense pressure to succeed and strategic fouls can help them become winners. The only time a full-back line togs out in Croke Park and doesn’t foul strategically are probably during the half-time Cumann na mBunscol matches.

In a discussion of intentional violation of rules in sport, Yuval Eylon and Amir Horowitz maintain that the ‘real’ rules of sport are the rules players follow. By this, they mean that the practice determines the rules, and not vice versa. With an oversupply of rule changes sanctioned by Congress in recent years, the voices of GAA administrators are often louder than players when it comes to changes to the game.

A clear mismatch between Congress delegates and players was demonstrated in October 2021 when the GAA's Special Congress voted not to adopt the league-based All-Ireland football championship known as Proposal B. At the time, 80% of the players were in favour of the change, but 50% of the voting delegates did not represent that view, revealing the gap between those who instigate the rules and those who are obliged to play by them.

However, a reform of the football championship will again be considered this month. Congress is due to decide on the green proposal, which would see the retention of the current Allianz League and provincial championships from 2021, followed by round-robin groups in the Sam Maguire and Tailteann cups.

Some rules are demanding and require far too much effort to regulate. The official GAA rules state that a cup or trophy cannot be filled with any type of alcoholic beverage and the penalty for infringement is a 12-week suspension for an individual or group. How can this rule be applied realistically? Who’s going to squeal on a team in the middle of their celebrations? Is the person who purchases the alcohol that is in the cup responsible or the person drinking from it? The most effective way of eliminating any misunderstanding over the rule is to either consume all liquid evidence or win a shield competition instead.

Perhaps the most manipulated of all GAA rules relates to the amateur status of the association. A player, team, official or member is prohibited from accepting payment in conjunction with the playing of Gaelic Games and expenses paid must not exceed the standard rates outlined by the Central Council.

It would be naïve to think that these rules are fully adhered to when recruiting management teams across the country and particularly, for players recruited to play overseas. Has the 24-week suspension or expulsion that is threatened for breaching these rules ever been dished out persistently? Answers on a postcard. Overseas players will have to answer via air mail, of course.

Players and GAA members rely on the enforcement of the formal rules by officials. Often, acts of disobedience have no consequence at all, which creates a vicious circle of violation of rules. Rules are enforced, adapted and ignored to suit circumstances. In many ways, the only consistency of rules is the consistency with which they are broken. 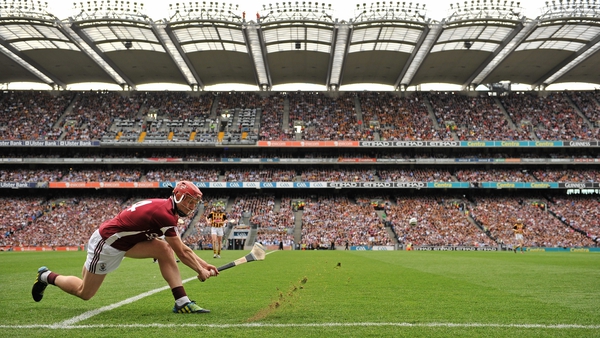