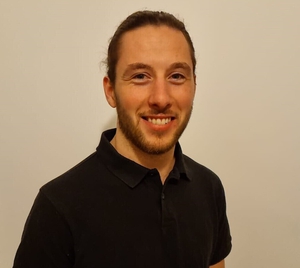 Opinion: There are many reasons to be optimistic about the role hydrogen might play in replacing diesel, coal and gas

As part of the COP26 deal, governments from nearly 200 countries have agreed to 'phase down' coal use and ‘inefficient’ fossil fuel subsidies. Now that a global consensus has finally been reached, how will we cut down our use of and eventually replace fuels like diesel, coal and gas?

The first step to decarbonizing the energy we use for transport, homes, and industry is efficiency. This means walking and cycling, retrofitting homes and reducing our energy consumption wherever possible. The next step is electrification. By driving battery electric vehicles, and using heat pumps to heat our homes and businesses, we can make use of the ever-growing share of wind power in our electricity system instead of petrol, diesel and heating oil.

However, some of the most polluting sectors of our energy system, such as aviation and shipping are unsuitable for electrification, for a number of reasons. One reason is the prohibitively large weight and size of the batteries that would be needed to power such vehicles. Other solutions, such as hydrogen and biofuels, will be needed to decarbonize these more challenging sectors. Most of Ireland’s energy is predicted to be met by wind power in 2050, with hydrogen playing a small but nonetheless crucial role.

So what exactly is hydrogen and what role could it play in a clean energy future? Hydrogen is a colourless, odourless and non-toxic gas that produces no greenhouse gas emissions when burned. In fact, the only product of hydrogen combustion is water. Electrolysers use electricity to split water into hydrogen and oxygen. If renewable electricity such as wind or solar is used to do this, then we can say that the hydrogen produced is renewable. Unfortunately, some energy is lost in the process, meaning that hydrogen is not as efficient as using electricity directly.

But unlike electricity, hydrogen can be stored as gas or liquid onboard a vehicle and then burned or used in a hydrogen fuel cell. Fuel cells use hydrogen to generate electricity and heat to power the vehicle and are more efficient than traditional petrol or diesel engines. Hydrogen vehicles also have longer range and shorter filling times than their battery electric counterparts, which makes them more suitable in some cases for applications such as trucks, buses, and trains. In fact, there are already hydrogen buses on our roads in both Dublin and Belfast.

Longer distance modes of transport such as ships and planes may also use hydrogen in the future, with airplane manufacturer Airbus announcing plans to build hydrogen planes for commercial operation by 2035. Hydrogen can also be used to create electrofuels which are chemically identical to fossil fuels. These can then be used in existing aviation and shipping fleets without the need to build new vehicles or infrastructure. Other areas that hydrogen is tipped to decarbonize include steel manufacturing and high temperature industrial processes.

One of the key areas of interest around hydrogen is its potential to stabilize the electricity system. Hydrogen could be used in the future to store vast quantities of renewable power from periods of high wind or solar. It could then be used days, weeks, or months later in transport, and industry, or even be burned in a hydrogen power plant to generate electricity, replacing traditional coal and gas power.

One major concern about hydrogen is safety, due to its explosive properties. However, hydrogen has been safely stored, transported and used in the chemical industry for decades. It is important to remember that the fossil fuels we currently use are also dangerous without the necessary safety standards, equipment and training, and the same systems will need to be in place for the use of hydrogen as a fuel.

From RTÉ's Hot Mess podcast, does the absence of a national hydrogen plan mean Ireland is overlooking a golden opportunity to cut emissions?

So how far away is this clean hydrogen future and what do we need to do to get there? A co-ordinated effort is needed to transition to an efficient energy system based on renewables, whilst stimulating demand for hydrogen and other clean fuels. Pilot projects such as GenCOMM, the first hydrogen supply chain on the island of Ireland at Long Mountain Wind Farm, are vital to test technology and develop an understanding of best practices.

Bigger projects are already on the way. Ireland’s first large-scale green hydrogen facility, which will be located in Cork, is due to be operational in 2023 and the ESB plans to convert Moneypoint power station into a hub for offshore wind also include ambitions to produce hydrogen there. If such projects are given sufficient policy support through a strong carbon tax and subsidies, hydrogen could realise significant cost reductions by 2030, emulating those of solar and wind in the last 10 years.

The dawn of a clean hydrogen industry represents a huge opportunity for Ireland. We have a vast offshore wind resource, and some of this energy could be used to produce huge amounts of hydrogen and other electrofuels for use in Ireland and abroad. Is hydrogen the fuel of the future? It’s time to find out.

Cian Moran is a PhD student in mechanical engineering at MaREI, the SFI Research Centre for Energy, Climate and Marine research, at NUI Galway