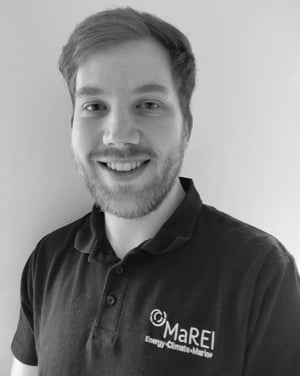 Opinion: energy-dense alternative fuels will be required to make these modes of transport more climate-friendly

When you hear the phrase "renewable energy", the image that immediately springs to mind is probably of a towering wind turbine or a vast array of solar panels, producing clean electricity used to power our homes and businesses. However, the entire energy system is much broader than just electricity production. In fact, 42% of all the energy we use in Ireland is used for transport, which is more than double the amount used to produce electricity.

With nearly all of Ireland's transport energy demand currently being met by liquid fossil fuels, it is obvious that how we get around is a significant climate problem. The majority of Ireland’s transport emissions come from cars and the pathways to decarbonise private vehicles are relatively well established.

The Climate Action Plan calls for development of a robust public transport network, improved walking and cycling infrastructure, the introduction of 840,000 passenger electric vehicles and the development of a widespread EV charging network by 2030. While EVs are not without their own drawbacks, their use in conjunction with a decarbonised electricity grid and increased use of public transport and active transport (walking and cycling) will significantly reduce emissions from cars in Ireland.

From RTÉ Radio 1's News At One, how much progress has been made by Government on its Climate Action Plan?

But if we wish to travel or send goods beyond these shores, our only option is to go by plane or by ferry. In contrast to passenger vehicles where electric cars are already a commercial reality, there are additional constraints of cargo space and payload capacity that present significant challenges to the electrification of long-distance and heavy-duty transportation (trucks, ships and planes).

Current battery technology will not cut it for these modes of transport and the reason why is simple: energy density, namely the amount of energy that can be stored per kilogram. Liquid fossil fuels, such as diesel or jet fuel, can store approximately 42 times more energy per kilogram than even our best batteries. While electrical propulsion systems can be designed to be more energy efficient than combustion engines, the gap between batteries and liquid fossil fuels in terms of weight is still stark.

In order to electrify a large passenger ferry (think of the ones that travel between Dublin and Holyhead), the battery required would be twice as heavy as the vessel can safely carry; without even including passengers or cargo. Similarly, the batteries required to give the world’s largest passenger plane, the Airbus A380, an equivalent range would weigh more than three times the maximum allowable take-off weight of the aircraft, meaning it would never get off the ground.

From Future Lab, a look at some all-electric trucks

For road haulage, battery electric trucks are only entering the early stages of commercial deployment for short-distance trucking and "last-mile" deliveries. For long-haul journeys, battery powered trucks carry approximately 25% less cargo than traditional diesel trucks, which means more trucks on the road to deliver the same amount of goods.

In the long run, hydrogen appears to be a promising option to power both trucks and ships. However, hydrogen is currently prohibitively expensive, and the development of refuelling infrastructure is needed to make its use a commercial reality. In the short-to-medium term, a switch to sustainable biofuels such as renewable diesel or biomethane can reduce the climate impact of road freight and shipping.

From Tech Insider, why we still don't have electric planes

However, the aviation sector is especially sensitive to weight as seen in the additional fees for excess luggage. While compressed hydrogen is more energy dense than batteries, hydrogen storage tanks take up significantly more volume than current aircraft fuels. This means that the use of hydrogen in aviation would require a complete overhaul in aircraft design. Therefore, the only seemingly viable pathway to decarbonise aviation within this century is the use of "drop-in" replacement liquid fuels in the form of sustainable biofuels or synthetic fuels produced from combining hydrogen and carbon dioxide.

As an island nation with a relatively dispersed population, Ireland will be highly dependent on shipping, aviation and road freight for many years to come. The development of low-carbon fuels for heavy-duty transport, then, will be essential for the Irish economy to approach net-zero emissions by 2050.

Nathan Gray is a PhD student at the MaREI Centre for Marine and Renewable Energy at UCC.