Opinion: how the changing face of heritage tourism since the 1950s has allowed us to see Ireland in new ways

Over the past 18 months, we have encountered both our local areas and the wider island of Ireland in new ways. This has been a force of necessity, with restrictions on movements from 2km to 5km to our county boundaries. The pandemic has seen a rise in heritage tourism, but this was happening throughout recent decades. How has heritage tourism since the 1950s allowed us to see our heritage in new ways?

One of the first major Irish heritage tourism initiatives was An Tóstal. Founded in 1953 by Bord Fáilte Éireann, it was a national festival designed to attract international tourists and the Irish diaspora to Ireland during the Easter period.

Its ties with Irish culture, through Catholicism of the Easter period and flag-waving nationalism, were also made evident through a military parade along Dublin's O'Connell Street. This culminated in a centrepiece of a 'Bowl of Light’, which was actually a large copper basin with fake flames made of timber and plastic. News accounts of the time report the ‘flames’ were thrown by a passing schoolboy into the Liffey days after they were unveiled. An RTÉ Radio report at the time described the opening of An Tóstal as a "mass of people".

From RTÉ Archives, film shot by Norman Hodgson shows the opening of An Tóstal in Dublin in 1953

The marketing and events of the Tóstal utilised Irish heritage imagery that are still common in tourism promotion to this day: horse-riding on beaches, round towers, golfing, Gaelic games and Irish dancing. Large scale pageants, with casts of hundreds of actors and local volunteers, with some often held at Croke Park, were common.

The Pageant of Cuchulainn, for example, was produced by Brendan Smith in 1956, with a script by playwright Denis Johnston and advised by University College Galway Professor of History, G.A. Hayes-McCoy, whose archive at the university's Hardiman Library is a detailed record of the development of Irish heritage tourism and culture. Organiser of the first Tóstal, General Hugo McNeill described the effect the Tóstals had across Ireland,where he saw exhibitions and museums springing up in towns and villages across the country.

In 1965, British Pathé reported from the West of Ireland in a colour newsreel video. It showcased a 'bustling' society performing its modernity through economic materialism and multi-lateral trade. The British Pathé news report presented Ireland as no longer ‘a country of castles and crosses carved in stone by a devout people’.

From British Pathé, a visit to various locations on the west coast of Ireland in 1965

These were now only remnants of a past Ireland, where instead modernising cities, such as Cork, with a growing ship building industry and oil refineries at Whiddy Harbour, were doing away "with all that blarney about leprechauns and little people". As a new transatlantic passenger ship is launched down the slipway in the news report, it is to cheering faces and the billowing 'Stars and Stripes' of the American flag, rather than the Irish tricolour.

The late broadcaster and journalist Marian Finucane was interviewed during a student occupation of a Georgian building at 45 Saint Stephen's Green in 1970. As a then 19-year old architecture student at the College of Technology, Bolton Street, Finucane stated it was part of her responsibility as a student funded by the tax-payer but also as a Dubliner to protest the destruction of the city’s (and the nation’s) built heritage.

Newly available heritage archival collections account for a record of Irish heritage at fixed points throughout the 20th century. The archive of Prof Etienne Rynne is one such example. The late Professor of Archaeology at University College Galway was a long-time advocate for local and national museums, a consultant to the National Museum and an archaeologist on numerous sites around Ireland from the 1960s through to the 2000s.

The archive is a remarkable record (and feat of documentation) of Irish heritage sites and objects as well as links to international museums and heritage sites. Thousands of photographs in the archive, many from the 1960s and 1970s, from carved high crosses at Clonmacnoise in Co Offaly to Dún Aonghasa on Inis Mór, preserves a photographic record of countless Irish heritage sites nationwide. Aligned with Rynne’s fieldnotes, the archive preserve a visual record of heritage sites across the last half-century, in alignment with a time when international travel was increasing and as heritage tourism was growing in Ireland.

Over the last decade, heritage and history has continued to be mixed with tourism, and also with politics. In November 2014, an event was held at Dublin’s GPO to mark the launch of the Government's 1916 Centenary programme and forthcoming events to commemorate the 1916 Rising in 2016. The launch event included a promotional video entitled Ireland Inspires 1916. The video, and the Centenary team behind it, were roundly criticised for the ahistorical nature of the content, and the complete lack of any reference to 1916 or engagement with its legacy and heritage.

Over a minute and a half, the video included a timeline of images of notable Irish figures, from W.B. Yeats and Samuel Beckett to Bob Geldof and John Hume. The was, however, only one woman on the entire timeline of Irish figures across the century, namely boxer Katie Taylor. There were also slickly edited shots of multinational tech hubs in Dublin, children coding on laptops and President Mary McAleese greeting Queen Elizabeth. For some reason, the video concluded with Brian O'Driscoll scoring a try against France.

As a tourism marketing exercise, it worked great. But that was the issue: it wasn't, or shouldn’t, have been about marketing when heritage sites like Moore Street (quite literally around the corner from the GPO) have been inadequately supported over many decades. While the 14-17 Moore Street site was due to be developed separately as a 1916 Rising Commemorative Centre, the proposed redevelopment of the adjoining Carlton site raises concerns for wider built heritage of the area.

In May 2021, the Government announced that all heritage sites under the remit of the OPW would open free of charge to the public. While this meant a short-term drop in revenue, the move was timely and strategic in enabling the public to visit heritage sites, many on their own doorstep, that they simply would not have done otherwise. In 2018, prior to the Covid pandemic, almost 800,000 people visited Kilkenny Castle, the most visited heritage site in Ireland operated by the OPW, while the agency's sites across Dublin attracted over two million visitors in the same period.

Given that international tourism and travel is currently heavily restricted, such numbers will not occur this year as the bulk of visitors to Irish heritage sites this year will be those living in Ireland. One sign that we are exploring our country in greater depth is that registrations of camper vans increased by over 25% to October 2020. Despite the often overwhelming personal tragedies, loss, and disconnection to friends and family, what we may take from the pandemic experience is a new vantage point to see, discover, and explore our island’s heritage and work towards its protection for the future. 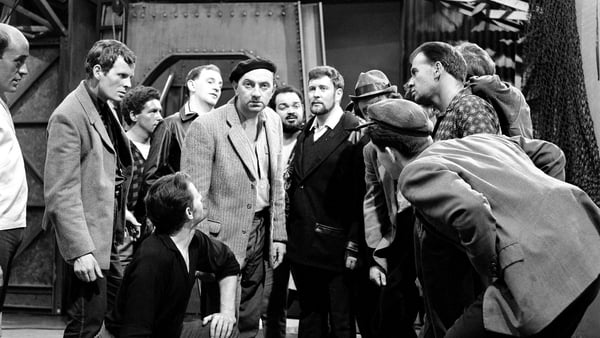 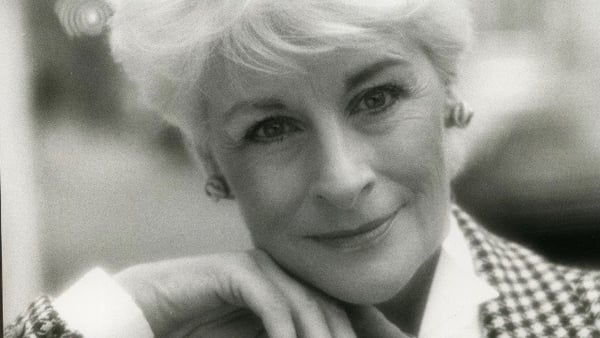 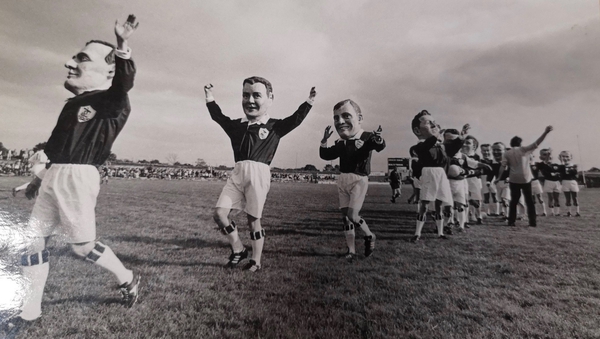