Relatives of those who took part in the 1916 Easter Rising are to lead a military parade as part of a series of State commemorative events.

Minister for Arts, Heritage and the Gaeltacht Heather Humphreys was joined by the Taoiseach Enda Kenny and Tánaiste Joan Burton this evening to announce Ireland 2016.

The national initiative includes a programme of events to mark the 100th anniversary of the Rising.

Events will take place in Dublin, across communities in Ireland and abroad through the embassy network.

A commemoration will take place at Arbour Hill on Sunday 24 April 2016 to mark the date of the Rising.

A number of formal State events will be held over that Easter weekend, including a military ceremony to be led by 1916 relatives on Easter Sunday.

Seven flagship projects will be developed as part of the €22 million investment into Ireland 2016, including an interpretive centre at the GPO in Dublin.

Road shows to empower communities across the entire country will also take place.

They also plan to link in with the Diaspora globally.

Minister Humphreys is this evening meeting with county managers from across the country to brief them on the plan.

She said she sees the local authority network as central to facilitating community involvement. 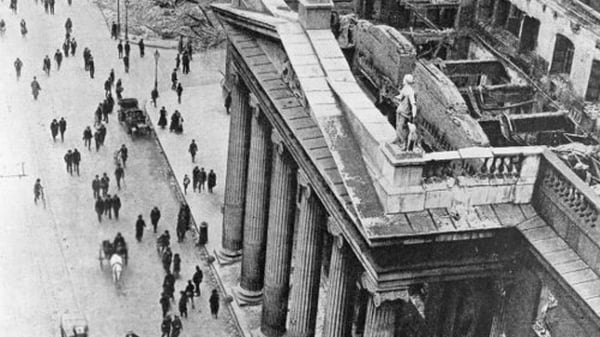