The 1916 Relatives Association has said the Government's plans for the commemoration celebrations are in shambles.

Around 250 relatives of those who fought in the rising gathered in a Dublin city centre hotel this afternoon for the inaugural Special General Meeting of the 1916 Relatives Association.

During the meeting the Government was accused of the "utmost ineptitude at basic planning and management of the forthcoming Centenary commemoration".

The association said that before the Cabinet reshuffle its committee was told by former Minister for Arts, Heritage and Culture Jimmy Deenihan that it would have the plans for the commemoration by mid-September but this has not happened.

Association secretary Una MacNulty said: "We are extremely disappointed that we find ourselves in a situation where we now have to fight to ensure that people whose sacrifice and bravery led to the birth of our nation, are even simply remembered, let alone honoured".

She said the association has not been able to get a meeting with the new Minister for Arts Heather Humphreys to discuss the plans.

In a statement today, Minister Humphreys said she was "unfortunately unable to attend today's meeting but she is very happy to meet the relatives group and listen to their views."

She said her department is working to prepare a draft programme of events and she intends to publish that as soon as possible after the Budget and put it to public consultation to ensure all interested parties can make their views known.

The minister said she "wants the commemorations to be inclusive, appropriate and respectful" and is committed to widespread consultation". 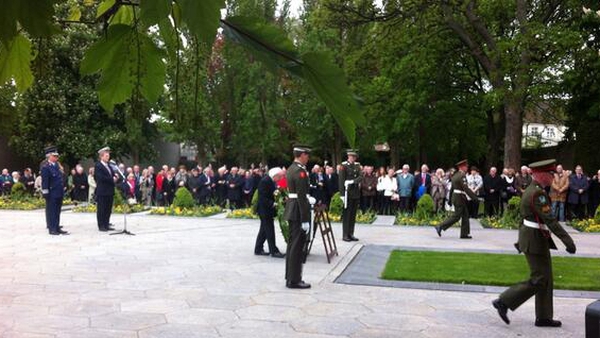