RTÉ drama Insurrection portrays the events of the Easter Rising as a breaking news story on national television.

'Insurrection' was the centre piece of RTÉ television's commemoration of the 50th anniversary of the Rising. Broadcast over eight consecutive nights in 1966 the drama covered events from the coast of Kerry to the executions in Kilmainham. The production was the most ambitious project undertaken by the then four year old Telefís Éireann (now RTÉ). As well as creating dramatic reconstructions of the main incidents and battles of Easter Week 1916 Insurrection would tell the story of the Rising as if television had existed.

Hugh Leonard was tasked with writing the script for 'Insurrection' and was under no illusion to the challenge that faced him he wrote in the RTV Guide,

It was as if one had been brought face to face with a nightmarish examination paper. Write a four hour television play (in eight 30 minute 'acts') about the 1916 Rising; all characters, locales and events to be strictly factual use the actual words spoken, wherever these words have been documented.

In 1964 'Culloden' a BBC docudrama written and directed by Peter Watkins showed the Battle of Culloden in 1746 as if it was being covered by a television news crew. The Louis Lentin produced and directed Insurrection would go further and create dramatic reconstructions of the key events but also show how television might have reported them. Ray McAnally playing the role of a studio presenter updates the audience on what is happening around Dublin and beyond as well as handing over to an on the spot reporter. 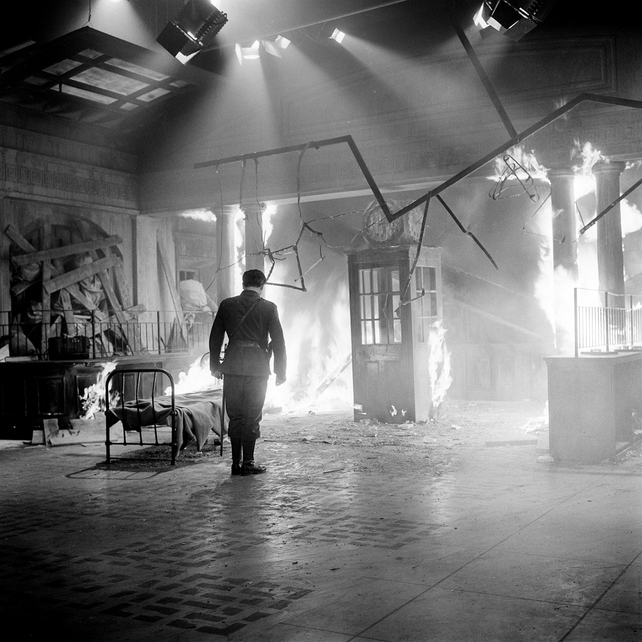 RTÉ had never attempted a drama on this scale previously and filming took place on location in Dublin and on set. The series was shot on a mixture of video tape and film. The film unit with Michael Garvey as director began shooting sequences on location in September 1965. This film could be processed and transferred to video tape for inclusion in the edit of the series.  Louis Lentin began directing pieces in studio in December 1965 and was planning on how outside broadcast units would be used on location. In Donnybrook an RTÉ television studio was transformed into the interior of the General Post Office and was set on fire to depict the final moments before the Rebels abandoned the building. 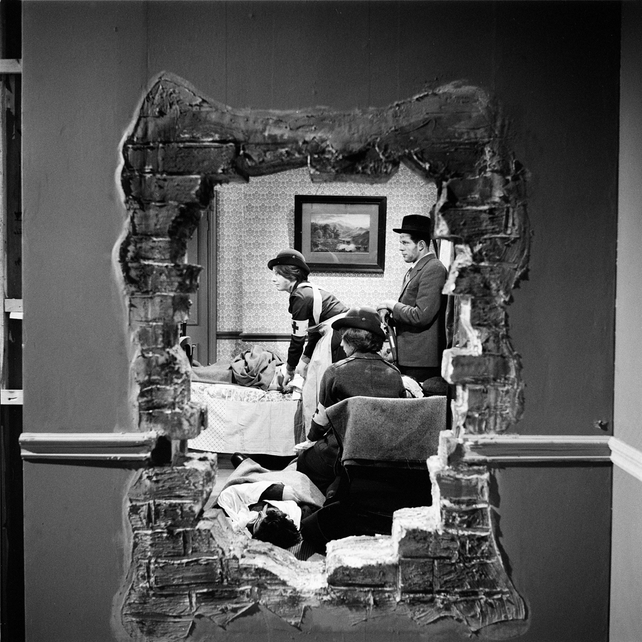 Scene from Insurrection during filming in Studio 1

Some of Ireland's finest actors many of them members of the Radio Éireann Players or the Abbey Theatre Company made up the cast. Among them Eoin O’Suilleabhain as (Patrick Pearse) Jim Norton (Tom Clarke) Eddie Golden (Eoin Mac Neill)  Declan Harvey (Joseph Plunkett) Kevin Flood (The O'Rahilly) Ronnie Walsh (James Connolly) Joan O'Hara (Countess Markievicz) and Eithne Lydon (Miss Carney). Alongside the professional actors members of the Defence Forces were used to recreate the major battles scenes. 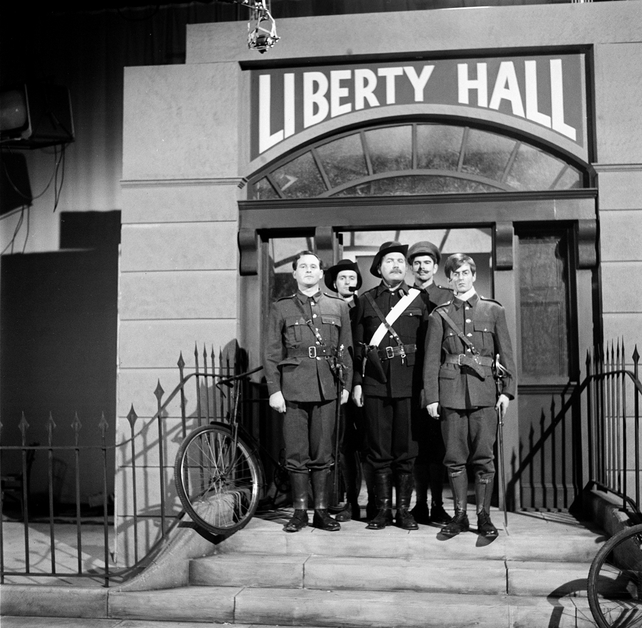 Members of the 'Insurrection' Cast 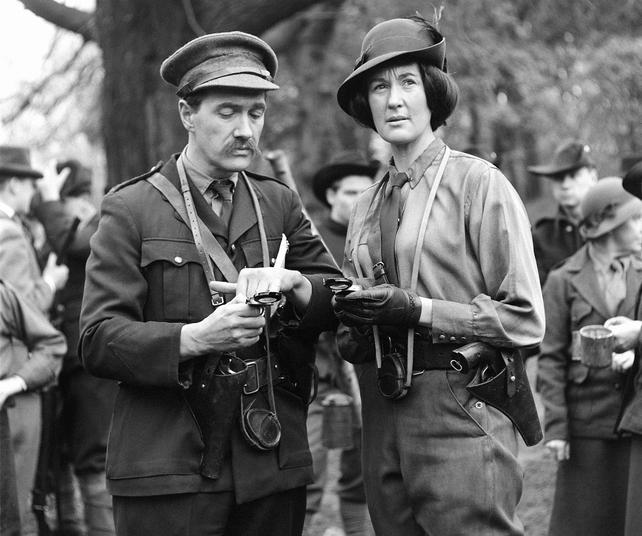 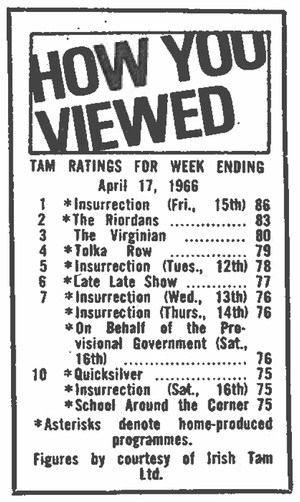 Insurrection was first broadcast on Telefís Eireann between 10-17 April 1966 and was well received by both the public and critics. Five episodes including the number one spot featured in the the top ten programmes watched on television in the week ending 17 April 1966.

Insurrection was also shown on BBC 2 in Britain and ABC in Australia. A shortened version was also broadcast in Norway, Sweden, Belgium and Canada. The series was repeated only once on RTÉ Television on Sunday May 1 1966 when it was shown in its entirety.

Fifty years after first being shown on television Insurrection makes a return to RTÉ One on 18 March 2016.

The extract shown here is from the second episode of Insurrection and depicts the charge of the Lancers down Sackville Street. Keep an eye out for a young Mike Murphy playing a volunteer officer in the GPO telling James Connolly (Ronnie Walsh) that the Rathfarnham Volunteers are outside.

For more on the Easter Rising visit www.rte.ie/1916