A new transport service will carry passengers along the Grand Canal in Dublin.

The new waterbus named 'Clonskeagh' was launched for the Inland Waterways Association of Ireland by Mrs Mary Tully, wife of Minister for Local Government James Tully.

The ceremony took place on the Grand Canal near Harcourt Terrace.

The canal boat passes through the lock gates at Baggot Street bridge. 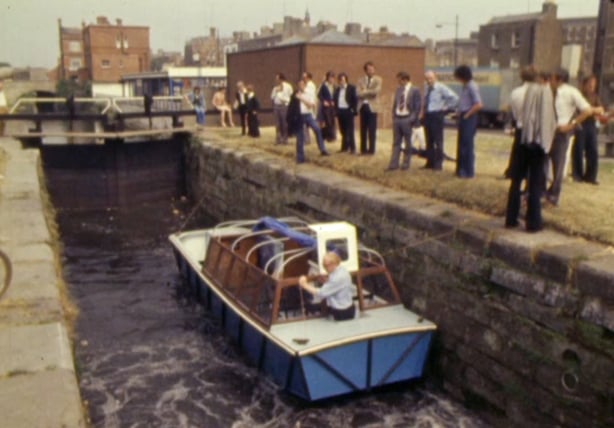 An RTÉ News report broadcast on 5 July 1976. The footage shown here is mute.