Dublin Swimmers Club members take the honours in the men's and women's races at the Dublin Docklands Liffey Challenge Swim.

Crowds gather in Dublin's Docklands to cheer on the one hundred and twenty men and sixty women who took part in the two hundred meter swimming race in the River Liffey. 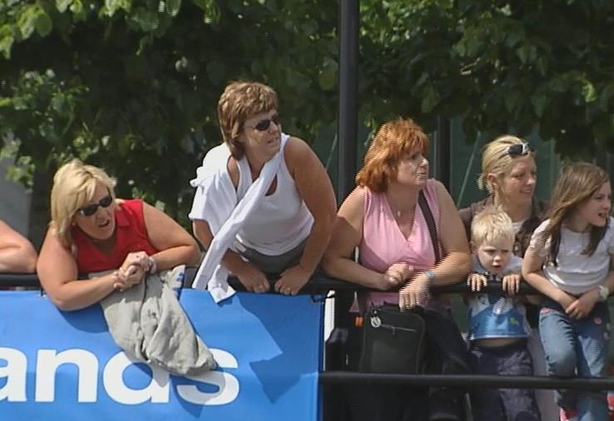 Cheering on the swimmers in the Dublin Docklands Liffey Swim (2006)