In a concert recorded at the RDS Dublin on 27 September 1980 and broadcast in two parts on 4 and 11 January 1981 James Galway performed both as a soloist and conductor of the New Irish Chamber Orchestra lead by Mary Gallagher. 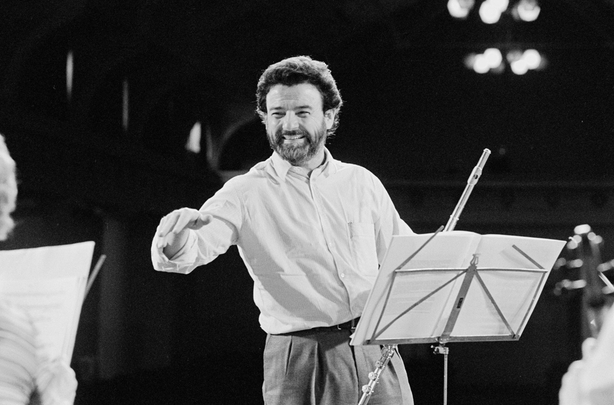 This excerpt from the first programme features the opening piece is by a flute concerto in C Major by Georg Philipp Telemann.

The proceeds from both concerts went to St Michael's House in Dublin.

'James Galway at the RDS’ was broadcast on 4 January 1981. The programme was introduced by Jim Sherwin.