Listowel sights and sounds for the Fleadh, a festival of Irish traditional music enjoyed by visitors from home and abroad.

The All-Ireland Fleadh took place in Listowel in August of 1973 attracting around 60,000 visitors and traditional music lovers from across the country and around the world.

With over 1,500 musicians taking part, the festival was a huge success for the Kerry town.

Listowel, with an ear for a tune and an eye for a bit of variety welcomes everyone. 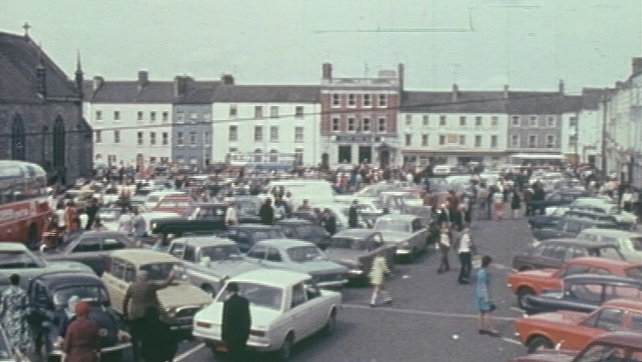 Fans of traditional Irish music from as far afield as Germany, San Francisco, Switzerland, Israel, Massachusetts, France, and England give their reason for attending the Fleadh..

'Fleadh '73 Listowel' was broadcast on 3 October 1973. The programme was presented by Tony MacMahon.