On his last day in office as President of Ireland Dr Patrick Hillery thanks the people of Ireland for their kindness to him over the last 14 years.

Speaking at his last official engagement as President at the ESB power station in Moneypoint, county Clare he says he has had a most enjoyable time in office.

President Hillery began his life as a young TD in county Clare so it was a fitting location for his final public appearance as Uachtarán na hÉireann. Over a thousand people attended the ceremony including two bishops, TDs, county and urban councillors, town commissioners, and the workers at the Moneypoint plant. Addressing the crowd President Hillery states

It's a great place for me to say thank you to the people of Clare, people of Ireland. I've been in every county. I've been treated very well. I've had a great time.

An RTÉ News report by Michael Lally broadcast on 2 December 1990. 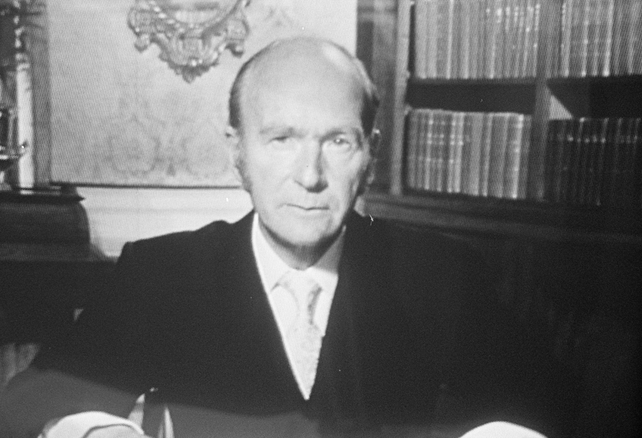