They were objecting to the civil bills sent out to householders in the town for non-payment of the £50 charge. Prominent among them is Tadhg O'Donovan, an elected councillor for the Workers Party on his third day of hunger strike. O'Donovan is also the public relations officer of the National Association of Tenants' Organisations (NATO), who are planning a nationally coordinated protest.

The Protesters against service and water charges picket Fermoy Court House in Cork in October 1984.  were introduced in 1983 by the Fine Gael-Labour coalition. Local authorities were to use the revenue generated to make up for a shortfall in government funding. Domestic rates had been abolished by Fianna Fáil in 1977, but because income tax and VAT had already been increased to compensate for this, many householders felt that they were now effectively double-taxed with the new charges.

An RTÉ News broadcast on 22 October 1984. The reporter is Tom MacSweeney. 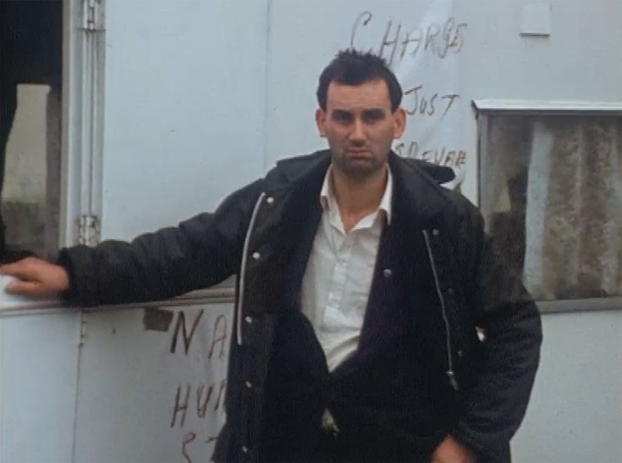