Donegal are the All Ireland Football Champions for the first time.

In 1992 Donegal won the All Ireland for the first time beating Dublin by 0-18 to 0-14. Watch the closing minutes here as points from Manus Boyle and Declan Bonner seal a first title for Donegal. When the final whistle is goes it brings unbounded joy to the Donegal players and supporters.

The highlights shown here are taken from The Sunday Game the commentators are Ger Canning and Colm O'Rourke. 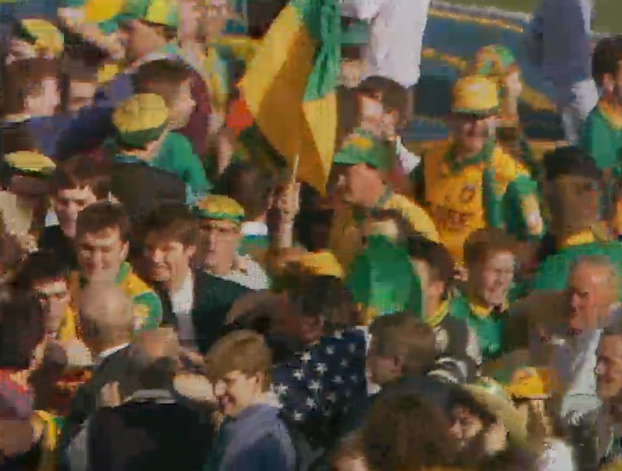