On 22 August 1922 Michael Collins was killed in an ambush at Béal na Bláth outside Cork. He was buried in Glasnevin Cemetery on 28 August 1922.

Presented here are some photographs of the funeral of Michael Collins from the Cashman and Murtagh Photographic Collections held at RTÉ Archives. 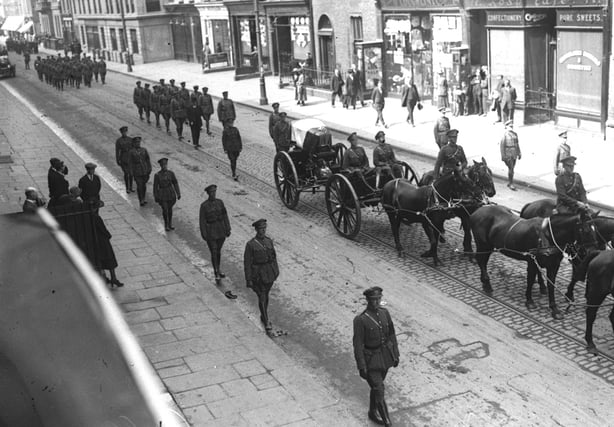 The funeral procession makes its way down Talbot Street and on to Gardiner Street. 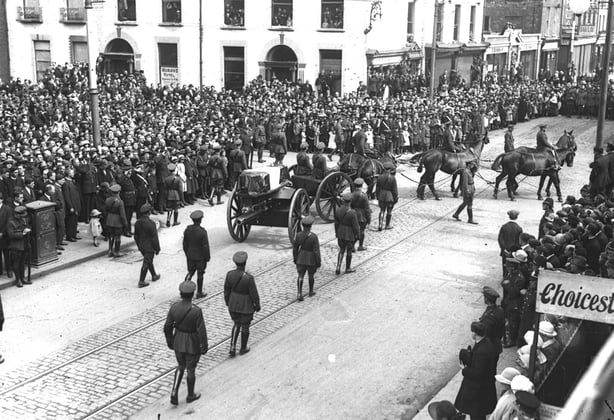 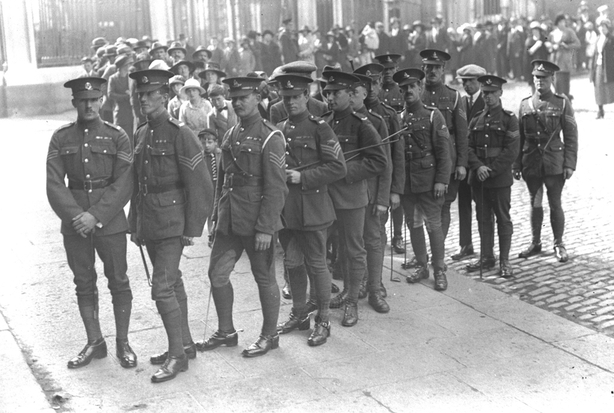 Crowds gather outside City Hall, Dublin, on 28 August 1922, to pay their last respects to Michael Collins. 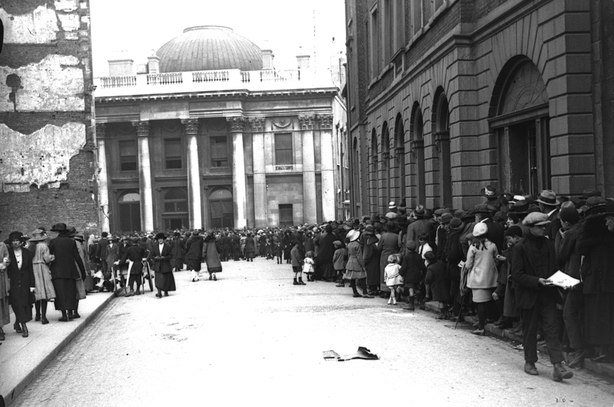 Seán Collins, head bowed, stands before the coffin which carries his brother Michael Collins in City Hall, Dublin, on 28 August 1922. He is surrounded by a military guard of Free State soldiers. 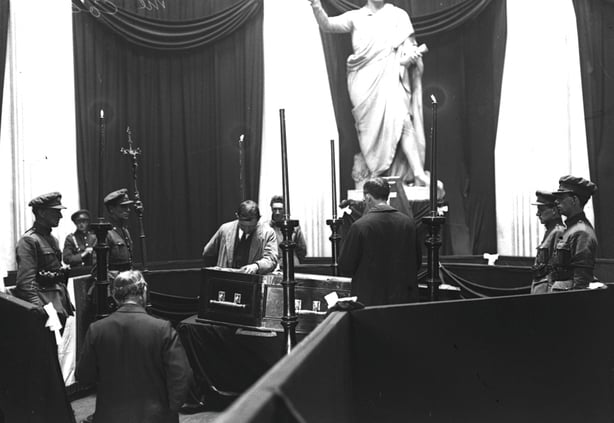 The gun carriage bearing the coffin as it proceeds along St Stephen's Green West. The street is lined with mourners. 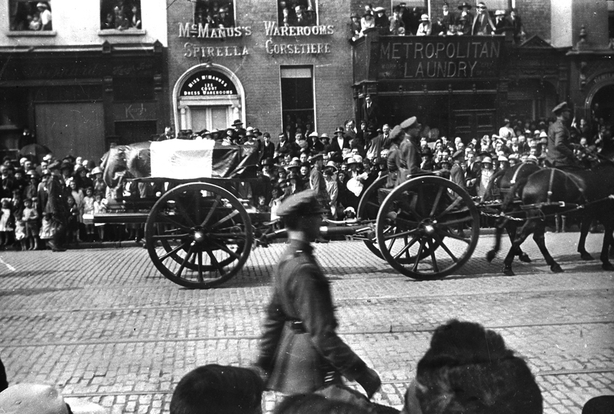 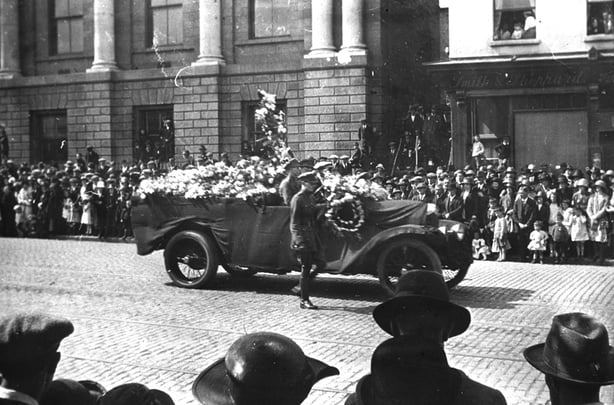