Ireland faced Mexico in the heat of Orlando for their second match of the 1994 World Cup, played at the Citrus Bowl on 24 June 1994.

Luis Garcia of Mexico scored two goals, one in each half. Memorably John Aldridge's introduction as a substitute was delayed by a FIFA official. With seven minutes of the match remaining, Aldridge scored for Ireland, making the final score to 2 -1 to Mexico.

Listen to Gabriel Egan and Jim Beglin's commentary on the goal and its importance in terms of qualification. They say that Ireland has now scored more goals than Norway, which means that even if Ireland draw with Norway in their final game of the group, they will still go through to the next round of the competition.

The image above shows Ireland's Tommy Coyne with the ball during the game. 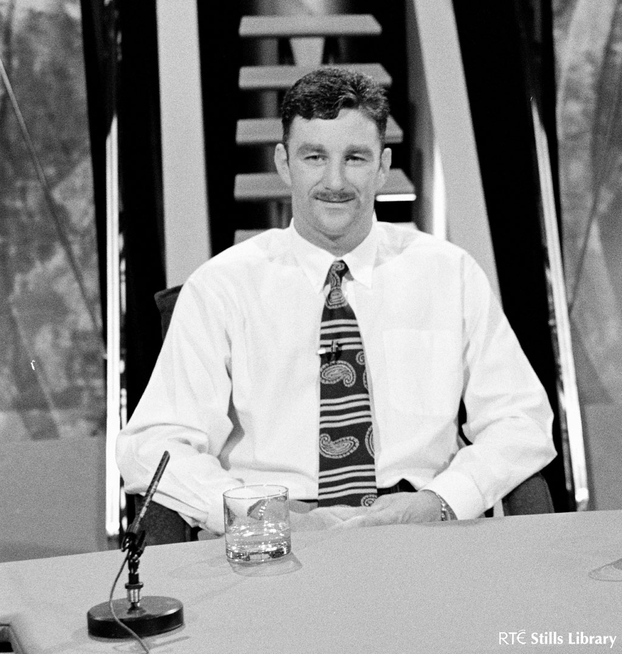 John Aldridge as a panellist for RTÉ's coverage of Euro 1996.