Special commemorations took place in Dublin and France, and across Europe to mark D-Day on 6 June 1944..

On 3 June 1994 Irish Veterans of the D-Day landing met in Dublin before leaving for France to take part in commemorations.

Pat Haverty from Dublin and Stanley Burrows from Belfast, who reflect on their memories of D-Day. Robert Meharg Jnr. talks about his father's part in D-Day and the importance of the commemorations.

An RTÉ News report broadcast on 03 June 1994. The reporter is Nick Coffey. 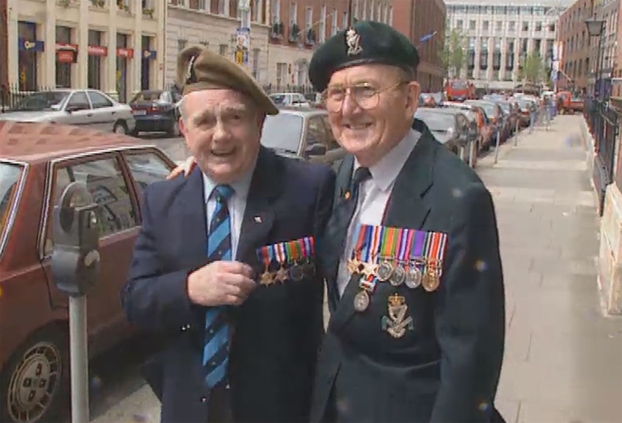