Marking the tenth anniversary of the death of President John F. Kennedy in 1963, 'Radharc' filmed an exclusive interview with mother of the Kennedys, Rose Fitzgerald Kennedy.

Rose talks to Peter Lemass about her life and how she coped with the violent deaths of three of her sons, Joseph, John and Robert. Filmed at the Kennedy homes in Hyannisport, Massachusetts, her son Ted and daughter Eunice also feature.

The idea for this film came about after the tragic death of a teenage girl in Athy, County Kildare. The Radharc team discussed making a programme that might help parents to cope with the sudden death of a child. Why not talk to a woman known worldwide as the mother of not one but three children who had died tragically and very publicly?

Rose Kennedy agreed to the film after an initial approach through Fr. Delaney, a parish priest in Florida near the Kennedy winter home.

As the Radharc team prepared to travel to America a cable from Mrs Kennedy cancelled the interview. Fr Dermod McCarthy flew out to meet with Rose Kennedy and after spending the weekend in her home, Mrs. Kennedy was reassured and agreed to the film being made.

Rose Kennedy talks about her faith, raising a large family, the difficulty of losing three sons through violent death and a life immersed in politics. 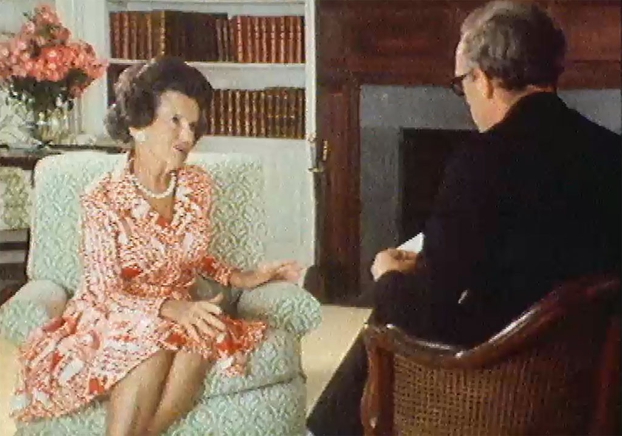 The Radharc team was the first film crew to be given access to the Kennedy home.