The climax of the TG4 All-Ireland football championship will take place on Sunday, but will it be a Royal defence of the title, or a first triumph in 29 years - and one which moves them top of the roll of honour list - for the women from the Kingdom?

Going to the Wall one last time?

The undoubted spectre hanging around this feast of Gaelic football on Sunday will be the AFLW.

Vikki Wall, last year's TG4 Player of the Year, has signed a professional contract with North Melbourne, while her team-mate Orlagh Lally is off to play with the Fremantle Dockers.

Will this be the last time they grace GAA HQ in the green and gold? We can only hope not, as their departure, alongside 19 other leading players, is undoubtedly an issue for the LGFA.

Wages on the other side of the world are only set to increase over the next decade, and the draw of the sun, sea, sand and pro sport might be hard for some of Gaelic games' leading talents to ignore, a point Dublin's Sinead Goldrick touched on earlier in the summer when she said, "AFLW want to have it [full-time] professional by 2026 so there will definitely be improvements over the next four years.

"By 2026 it'll be full-time, so I don't know if the opportunity to do both [inter-county and AFLW] will be there then."

That's all for another day though.

It's less than 12 months since Meath caused what was then considered to be one of the great shocks in Irish sport by beating Dublin, and preventing them doing the five-in-a-row, less than a year after winning the intermediate championship.

But Eamonn Murray and his squad, some of whom are appearing in a fifth All-Ireland final on the spin, have been determined to show this year that it was no fluke.

Claiming the Lidl League title against Donegal - a first for the county - told us that there would be no hangover, or lack of motivation to repeat last year's heroics in 2022.

A Leinster final defeat to the Dubs, followed by an All-Ireland group stage draw with Armagh suggested that perhaps the Royals weren't quite at the races this summer. And yet, here they are, back in the final again.

Emma Duggan's sensational winner saw them defeat Galway in the quarters, before their comeback semi-final victory against Donegal the last day.

"Any time we start to find it tough we remember where we came from, and I think that journey has helped us to get to where we are today," Orlagh Lally told RTÉ Sport earlier in the year.

They have the perfect model to follow in Sunday's opponents, a point which their captain Anna Galvin acknowledged this week.

"Teams ebb and flow - Cork flowed for a long time, so too did Dublin," she said.

"Change was coming down the line but Meath were phenomenal catalysts for it last year. It was exciting to have different people at the top table.

"We have been following a similar route in ways in that we've been building and taking it game by game. It's something that we laid out at the start of the year - the final was where we wanted to be."

If Kerry are to get over the line on Sunday, their rich vein of goal-scoring form could become a major talking point afterwards.

They smashed in four in their semi-final win over Mayo, having managed the same total against Armagh in the last eight. They hit five in their two group games en route to winning Group 3.

It led Meath manager Eamonn Murray to state bluntly this week that, "If we stop the goals, we'll win the game. It's that simple."

You can't argue with that, but the defending champions haven't been exactly shy about rattling the net themselves.

While their two knockout victories showed mental resolve to pull through by a combined total of just three points, with a single goal scored, Meath did hit five goals in their three Leinster championship games, as well as another against Monaghan in the group stages, and Galway in the quarters, for a total of seven this summer.

Murray might be slightly worried about their own concession of goals, having seen Dublin, Westmeath, Galway and Donegal all manage it in the championship this year. But neither Armagh nor Monaghan managed to score goals against them.

Further, they've conceded 51 points in seven championship games, or just over seven per game on average, so Kerry will have to do something special to rack up a big score on Sunday.

The new regime against the old guard, Leinster against Munster - whatever happens, this afternoon's game arrives with much promise. 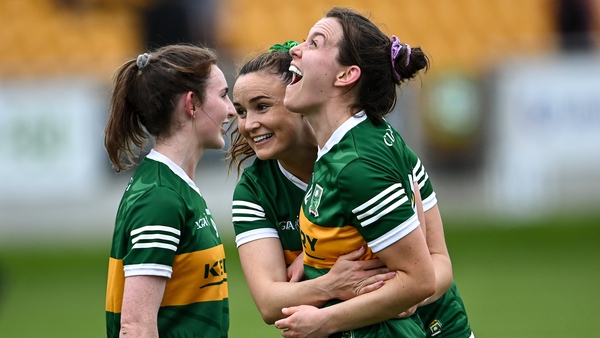 Juliet Murphy: Unearthing staying power could get Kerry over the line against Meath