Unless, of course, 'massive challenge’ and ‘hugely exciting’ are two lesser knows verses.

The Dubliner, just turned 32, has found his spiritual home.

Cooney spent four years with his native province, with one of his 27 appearances coming in the 2012 Heineken Cup final win over Ulster.

Finding it hard to get more game time, with established Ireland internationals Eoin Reddan and Isaac Boss ahead in the queue, Cooney, first in a loan spell and then permanently, played 40 games for Connacht between 2014 and 2017 but injury and form of the incumbent never allowed him to usurp Kieran Marmion.

When Ulster, then under Les Kiss, came calling, Cooney said it was "the right time for a fresh challenge".

With Ravenhill favourite Ruan Pienaar having departed, in controversial circumstances due to an IRFU policy decision, Cooney had big boots to fill.

Winning three separate player of the year awards in his debut season showed that Cooney had the ability to fill those boots.

He was also named on the Pro14 Dream Team three times.

Last Friday, soon after leading Ulster out on the occasion of his 100th cap, he had crossed for their first try and set them on their way to a comprehensive victory over Munster; he outshone both opposition scrum-halves Conor Murray and Craig Casey in the process.

"As a young player it definitely would have been one of my goals to get 100 caps and I'm glad it has been here, everything in my head when I was 18 would have been slightly different," said Cooney, who lines up for Ulster against Stormers this afternoon at 2pm.

"The way it has gone and the road that I have travelled, 'The Road I Have Travelled’ is one of my favourite poems and I don’t think I would do it any other way now.

"For my family and people close to me it means a lot to them to see how I have developed and also how my career has ended up.

"It would have been a bit easier if it happened earlier but for me it is a reflection of my hard work but also for the people that I have around me."

The former Gonzaga College pupil made his Ireland debut in 2017 against Japan and went on to win seven more caps under then coach Joe Schmidt.

However, chances under Andy Farrell have been limited and the last of three replacement appearances under the new Ireland coach came in February 2020.

Various injuries have disrupted his season but when to fit to play, is always one of Ulster’s main driving forces.

"I was happy with how I went, there are things I can do better obviously but it’s always fun when you are playing other internationals and other people vying for that position so it was an enjoyable win and I really enjoyed the game," he said after the Munster match.

If form is a major factor in Farrell’s plans then Cooney is in with a big chance of going to New Zealand, the touring squad for which will be named next week. 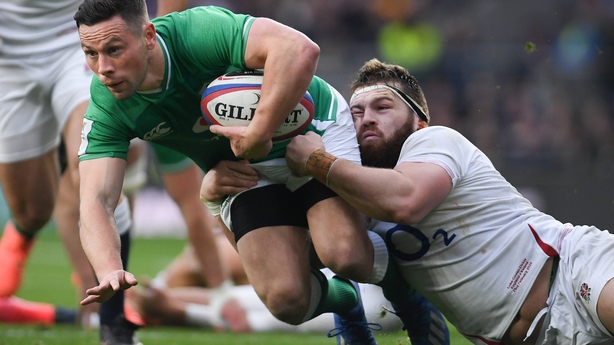 Before all that, and of more importance to Cooney, is making season year the one where Ulster bridge a 16-year gap for a major trophy.

Standing in their way is a Stormers side, who beat them earlier this season in a tight game that really should have gone the other way.

"Last year we had a very good chance in the Leicester away game [Challenge Cup] and we really didn’t finish that game off," he said.

"It is quite cliched, but we did learn a lot for that because it was an incredibly dark week coming in to review the game.

"Coming into knockout rugby we have to realise how quickly it can change, in the first half we definitely looked like we were going to get the win and it changed.

"It is a big year for us and with the squad we do have it is definitely one of the best teams since I have been here so we would be confident that we can go on and win a trophy." 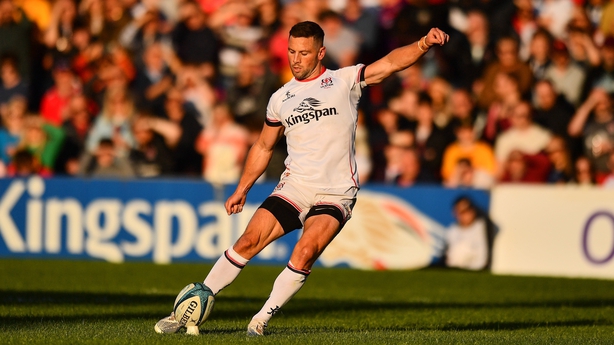 Having come reasonably close in previous years – Ulster were beaten Pro14 finalists in 2020 – Cooney believes they have improved.

They will be well advised not to allow the Bulls' shock win over Leinster last night to play on their minds given that a win today would mean a home final is on the cards.

"I do definitely do [think there’s been a mentality change]," added the goal-kicker.

"People like Al O’Connor, no matter what team you are playing he turns up every week and he really wants to hurt people so we have a bit of intensity like that in the pack now.

"Then we have the youth that are incredibly up for playing big games but they also have the desire to win things.

"You have James Hume who is still 23 but they understand sport is fickle, we have been around players like Bestie [Rory Best, retired former captain] who said, ‘don’t let next year be the year let’s try and do it this year.’

"I think they have been around enough squads now to realise that we take it this year is the year that we are going to try and win something.

"I think what we have done in the last few years is always going to come to fruition eventually.

"I keep saying the learnings we have taken from games but we actually have, in previous years we probably have come in to review games and say we need to take our learnings and then the next week we probably go out and do similar things again.

"Take the Munster game, we come out and put a performance like that after a really poor performance a couple of weeks ago; Leicester last year we have really learnt the things we need to take from these games it is probably a reflection of the professionalism.

Watch highlights on Against the Head, Monday 8pm, RTÉ2 and RTÉ Player. 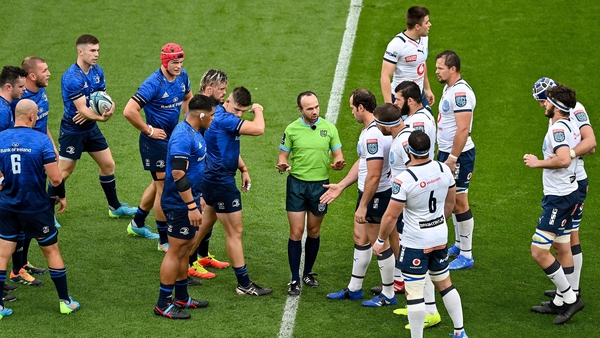 URC semi-finals: All you need to know