Ulster have their eye on silverware and while it's not Dan McFarland’s concern at the moment, the timing of their run might just force Andy Farrell’s hand.

Lock Iain Henderson was one of the few Ulster players to regularly make the Six Nations match-day squads, while Mike Lowry, James Hume, Rob Baloucoune, Kieran Treadwell, Rob Herring, Tom O’Toole, Stuart McCloskey and Nick Timoney have been there or thereabouts over the last year.

But having done a URC double over Leinster and on Friday knocked out a Munster side that contained more established international figures, there are calls to reward form when Ireland visit New Zealand for a three-Test summer tour in July.

"Andy [Farrell] and Paul [O’Connell] were here tonight," McFarland said after their quarter-final win over Munster.

"The reason they are here is because a game like that is of interest to them. It’s Irish guys going toe-to-toe, everything on the line.

"Munster had the vast majority of their big guns out tonight and a lot of our guys stood up. It’s so competitive.

"They build a back catalogue of games in where they’ve performed and some of our guys might have added a little bit of plus in there.

"I’m sure Andy’s writing those notes down and making consideration around whether he’s going to pick them in which game for the international, or in which games against the Maoris." 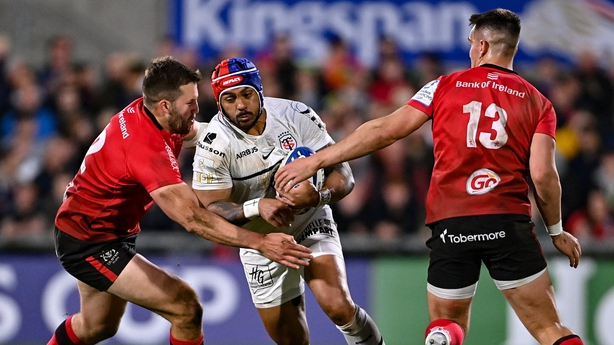 While Leinster duo Robbie Henshaw and Garry Ringrose have maintained an excellent consistency over the season, McCloskey and Hume appear to have come good at the right time, the Ulster pair combining to lethal effect against Johann van Graan’s men.

"[Let’s] just see what happens," said Hume, who appeared twice as a replacement during the Six Nations, when asked about his summer plans.

"It's been a very long season and I don't want to be thinking about five weeks potentially going away after the final week.

"If that happens then I'll refocus on another five weeks to improve, to go to New Zealand and get wins over there.

"But at the minute it's not really something I'm thinking about, it's all URC."

The last of John Cooney’s 11 Irish caps came in the spring of 2020 but of the three Ireland scrum-halves on show last Friday, it was the former Leinster and Connacht man who stood out, scoring the first try and generally controlling the tempo throughout.

Conor Murray departed injured just before half-time and replacement Craig Casey couldn’t really get anything going for his team.

Leinster’s Jamison Gibson-Park is the man in possession of the green number 9 shirt but Cooney has been making his own noises and related his current form to injury-enforced lay-offs during the season. 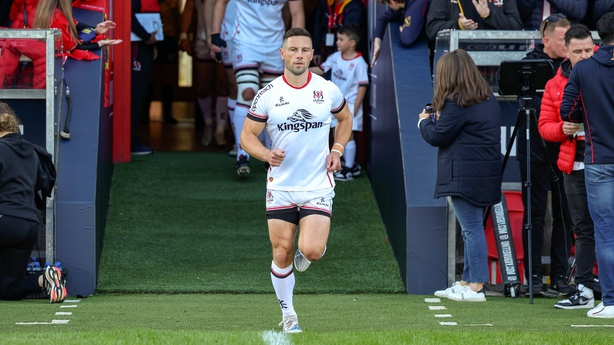 "For me it wouldn’t be anything to do with [proving a point to Irish selectors]," said the 32-year-old, who made his 100th appearance for the province on Friday.

"I’d a neck injury in the summer, got back, injured myself in the first game, got back, started playing really well, got injured again.

"I didn’t have the continuity that I have had in previous seasons.

"I felt I was peaking after Clermont, hitting all my PBs in running and I was in the best shape I've been in and then I got injured again.

"I feel like I’m peaking at the right time of the season, I feel like I can run all day. As a scrum-half that’s how you want to be feeling.

"That timing has been good for me coming into that knock-out rugby, semi-final, final.

"Maybe in previous seasons when I haven’t had those injuries, I’ve been a little bit more fatigued by the end of the year but I feel physically I’m peaking now." 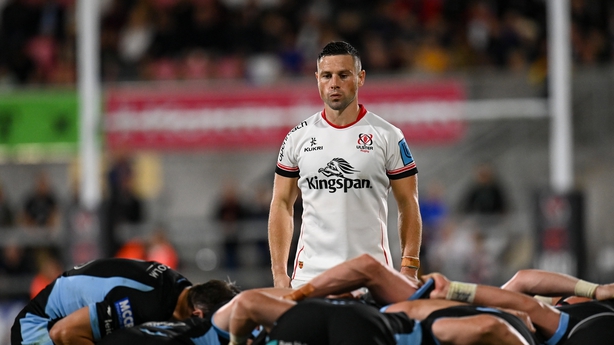 Self-confidence is part of the Dubliner’s make-up but there was no sense of triumphalism, preferring instead to let his performance do the talking.

He added: "I don’t think I’d be here if I wasn’t as competitive as I am.

"It’s not always 9 v 9 but it’s important that I play as well as I can. I always strive to play as well if not better than the other scrum-halves.

"I was happy with how I went, there are things I can do better obviously but it’s always fun when you are playing other internationals and other people vying for that position so it was an enjoyable win and I really enjoyed the game." 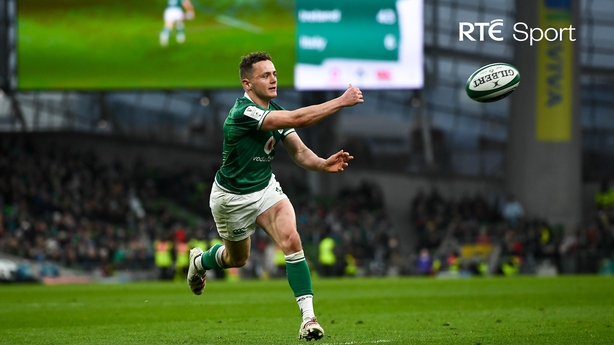 Full-back Lowry, meanwhile, is in a race to be fit for the summer tour after being ruled out for the rest of the domestic season, which comes to an end on 18 June, following facial surgery.

"He won't play again for us this year, which is really unfortunate, but I don’t know how much longer it would rule him out for," said Ulster assistant coach Dan Soper yesterday.

Lowry scored two tries on his Ireland debut against Italy in this season's Six Nations.

Watch highlights of this weekend's URC games on Against the Head, Monday, 8pm on RTÉ2 and RTÉ Player. 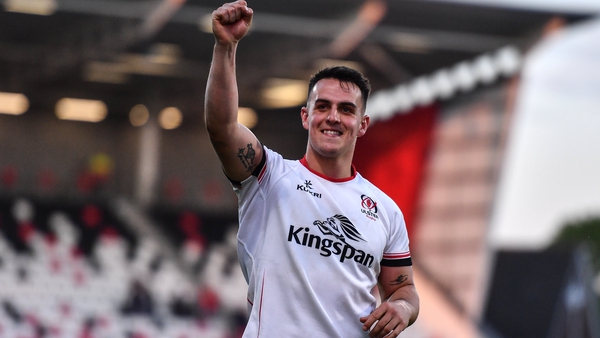