"It's important that we win the game. We want to win the game. Must-win – what is that? Is it an adjective? What does must-win mean?"

When Stephen Kenny spoke those words back in March, his Republic of Ireland side were back in Dublin and getting ready to face Luxembourg after the 3-2 loss in Serbia where the side had shown some encouraging signs.

We all know what happened next without raking over every coal of a grim, grim night for Irish soccer.

What the Ireland manager was emphasising of course when questioning the terminology of buzz words like "must-win" was that every game a team plays falls under that description regardless of the strengths of the opposition or what's at stake.

And the same is somewhat true today as he takes his side to Luxembourg for the final 2022 World Cup qualifier (live on RTÉ2 and the RTÉ Player).

But accompanying "must-win" on the flight to the Grand Duchy were words and phrases beginning with rolling 'r's. Redemption, revenge, recovery, rectification... and so on.

Enda Stevens though leaned on a few words from a couple of rungs up the alphabet this week when the left wing back talked about he and his team-mates having a "point to prove" and "playing for pride" at the Stade de Luxembourg.

While Portugal and their cohort of superstars spearheaded by Cristiano Ronaldo would always attract interest in the first game of this window on Thursday, today was always going to be viewed as the target for Ireland, and not just for the carrot of finishing third in the group and improving future seedings.

The goalless draw against the Selecao at the first full house at the Aviva for two years was a marker of the progression the Irish team has made under Kenny since the nadir of 27 March. 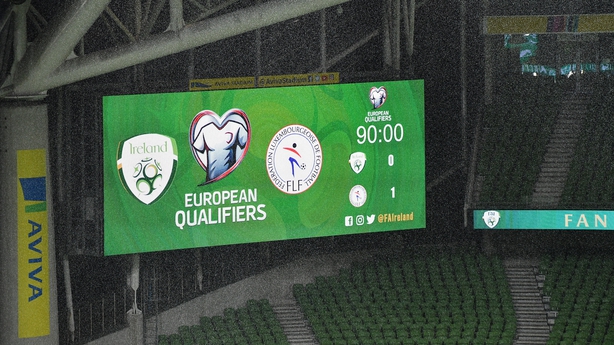 With the addition of Chelsea coach Anthony Barry to his staff just before that March window, Kenny has settled on a back-three based formation that has progressively brought an extra level of solidity as the players have become accustomed to their roles within the system.

But there has also been a fluidity aided by the deployment of personnel who are not rigidly defined in terms of their own natural positions.

Jamie McGrath exemplifies that. Speaking to his club manager at St Mirren, Jim Goodwin, last month, the former Dundalk and St Patrick's Athletic midfielder's flexibility was one of the big takeaways from the conversation.

As Goodwin said, "(McGrath) was playing as a number 10 for Dundalk, obviously with Stephen Kenny at the time, and when I watched him I believed he was more than a 10 and I genuinely felt that we could probably make him a number eight."

That development and ability to flit between half-spaces and more rigid roles has been a boon for the Boys in Green, while Callum Robinson's ability to play on either wing and through the middle adds another player who can take up different positions comfortably in transition.

Jeff Hendrick has been a player whose best role in the Irish midfield has been hard to define since he impressed at Euro 2016 but with the protection of a back-three and Josh Cullen taking responsibility for playing as the nominal '6', the Newcastle player has been one of the more impressive performers under Kenny over the last three games.

"Sometimes you just need something to click. You don't exactly know what it is but you just roll with it. That seems to be the case," was how Hendrick assessed his own resurgence before putting in another decent showing against Portugal.

He also rightly pointed to the zest of youth that Kenny has willingly sprinkled into the side. Some of those like Gavin Bazunu, Jason Knight and Dara O'Shea, who has unfortunately been out injured since the Portugal away game in September - the only defeat in nine games since the loss to Luxembourg - were on the pitch when Ireland lost to Luxembourg.

Others like Andrew Omobamidele, who has travelled for today's game as he looks to recover in time from an Achilles injury, and Chiedozie Ogbene have slotted into the squad seamlessly since then and added to the options available.

But it's the confidence slowly and surely absorbed during the draws against Portugal, Serbia and Hungary, the October wins and even the late loss to the Portuguese, that has added another ingredient to the mix with Shane Duffy arguably the most representative figure in that changing mood music.

Earlier in Kenny's reign, would the centre-back have had the confidence to perform a drag-back to bamboozle Ronaldo in a risky position on the pitch like he did on Thursday? Probably not. And while it's a small moment in the grand scheme of things and far from the most important part of his contribution, it's not totally insignificant in highlighting the growing confidence levels within the squad.

"If you don't think we're going in a positive way, you're writing the wrong stuff," the Brighton defender stated emphatically on Thursday night.

"We're all going in the right direction. There's a difference in the football we're playing."

The rest of his post-match interview was also revelatory as he emphasised that "it's obvious we love playing under" Kenny and is clearly keen to see the progression continue into the next qualifying campaign for Euro 2024.

Which of course brings us back to today's match and what it can represent as proof of lessons learned and the aforementioned breakthroughs in development and confidence.

There won't be complacency with the knowledge of what a well-drilled Luxembourg are capable of.

Indeed, back in March just before he flew to Dublin to cover the first head-to-head, Luxemburger Wort sports journalist Bob Hemmen had told me that "there could be against Ireland one or two games where they can get a point or even a win". That proved more prophetic than expected.

While Azerbaijan are the only team they have beaten (twice) in nine since winning in Dublin, a bulk of the more recent losses came against Portugal, Serbia, Scotland and Norway, who would be expected to beat them.

Given the way Ireland have progressed, there is greater expectation on Kenny's side this time to follow suit and pick up three points and claim third in the group.

It's must-win today but not to simply prove a point about what happened on one night in March.

The captain Seamus Coleman put it succinctly on the eve of kick-off, "Revenge mission? I don't want to look at it like that, in terms of I think we're in a better place ourselves."

For Kenny and his players, it's all about providing further evidence of the green shoots that have emerged in the interim. 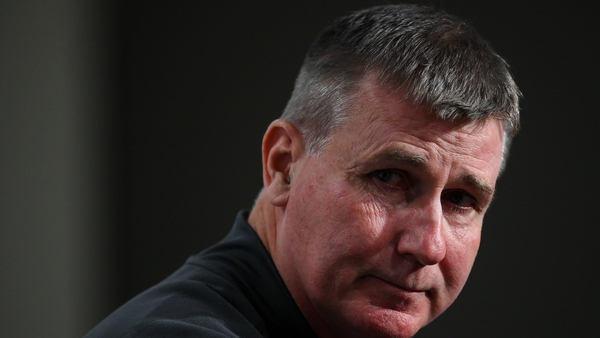