Stephen Kenny is confident that Andrew Omobamidele will be available for Republic of Ireland's final World Cup qualifier against Luxembourg on Sunday.

The 19-year-old Norwich player was an absentee in the back-line for the 0-0 draw against Portugal on Thursday as he attempts to recover from an Achilles injury.

But he was part of the travelling party that arrived in Luxembourg as the Irish side look to finish the campaign on a high note and Kenny offered an encouraging update on his availability in Saturday's pre-match press conference.

"We'll assess him in training this evening. He's not trained yet (but) we're confident that he'll be fit I think. We'll see how he goes," he said.

The defender, who subsequently featured in the Stade de Luxembourg training session (pictured below), is one of many players to emerge and establish themselves in the Irish team and Kenny believes the influx of youth has made the squad stronger in recent months. 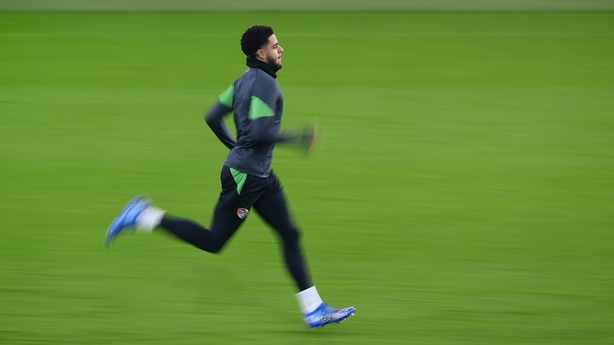 "We're improving all the time. We're an improving team, we're not perfect. We still have some work to do to get better," he said.

"We're hungry to get better. There is great determination and great spirit in the squad, you've seen that recently in the last few windows. There's tremendous togetherness in the squad and we're seeing a very high technical standard in recent games against Portugal, Qatar, Azerbaijan and Serbia."

Shane Duffy is one player who has enjoyed an upturn in form over those games, including with greater composure on the ball, and Kenny said that "the only one who deserves credit for that is Shane himself".

"Maybe he's only been asked to play in a certain way (previously) so he's conformed to that in the past, he's conformed to what people perceive him as. But both at club level and international the demands have changed and the game is evolving all the time and you have to evolve with it and styles are evolving," he continued.

"Being comfortable in possession is critical and he's obviously worked on that aspect of his game and he's shown a lot of quality in the last few months.

"You cannot be determined as just a big traditional number five. He's shown that he has an all-round game now and improved a lot of aspects of his game. That's credit to him."

Kenny refused to be drawn on the comments of his Luxembourg counterpart Luc Holtz who claimed that Ireland's resurgence was down to reverting back to a "more British style".

"I don't really have any reaction. Anyone can say anything," he said, but added of the remarks that "it's certainly not accurate".

But he acknowledged that against a technical and possession-focused Luxembourg side, his Ireland team "will have to earn the right to win". 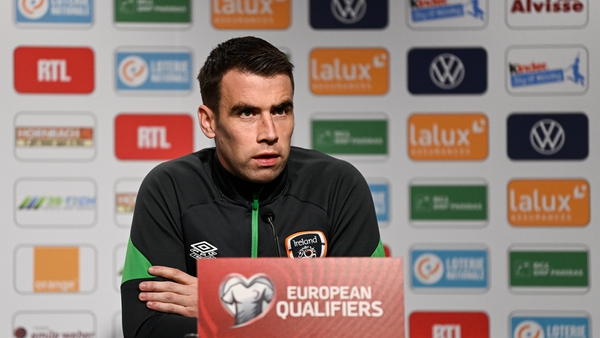 Seamus Coleman not settling for revenge in reunion with Luxembourg