Luxembourg head coach Luc Holtz believes Ireland's return to a "more British style" has played a key part in their recent upturn in results as the sides prepare to meet on Sunday.

The Republic have only lost only once in the nine matches they have played since the first meeting between the sides, a shock 1-0 win in Dublin for Luxembourg, and that in unfortunate circumstances in Portugal.

Stephen Kenny's team have appeared more settled with the more progressive approach he wants them to take, although Holtz believes it is a return to their traditional fighting qualities which has paid dividends.

He said: "In the last matches, they played more with the style that they played for 100 years. It was more British style, this fighting spirit, more long balls, more contacts. I think Ireland are in good shape."

Holtz will consider Luxembourg's World Cup qualifying campaign a success whatever happens against the Republic of Ireland on Sunday evening in what is the final match of the campaign for both.

The former European minnows head into their final game sitting third in Group A, three points ahead of the visitors.

That is one of three wins they have recorded to date and, while they are intent on finishing ahead of Kenny's men, what they have already achieved is cause for celebration.

"We had two really, really strong teams in our group with Portugal and Serbia, who have performed very well. Ireland at the beginning had a lot of problems to get results and actually could be in better shape.

"But if we lose tomorrow, we will have nine points and that, for Luxembourg, is a big score. But it's our aim to get more points tomorrow."

Former Sheffield United defender Maxime Chanot also wants more ahead of a game which will be played in front of a capacity crowd for the first time at the new Stade de Luxembourg.

Asked if winning tomorrow night would cap the 1-0 victory at the Aviva Stadium, Chanot said: "It could be more important to win at home, especially because it will get us third in the group. That's important to us.

"This has been a successful campaign, but nine points isn't enough. When we started the campaign, we really looked for third place.

"Winning away in Ireland made us proud and happy, but it wasn't a surprise for us. I think the surprise would be to finish third in the group. That would be an achievement to us for all the work we've put in." 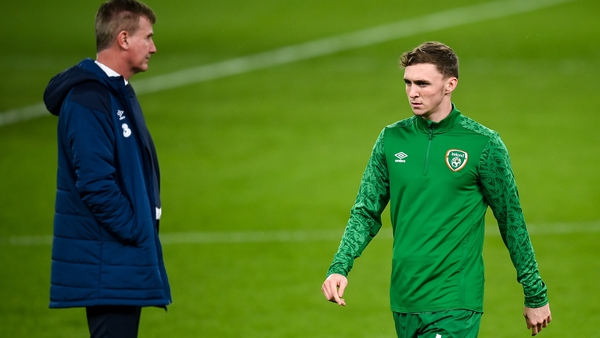 Republic of Ireland add Taylor to squad, Omobamidele to travel to Luxembourg