By Brendan Cole at Murrayfield

TIMELINE: How the final day unfolded 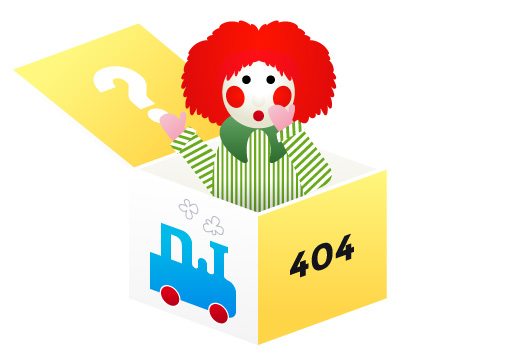 Ireland have won the 2015 Six Nations after one of the most dramatic final days in the history of the competition.

An afternoon of high drama ebbed and flowed across the three staggered kicks-offs, beginning in Rome and sweeping to Edinburgh before a gloriously chaotic climax at Twickenham.

Wales started the day with a 41 point victory over Italy and set the scene for the games to come. They were 21 points behind Ireland as the day began - 25 behind England - but they surged to a record win over the Italians in what was breathless stuff at Stadio Olimpico.

That put the challenge to Ireland, who knew that a big score was required against Scotland if they were to have a chance. And they came out fighting at Murrayfield. Captain Paul O'Connell set the tone with a try inside five minutes. Three more tries would follow - two for Sean O'Brien and another for Jared Payne.

The eventual 10-40 victory eliminated Welsh hopes of a title and gave England a daunting 26 point target to reach.

Yet the destination of the trophy was still in the balance right down to the final seconds at Twickenham. An evening of mayhem in London saw England and France trade 12 tries, seven of those for the home side.

As the clock ticked down, England frantically pushed for the score that would give them the title. A scrum penalty against France cranked up the tension to unbearable proportions, but a final drive was penalised inches short of the line and Ireland were champions. 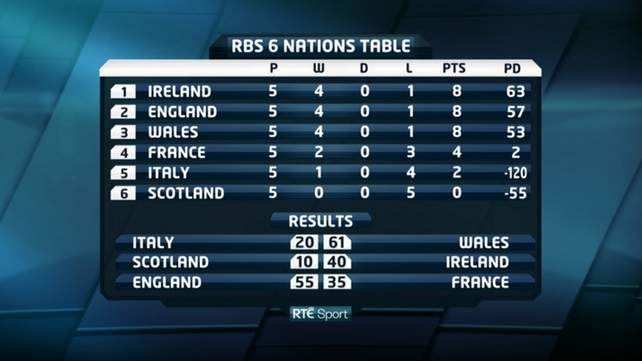 Paul O’Connell’s team began the game at Murrayfield knowing they would need to win by 21 points to catch Wales, who had hammered Italy early in the afternoon, while they also had to set a target for England.

Few gave Ireland much chance of achieving the feat. They had scored only four tries in the preceding four championship matches, while Scotland had shown themselves to be obdurate opponents under Vern Cotter.

But tries from O’Connell, Sean O’Brien (2) Jared Payne powered Ireland to victory and at the end, it appeared that they had done enough to claim outright back-to-back titles for the first time since 1948/9.

As with last week against the Welsh, there were errors aplenty, particularly at kick-off time and when Ireland were attempting to exit their own territory. But there was a huge lift as well. Ireland had direction and attacking ambition behind the scrum, dominated the contact zone and backed their creativity at key moments.

They set about their task with relish, O’Connell himself crossing the line from a few yards after just four minutes to get the chase off to a dream start.

Jonathan Sexton’s conversion and a penalty soon put Ireland 10 clear and meant the gap to Wales was reduced to just 11.

But Scotland had turned up to play. Finn Russell punished Rory Best’s unwise turnover attempt with a successful penalty to remind all present that this would be a contest.

The Irish hooker would make up for his mistake with two key turnovers before the half was out, while Luke Fitzgerald set the benchmark in the backline, making a series of superb tackles and attacking with verve down the left wing.

In total contrast to Cardiff, Ireland were making the big plays and winning the key battles all over the field.

They also had a few trademark smart plays in the locker. Sean O’Brien was the first to benefit, the wing-forward galloping over after a clever piece of deception at the lineout saw Blair Cowan hoodwinked. Sexton again converted to make it 17-3.

O’Brien’s powerful burst through the middle of two Scottish tackles a few minutes later emphasised Ireland’s dominance in contact. Though in the end, it amounted to nothing.

Instead, Scotland came back into it with Finn Russell dotting down and converting his own try after Stuart Hogg’s break into Irish territory. That pair, and the impressive centre Mark Bennett, would prove a handful for the rest of the day.

The nerves were back, and the gap down to seven again.

Like Fitzgerald rewarded Joe Schmidt’s decision to give him the start. An all action spell either side of half-time saw him win a penalty, which Sexton kicked, boss the scrums and put a series of trademark defensive hits before his afternoon came to an end after a hugely effective 52 minutes.

Scotland began to tire and Ireland were able to skip clear.

Sexton added two more penalties before feeding Jared Payne on a superbly angled run through the heart of the Scottish defence and over the try line for Ireland’s third. Sexton converted and Ireland were 20 clear, just one shy of the benchmark set in Rome.

Peter O’Mahony became Scotland’s tormentor in chief for a key period, rampaging down the tramlines and taking the catch of the day and it seemed like Ireland were champions in waiting in all but name.

But there was more drama to come as Sexton missed two relatively simple kicks at goal while Tommy Bowe was stopped by a Scottish fingernail as he raced towards the tryline. When his desperate flipped pass infield fell into Scottish hands it looked as though Ireland might have stalled.

But Irish pressure yielded a third penalty for Sexton and this time he made no mistake. The out-half was replaced because of cramp soon after, but not before a smart chip and chase down the line ended a rare spell of good play from Scotland.

Ireland kicked on with O’Brien crossing again after another period of relentless Irish pressure near the Scottish line. The accuracy and composure of his finish, a step, bump and reach over the tryline, in stark contrast to the poor finishing that bedevilled Ireland in Cardiff. Ian Madigan, who had entered the fray in place of Sexton, knocked over the conversion to extend the gap out to 30.

There was more drama to come. As Scotland mounted a final assault and when Hogg crossed in the corner it looked like Ireland’s record-equalling margin of victory would be reduced. But replays showed that the full-back had knocked forward under pressure from Jamie Heaslip, and Ireland’s margin was preserved.

Madigan missed a final penalty chance, but the feeling at the final whistle, as all eyes turned anxiously toward London, was that Ireland had done enough. 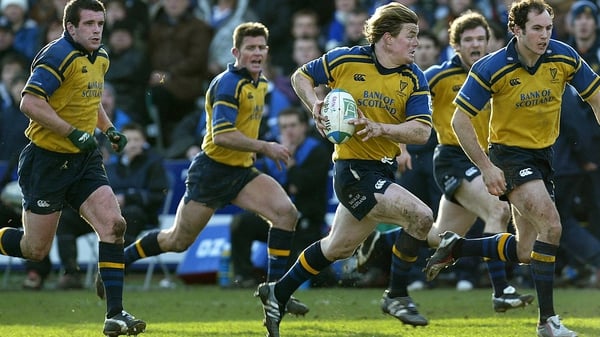 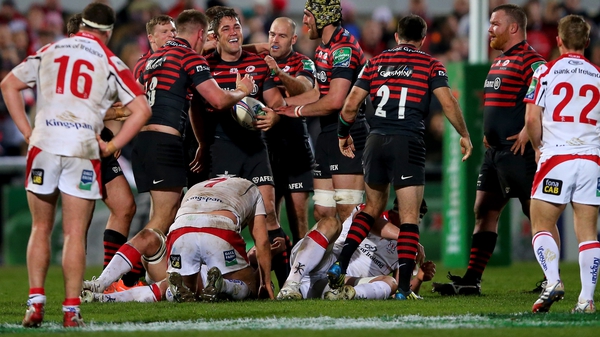 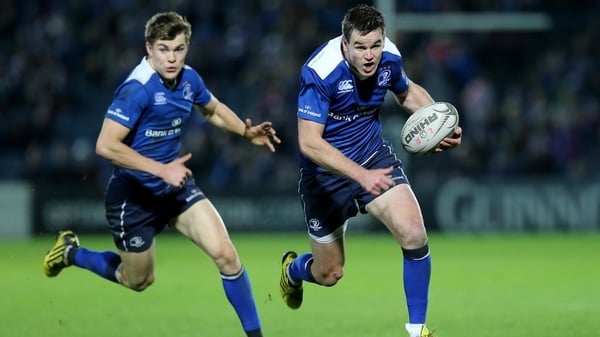 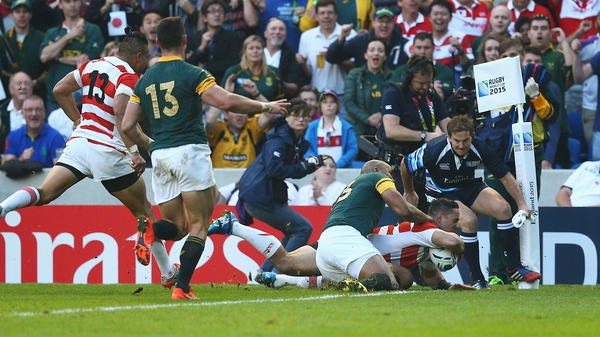