Ulster face a difficult task as they welcome Saracens to Ravenhill tonight (7.45pm).

Four from four in the Aviva Premiership, Mark McCall’s men have European pedigree and serious quality in their squad.

There are plenty of players to watch on both sides.

For Ulster, Stuart McCloskey at inside centre is big and powerful and considered a major prospect by many smart observers.

This is a level up and his performance against this standard of opposition will impact greatly on his chance of making Ireland’s training squads.

Iain Henderson’s selection at six is also worth watching. The Saracens pack is stacked with quality and if Ulster are to have a chance they need the young Craigavon man to produce a dominating 80 minutes.

If he does so from blindside, it will give Joe Schmidt and Ireland more food for thought.

On the Saracens side, Maro Itoje has been touted as the future at lock for England will look to make an impression against an Ulster side full of Irish international having just missed out on their Rugby World Cup squad.

Like Schmidt, new England coach Eddie Jones will have a close eye on this contest.

Speaking of which, the key control men in the Saracens side - Richard Wigglesworth, Owen Farrell and Brad Barritt at half-back and first-centre - should be much more comfortable in this environment than they were with England.

Unless Henderson and the rest of the Ulster pack can find a way to put Sarries on the back-foot in the tight exchanges, an away win is a distinct possibility. 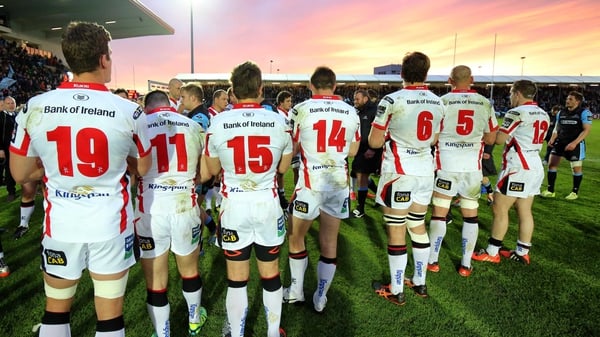 Ulster match one of many cancelled in France following terror attacks