It's going to come down to attitude.

These teams are so evenly matched that edging it in the hunger stakes is going to tell.

So fans going to the match this afternoon can expect a storm, in one way or another.

Ciara may not hit Dublin 4 at exactly 2pm but Andy Farrell's men must be prepared for a barrage from their Welsh visitors and they must at least be ready to give as good as they get in the physicality stakes, something which they failed to do against Scotland last weekend.

The Scots are a poor team that brought a good attitude, and Ireland just about survived.

The Grand Slam champions and World Cup semi-finalists are on a different plain.

"The level of our performance needs to go up this week. If we're going to win, we need to be a lot better in all areas," said captain Johnny Sexton. He can sing that one.

When the sides last met in a competitive fixture there was, at least on paper, a championship up for grabs.

But Ireland got that one all wrong. Firstly, reckoning that they would be better off with the roof open because they had an edge in the pack.

That, of course, backfired spectacularly with the Welsh taking an early lead in the pouring rain and never looking back.

In addition, the decision to keep the game open to the elements also served to piss off an already buoyed-up Grand Slam-chasing team. It's the best example of not 'controlling a controllable' of the Joe Schmidt era. 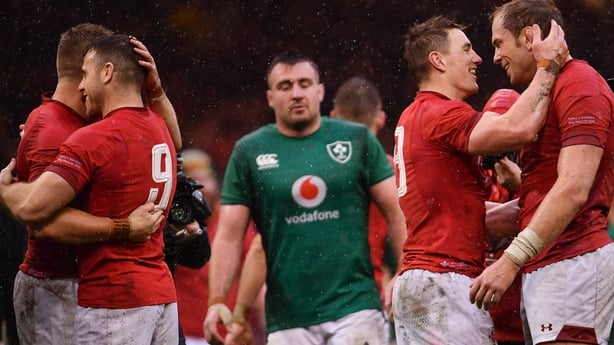 Sexton admitted as much. "Some of the worst conditions I've ever played in in the Millennium and it was like karma for keeping the roof open," he reflected.

The out-half, who scored all of Ireland's points last week, said that the 25-7 defeat still rankled, however, Cian Healy and Iain Henderson kind of gave the impression that, at this level, the motivation to succeed is inherent and that looking for "vengeance" was not a factor.

Let's hope it does rankle somewhere because these Irish player need to lift their game.

Whether or not there is a dog in the team they were collectively out-fought by Scotland last week. A bit of anger, channelled in the right way, is essential for victory today.

Be that a response to that miserable showing in Cardiff last season, or frustration at another dire World Cup, or to perceived unfair criticism, Ireland must get angry.

Wales won't be found wanting in the passion stakes, they never are.

"Every Test match, you've got to get the emotion right, some weeks more than others," Farrell told RTE Sport at the start of the week and admitted that his charges have spoken about the Welsh players' ability to arrive to the Test arena with a desire rarely seen when on club duty.

"We're aware this is a Test match and we need to be prepared mentally," Andrew Conway said on Thursday.

"It’s up to the individuals to do that. You need to be emotionally right for kick-off and come out the gap hard." 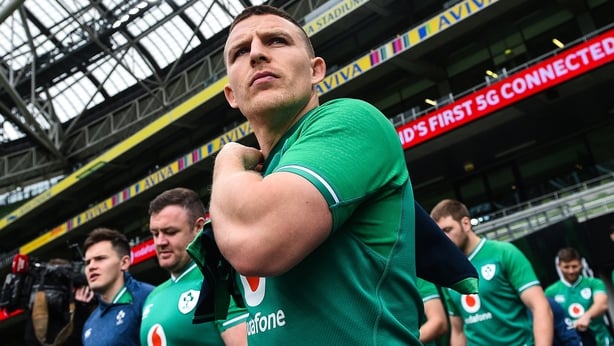 In team news Ireland make two changes to the team that beat Scotland. Peter O'Mahony and Robbie Henshaw come in for the injured Caelan Doris and Garry Ringrose.

Wales boss Wayne Pivac has handed a first start to Saracens centre Nick Tompkins, the inclusion of the former England U20 players pushing George North back out to a familiar place on the wing.

Tompkins, who scored a try off the bench, is the only change to the side that beat Italy 42-0 last week.

"It's been an enjoyable week and you can tell it's a bigger game than last week just from the reaction of the players," Pivac, the new head coach, whose predecessor provided such fodder for the media, said.

"That's without us poking and prodding them. I expect it to be an enjoyable occasion, but with a lot of pressure."

The Ireland team contains nine of the team beaten last March, while Wales have six of the same starters from that day.

As far as World Cup selections go, both Ireland and Wales have named 11 of the 15 who played in their most important games in Japan.

Given that Ireland didn't lay a finger on New Zealand and Wales pushed South Africa all the way in a semi-final, an easy narrative awaits should Ireland lose.

We need your consent to load this rte-player contentWe use rte-player to manage extra content that can set cookies on your device and collect data about your activity. Please review their details and accept them to load the content.Manage Preferences
The match-up between Tompkins and Henshaw in midfield looks interesting but conditions will dictate how and where this game plays out.

Wales haven't won a Six Nations game in Dublin since 2012 but will arrive confident that they can update the record.

Farrell has selected a team that could easily been picked by the previous incumbent. The argument goes that their displays last year don't justify that faith.

It's now up to the Irish – with a combative, smart and clinical display – to prove the new boss right.