Peter O'Mahony and Robbie Henshaw have been named in Andy Farrell's Ireland team to face Wales in Saturday's Six Nations clash in Dublin.

The head coach has largely kept faith with the side that beat Scotland 19-12 last weekend with Caelan Doris and Garry Ringrose ruled out through injury.

"I thought they did well when they came off the bench, it was a tough call last week," Farrell said of the two new players.

"They were outstanding all [last] week and that rolled over into the performance.

"It's a good team, we've got a bit of continuity." 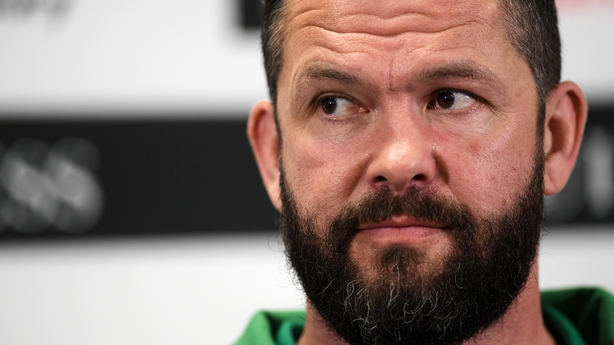 Conor Murray retains his place at scrum-half and John Cooney must once again settle for a spot among the replacements.

Doris, who suffered a head injury in the victory over Scotland, is ruled out through the Return To Play protocols. He is replaced by Munster flanker O'Mahony.

"He had a bit of a knock previously this year, we do the right thing by young kids and make sure they are treated properly," said Farrell.

Leinster centre Henshaw also comes into the starting team, taking the place of the injured Ringrose, who will miss Ireland's next two games following surgery on a broken finger.

Elsewhere, Andrew Conway retains his place on the right wing with Keith Earls, who had missed training in the build-up to last Saturday's game, returning to the bench.

The front row of Cian Healy, Rob Herring and Tadhg Furlong, who shook off a calf complaint, and the second row of James Ryan and Iain Henderson are unchanged.

Leinster back row Max Deegan is set for his international debut having been selected on the bench. 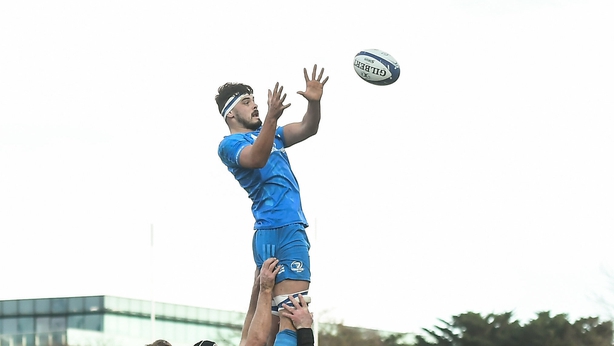 "He's got all the attributes of a great back rower, you go into the unknown in the Test arena but we think he's ready. Good footwork, soft hands, good leg-drive, great all-round footballer, we feel he will add something, especially to our attack."

Josh van der Flier and CJ Stander, who starts at 8, are also included.

Captain Johnny Sexton, who scored all of Ireland's points against the Scots, is named at out-half with Bundee Aki at first centre.

Jacob Stockdale is on the left wing with Jordan Larmour at full-back.

Ireland beat Wales in two World Cup warm-up games but were soundly outplayed in the last competitive fixture between the sides, a 25-7 win that secured the grand slam for Saturday's visitors.

Dave Kilcoyne is also named on Ireland bench but is still subject to HIA protocols so Jack McGrath is on standby.

Utility back Will Addison was not considered due to a calf injury.

We need your consent to load this rte-player contentWe use rte-player to manage extra content that can set cookies on your device and collect data about your activity. Please review their details and accept them to load the content.Manage Preferences
Asked about how Ireland need to improve for the visit of the World Cup semi-finalists, Farrell said: "There are a few things we were pleased with and a few things we need to do better.

"The lads have  been really honest and open and they're driving the feedback.

"Defensively we were really good at times but not consistently. We felt we gave them yards at times.

"We lost a few collisions at the start of the match. We can be better there. "Our set-piece? We had an honest and open forum there. And they boys are looking forward to this week as far as set-piece is concerned."