A summer of what-ifs has led us here.

What if Limerick forward Aaron Gillane had been sent off for his swipe on Cathal Barrett when Tipperary were 10 points up in the Munster final?

The likelihood is we wouldn’t have Sunday’s first-time final pairing, which is also novel for Cork being underdogs in a decider.

Limerick are an incredibly consistent team and are massive favourites to win. But what if they don’t?

The form says they should – since Cork ambushed the then All-Ireland champions in the Munster round-robin in 2019, Limerick have beaten the Rebels three times. Twice in the league and once in championship - last month’s provincial semi-final.

The Treaty can claim back-to-back All-Ireland titles for the first time in their history and cement their place as one of hurling’s historically great sides.

They are fearsome opponents: zipping laser-guided short passes around the place, swinging over points from their own half and brushing smaller, lighter opponents (almost everybody else) off the ball with ease.

Cian Lynch seems to play surrounded by a forcefield that keeps opponents at a distance - trying to man-mark him is futile, as Waterford discovered - and to add to their aura of calmness in attack, the team have added goals this year, most spectacularly illustrated by Kyle Hayes’ superb run and finish against Tipp.

That comeback victory – a 15-point second-half turnaround – was the moment when Limerick showed they have the force of will to rival hurling’s last great team, Kilkenny at their peak under Brian Cody.

One of Limerick’s very few weaknesses is their discipline – the superb full-forward duo of Gillane and Seamus Flanagan were lucky to escape red cards against Tipp and Peter Casey is fortunate to be part of an unchanged line-up after his dismissal in the otherwise comfortable semi-final win over Waterford.

John Kiely will have impressed upon his players that they can’t afford to give Cork an extra man, or Patrick Horgan his fill of frees, though referee Fergal Horan is certainly more at the 'let the game flow’ end of the spectrum.

Most of Limerick’s star men – Lynch, Hayes, Gillane, Tom Morrissey, Sean Finn – are 25 or younger and yet this will be their third All-Ireland final. They have the experience of the big occasion on what will be the closest thing to a full house Croke Park has witnessed in two years – 40,000 screaming (muffled?) fans.

They will also have licked their lips watching how Kilkenny disrupted Cork’s puckout in the early stages of that semi-final. If Limerick can turn over the ball as easily as we have seen them do, led by Will O’Donoghue menacing in midfield, and Morrissey and Gearóid Hegarty are allowed to drop deep to slot over unmarked points, then this contest could get away from the challengers very quickly.

And yet, as Mayo showed when downing Dublin in last week’s football semi-final, there is always hope.

Cork have demonstrated resilience this year that had been previously been missing. They were well in the game against Limerick last month until the concession of two quick goals just before half-time.

In the qualifiers, they dispatched a fancied Clare and were ruthlessly efficient against Dublin before producing their best performance of the season.

After a dominant second-half display against Kilkenny, Cork looked to have blown their opportunity when Adrian Mullen scored a last-second equalising goal. But the manner in which they came out and took control in extra-time was as impressive as it was surprising.

Tim O’Mahony – Cork’s roving counterpart to Hayes - was the man who gave possession away for that goal, but he was immense in the additional time.

Limerick have power and a proven game plan. Cork, an even younger team, will have to use all their vitality to swarm their bigger opposition in the tackle, and exploit the pace of Jack O’Connor and Shane Kingston to get the goals they will surely need against a side that have outpointed their last eight opponents. Tipp have shown it can be done. But also what you might get in response.

Limerick use the overlap but tend to favour short passes over direct running. Cork play it through the lines too but sometimes put the head down and charge. How well that works against a towering Limerick half-back line that sits back and eats runners for dinner will be a big factor.

Kiely's sparing use of replacements means the underdogs look to have more slightly coming off the bench. Kilkenny’s tiring legs couldn’t cope against the rampant duo of Alan Cadogan and Kingston, who starts instead of Shane Barrett this time, but then we thought that about Waterford too and none of their subs troubled the scoresheet.

In a sense, Cork have a free shot. The two U20 All-Ireland victories in a month and the team's age profile (13 of 15 starters v Kilkenny were 24 or younger) suggests senior success is on the way, even if it doesn't arrive this weekend.

Of course, there's no time like the present to start winning. 16 years is the county’s joint-longest wait for an All-Ireland hurling title but only talisman Patrick Horgan and Seamus Harnedy carry the scars of the 2013 decider. 35-year-old Eoin Cadogan, drafted in for the injured Ger Millerick, was playing football that year and already has a Celtic cross from that code.

A deficit of confidence is an uncommon condition in Cork men at the worst of times but that victory over Kilkenny, a first at Croke Park since the 2013 semi, will have Kieran Kingston and his players fully believing they can end the famine.

Belief is one thing. Finding a way to put the brakes on the green machine is another. Cork will need some luck and to take their goal opportunities to keep it close. But what if they do? 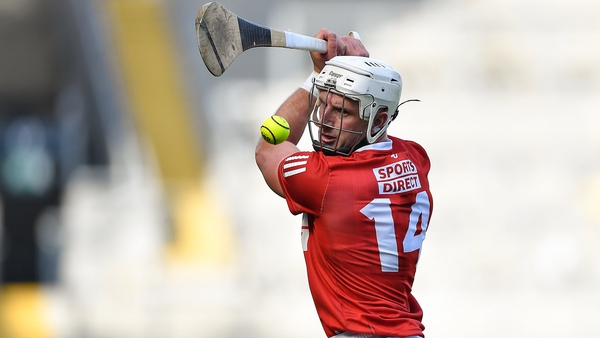