They say good things come to those who wait but for the 24,000 fans at today's All-Ireland semi-final it was more of a demonstration of Limerick’s remorseless efficiency than a thriller at Croke Park.

After a half-hour delay at throw-in due to rogue bales on the motorway, the reigning champions proceeded to make hay, sweeping Waterford aside and taking another step towards hurling immortality - becoming he first team from the county to retain the Liam MacCarthy Cup.

Limerick were 0-15 to 0-07 ahead by half-time and never looked in danger of losing as they recorded a fifth successive championship victory over their Munster rivals, and by the same 11-point margin as in last year’s decider.

Tom Morrissey (0-05) and Seamus Flanagan (0-04) were among the star performers as every Limerick forward and midfielder scored from play in what was a dominant display of skill and strength.

A tired Waterford - playing their fourth game in 22 days - battled bravely and had the gap back to six just before the second water break but when a sideline ball in their own half was intercepted and fired to the net by Aaron Gillane the writing was on the wall.

Limerick weren’t even troubled by playing the last 10 minutes with 14 men, following a senseless straight red card for Peter Casey, who will miss the final against Kilkenny or Cork in a fortnight’s time.

John Kiely’s men are into their third All-Ireland final in four years and will become the county’s most successful team of all time if they prevail.

Aaron Gillane scores the game's opening goal, rounding off a lovely Limerick move and it's hard to see a way back for Waterford now. It's 1-12 to 0-14 points Follow the action here https://t.co/F1leGR5sWe #rtegaa #thesundaygame pic.twitter.com/AOWca3wLiu

The game had begun, eventually, as something of a throwback, a low-scoring scrappy contest of eye-watering hits and simmering aggression, with a middle third as congested as the M7 had been earlier in the afternoon.

Waterford began with typical intensity but Limerick were first into their stride as Cian Lynch and Flanagan hit the first of the three points from play they both managed in the half, Kieran Bennett responding from distance.

Referee John Keenan was letting a lot go and Jamie Barron was lucky to escape without a card when he celebrated winning a free by thumping the sliotar and his closed fist into Gearoid Hegarty’s chest.

Flanagan was also fortunate not to be booked for a high challenge on Peter Hogan and Cian Lynch was frustrated enough by the attentions of man-marker Conor Gleeson – a late replacement for Patrick Curran – to pick up a yellow for a high tackle on the same.

Austin Gleeson cut over a sideline and Stephen Bennett scored from play to make it a one-point game at the water break - 0-04 to 0-03 - but Bennett missed four frees from long distance as Aaron Gillane hit three from four closer in.

Limerick took over upon the resumption. They were winning all the loose ball and scored four points on the trot, including a lovely effort from Hegarty after a sideline one-two with Lynch.

Waterford were struggling to win their own puckout now and being harassed into poor decisions in possession, Austin Gleeson sending a tame shot at goal when a point would have been the wiser option. They hit eight wides in the opening period to Limerick’s seven, two of which were decided by Hawk-Eye.

When Casey made it 0-11 to 0-05 just after the half-hour, all of Limerick’s forwards had already scored from play while Austin Gleeson, Stephen Bennett and Dessie Hutchinson had one each. They didn’t add many more.

Bennett and Austin Gleeson finally found their range from frees but Darragh O’Donovan and Lynch, after another superb assist from Casey made it more than double scores and an eight-point half-time lead.

Things looked ominous for Waterford on the restart when Limerick moved 10 clear, Tom Morrissey hitting the first of four second-half scores - after a sublime flicked pass from Hegarty - and Flanagan increasing his tally.

Tom Morrisey hits a lovely point from distance for Limerick and their front line are making hay against Waterford in the All-Ireland hurling semi-final. #rtegaa #TheSundayGame pic.twitter.com/BH6TOzoDVN

Waterford came again though and their vocal supporters started to believe as a pair of Calum Lyons efforts either side of further Bennett frees meant there were only six points between them on 54 minutes.

Just before the water break though, Limerick struck the killer blow with a goal that underlined their determination and teamwork.

Shane Bennett shaped to hit a sideline inside his own '45 but Casey got his hurl up to block and fed Hegarty. He popped a pass into Gillane in space and the Patrickswell man drilled the ball past Shaun O’Brien.

Casey spoiled what had been an otherwise excellent display when he was sent off on the hour, for what appeared to be an off-the-ball head/helmet butt on Conor Gleeson, but even that made little difference.

Waterford desperately needed goals and Austin Gleeson went close, drawing another good save from Nickie Quaid, before Kyle Hayes superbly dispossessed Jamie Barron, but Limerick were hitting them on the counter now and even increased their lead as Morrissey had the final say.

The green machine rolls on. It will take a serious team to stop them. 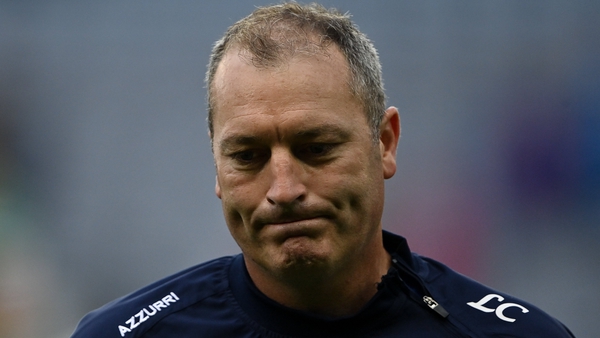