For a player noted for his defensive nous and clinical tackling, Tadhg de Búrca's assertion that Limerick have raised the bar with regards to turnovers is high praise indeed.

The Treaty men claimed a second All-Ireland title in three years last December, the foundation of which was built on high-pressing approach, turning over teams time and time again with a ferocious tackle count that began from corner-forward.

In the aftermath of that success, some have questioned whether Limerick have always played on the right side of that edge.

Whether it was due to excessive fouling, or talk filtering through to referees, the hurling kingpins have been heavily penalised during the early stages of the league campaign.

Reigning Hurler of the Year Gearoid Hegarty conceded that the fault lay mainly with the players as much as the match officials, but with more scrutiny over what constitutes a free in hurling, Waterford’s de Búrca says every team must reach the standard set by John Kiely’s men.

On the Sunday Game recently, Derek McGrath presented examples of legitimate tackles with the free arm, describing it as a "brilliant skill".

According to de Búrca, currently rehabbing his way through a second cruciate injury in as many years, dispossessing an opponent with the hand is something all teams are giving more attention to.

"I know Limerick brought it in a lot over the last three or four years, this tackle that has come into the game," he told RTÉ Sport, speaking at an event to mark the PwC All Stars 50th anniversary.

"I wouldn't really see it as a negative at all"

"I suppose if you want to keep up with Limerick you have to practice it too.

"Teams are definitely practicing in training where they're defending in tight situations and trying to get tackles in. I wouldn't really see it as a negative at all.

"Hurling is going a bit like football the way tackling is so crucial. Players are after developing their strength and physicality. That's the reason why tackling has become such an important feature of the game." 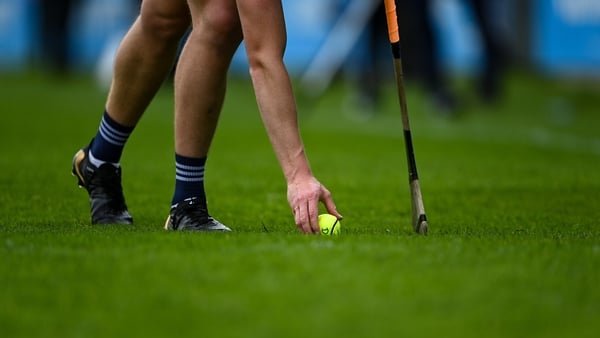 Frees and free hands - Hurling's state of the nation