The Sunday Game panel fear the free-taking competitions on view in the early rounds of the league will be on show in the summer and discuss the debate around the playing rules.

From the first round of the 2021 Allianz Hurling League, Donal Óg Cusack called for the new interpretation of hurling's advantage rule to be stopped immediately, suggesting it goes against the "ethos of the game".

The tweaked rule states that if a foul occurs within shooting distance of the posts, referees are now encouraged to whistle rather than allow play to develop.

Wexford manager Davy Fitzgerald was among those to echo Cusack's view and there have been significant tallies run up by free-takers in the league to date given the application of the rule.

'I think there's an awful lot of rubbish spoken about hurling'

We got the views of some of the game's leading managers on where hurling is at the moment #RTEGAA pic.twitter.com/PfoOfNn5rD

"The free-taking competition is a valid point," he said. "I watched Tipperary play Limerick in the Gaelic Grounds and I was thinking, what’s going on with all the frees?

"You could nearly sense that the players are getting frustrated...'let me go, let me hurl' while admitting that officials are merely carrying out their duties to apply the new rules.

"I would have preferred seeing the advantage rule stay in the game, but once you drew the line in the sand that this is a free, then we are seeing free-taking competitions.

"During the summer, if there is any bit of a tug of the arm around the middle of the field, the referee is instructed to give a free and that it what we are going to see, unfortunately.

"And I don’t see it changing."

The former Tipperary dual player believes that the design of the sliotar is likely to be looked at, but that "players will adapt and find a way".

The discussion then moved to the thorny issue of the tackle, both its definition and application.

Speaking during Limerick's defeat of Cork yesterday, Cusack suggested that the lack of a clear definition of the tackle is a major issue, but Definition 18 in the rulebook describes the tackle as "any attempt to dispossess or reduce the advantage of opponent within the rules of fair play. With the exception of the charge (air), the tackle is aimed at the ball, not the player."

It's a brilliant skill

The last sentence is crucial according to Derek McGrath who presented examples of legitimate tackles with the free arm.

"It’s a brilliant skill," he insisted, while highlighting that use of the free arm for "pulling and dragging" needs to be policed correctly

"The free hand can be used to dispossess when you are going for the ball, according to the rules.

"I like the greyness of the rules, in terms of the general ambiguity that exists because that allows for interpretation." 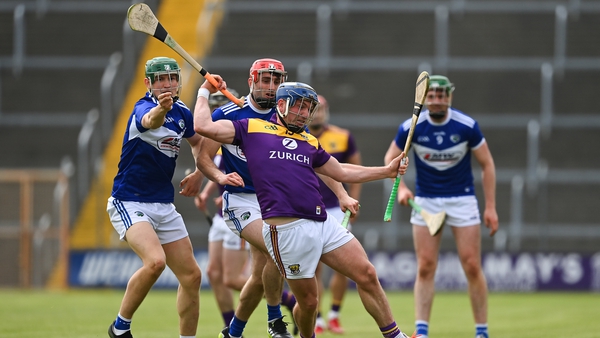