It was a Christmas final but there were no miracles on Jones' Road as ruthless Limerick over-powered Waterford to complete the perfect season and reclaim the All-Ireland hurling title.

John Kiely’s side were never behind and scored an incredible 24 points from play to their opponents’ eight in what finished up a one-sided contest.

In a rematch of the provincial decider, the Munster champions led by 0-14 to 0-11 at half-time, having been six ahead at one point, but a second-quarter rally gave the underdogs hope at an empty Croke Park.

The Déise couldn’t repeat the heroics of their semi-final comeback against Kilkenny though, and Limerick hit the first four scores of the second half to build the platform for a fully-deserved victory. 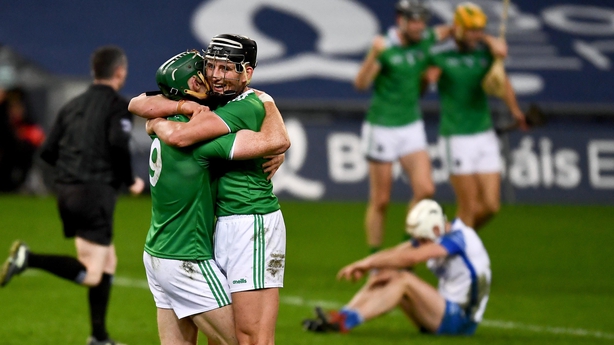 The superb Gearóid Hegarty (0-07 from play) and Tom Morrissey (0-05) combined repeatedly to hurt Waterford, who worked tirelessly throughout but were left chasing goals they never came close to finding.

Limerick’s tenth win in 10 competitive games in 2020 secures Liam MacCarthy for the second time in three years, matching the county’s previous best run achieved in 1934 and 1936.

For Waterford, despite the huge progress made this season, the wait goes on. They have now lost four finals since Tom Cheasty and Co beat Kilkenny in 1959.

The very first minute set the tone for things to come. Both teams committed bodies to a furious ruck that lasted a good 30 seconds before Tom Morrissey came away with the ball and tapped over the opening point.

The Ahane man got two more in the first half as Limerick settled quickly into their hard-tackling, short passing stride, with Kyle Hayes in particular supplying the ammunition for Morrissey and Hegarty to shoot from space.

The lively Aaron Gillane defied pre-match speculation over his fitness to score three from play and two frees in the opening half with Seamus Flanagan also influential up front.

Manager Liam Cahill admitted afterwards that Waterford knew they would need goals to win and as it turned out their best chance came in the second minute, Jack Fagan, so influential in the semi-final, taking a handpass from Neil Montgomery but flashing his shot across the posts.

Another indication of how the game would progress was when Limerick captain Declan Hannon hauled down Dessie Hutchinson rather than give away a goal chance. No yellow card was produced and Waterford had to settle for a free.

They persisted in running directly at goal throughout, even though Fergal Horgan rarely penalised Limerick for swarming the ball-carrier.

Limerick led by double scores, 0-08 to 0-04 at the first water break, and would have been further ahead if not for a superb double save from Stephen O'Keeffe.

Hayes fed Cian Lynch, who played a one-two with Graeme Mulcahy and gave it back to the overlapping wing-back. Hayes hit his shot too close to the keeper but O’Keeffe reacted brilliantly to block Lynch’s follow-up volley.

The influential Tadhg de Burca departed shortly after with what looked a bad knee injury and it was only the impact of Austin Gleeson, who hit points from play either side of a trademark sideline cut, and frees from Stephen Bennett - plus a score from his brother Kieran - that had Waterford in touch at the halfway mark.

Limerick stormed back out at the start of the second half though and effectively put the game to bed with four consecutive scores.

Flanagan hit two fine points either side of what was to be a recurring theme of the closing 35 minutes, Tom Morrissey finding the apparently unmarkable Hegarty in space to raise a white flag.

Waterford were still working hard but running into brick walls of deep-lying Limerick men, who were creating space so much more easily, and there was eight between them at the second water break - 0-24 to 0-16 - after Stephen Bennett’s shot just cleared the crossbar. 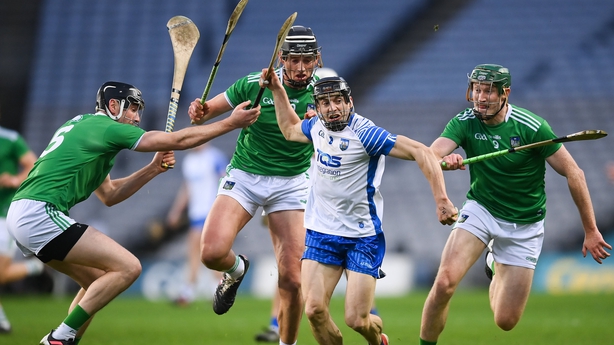 There was already an air of inevitability hanging over the result, and though Waterford continued to push for that goal they so desperately needed, Limerick were either rock solid or streetwise when cracks appeared, Hayes and Will O'Donoghue both taking yellows rather than giving up goal chances.

An ambitious 25-metre effort from wing-back Calum Lyons that Nickie Quaid tipped away was about as close as Waterford got to hitting the net as Tom Morrissey crowned a dominant Limerick display with their 30th point, just the second time a team has hit that mark in an All-Ireland final.

A second All-Ireland defeat in four seasons for luckless Waterford, but there is perhaps a feeling that this was a free shot given their failure to win a match over the previous two seasons.

For Limerick, a second All-Ireland and a statement victory from a young team that have already set an imposing standard for a new decade of hurling.

The only pity was Covid meant their fans weren't there to salute it. 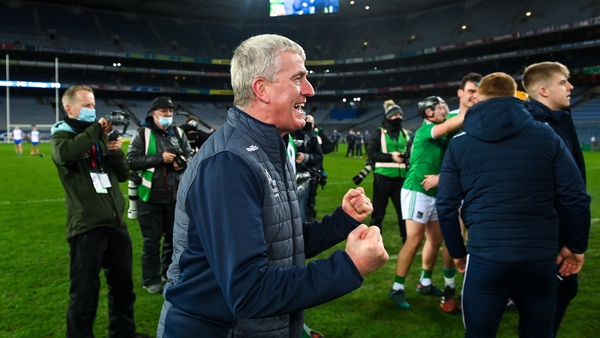