Australian officials issued fresh evacuation warnings ahead of a forecast spike in the intensity of out-of-control bushfires that have devastated vast swathes of countryside and sent smoke clouds as far away as Brazil.

Residents of Victoria state's fire-hit east were urged to leave before another heatwave raises the bushfire danger on Friday, while in South Australia state authorities began relocating people from a small community on Kangaroo Island.

"Everything we've done in terms of... issuing warnings has been about saving lives, and today I'm asking people to continue to heed the messages that we are giving."

The catastrophic bushfires have been fuelled by a crippling drought that has turned forests to tinder and exacerbated by climate change, which scientists say is increasing the length and intensity of Australia's fire season.

Authorities confirmed that a fourth firefighter had died while battling the blazes, bringing the overall death toll to 26 people.

More than 2,000 homes have been destroyed since the crisis began in September and some eight million hectares (80,000 square kilometres) has been burned, an area the size of Ireland.

University of Sydney scientists estimate one billion animals have been killed in the fires. The figure includes mammals, birds and reptiles, but not frogs, insects or invertebrates.

Smoke from the fires has been spotted more than 12,000km away in Brazil and Argentina, weather authorities in the South American countries said.

Despite days of cooler weather and rainfall in parts of the country's east, dozens of areas continue to burn out of control, and Australians are bracing for yet another heatwave that could spark fresh fires. 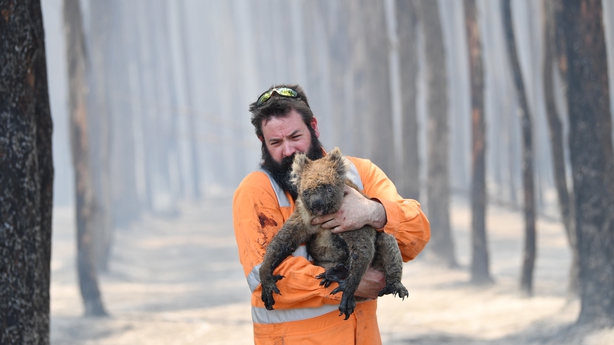 The country experienced its driest and hottest year on record in 2019, with its highest average maximum temperature of 41.9 C recorded in mid-December.

Each time the mercury has risen in recent months, the risk of deadly blazes has also soared.

Unprecedented in scale even in bushfire-prone Australia, the fires have shocked the world and prompted an outpouring of support from celebrities, athletes and leaders around the globe.

Authorities warn the disaster still has weeks or months to run.

Residents have begun returning to fire-raved towns to assess damage, but the cost of the disaster was still unclear. 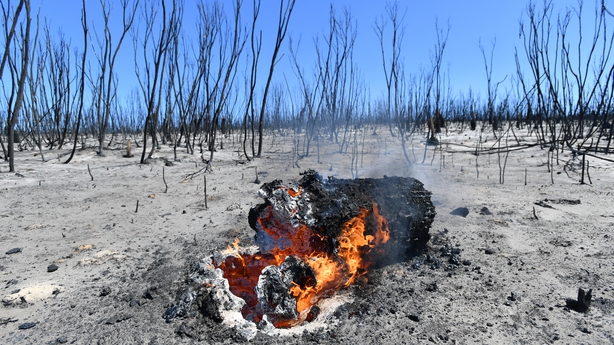 The Insurance Council of Australia says claims worth Aus$700 million had already been filed and the figure was expected to climb significantly.

The government has earmarked an initial Aus$2 billion for a national recovery fund to help devastated communities.