At least half of Australia's only disease-free koala population, a key "insurance" for the species' future, is feared dead with more badly hurt after bushfires swept through an island sanctuary, rescuers said.

Kangaroo Island, a popular nature-based tourist attraction off the coast of South Australia state, is home to many wild populations of native animals including the much-loved koala, where the populated was estimated at 50,000.

Massive bushfires have flared up in the vast country's southeast in a months-long crisis, killing nearly half a billion native animals in New South Wales state alone, scientists estimate.

Conditions have been particularly severe in recent days, with an ongoing blaze on Kangaroo Island spreading rapidly and razing 170,000 hectares - one-third of the island - on Friday.

"Over 50% (of the population) has been lost," Sam Mitchell of Kangaroo Island Wildlife Park, which is raising funds to care for the injured koalas, said.

"Injuries are extreme. Others have been left with no habitat to go back to, so starvation will be an issue in coming weeks."

A University of Adelaide study published in July found that the Kangaroo Island koala species is particularly important to the survival of the wider population as it is the only large group free from chlamydia.

The bacterial infection - which causes blindness, infertility and death in the species - is widespread in koalas in the eastern Queensland and New South Wales states and also occurs in Victoria state.

"They are an insurance population for the whole population," the University of Adelaide's Jessica Fabijan, who carried out the study, said.

"These fires have ravaged the population." 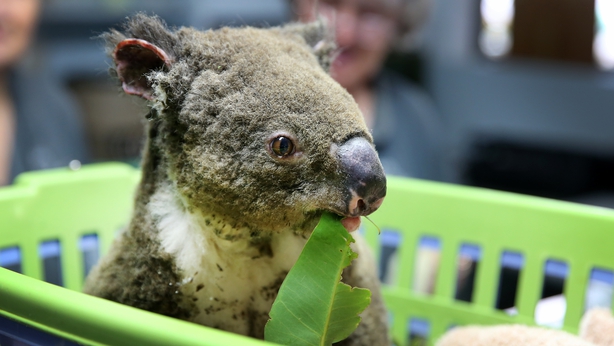 "It's one of the biggest tragedies for the population since the late 1800s when they used to hunt them for their fur," she added.

Habitat loss, dog attacks, car strikes and climate change have already led to a sharp decline in the furry marsupial's population, which is believed to have numbered more than 10 million prior to European settlement of the continent in 1788. 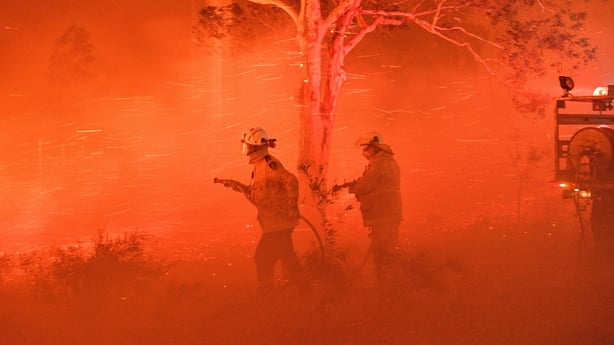 The koalas cannot be removed from the island due to their chlamydia-free status, the state government said, adding that veterinarians were rescuing and treating the injured animals on-site.