Her sight is impaired, but that doesn't stop Molly Burke from enjoying the same things as her two million subscribers on YouTube.

The 25-year-old Irish-Canadian, who is US-based, relies on accessible technology - and her guide dog Gallop - to live independently, and says she has noticed huge changes in the products and software available for visually impaired people since she lost her sight 11 years ago.

I can't visually recall things in my head, but I have a lot of memories of being sighted

"I was diagnosed when I was four years old with retinitis pigmentosa, and I ended up losing the majority of my vision at 14. I was born legally blind, so I’ve never had more than 20/200, and it deteriorated on and off through my childhood," she said.

"Even though as a sighted person I was pretty significantly visually impaired, to me - compared to what I have now - I was pretty sighted. I could still read print, see colours, run around on a soccer field. I don’t have visual memories, like I can’t visually recall things in my head, but I have a lot of memories of being sighted." 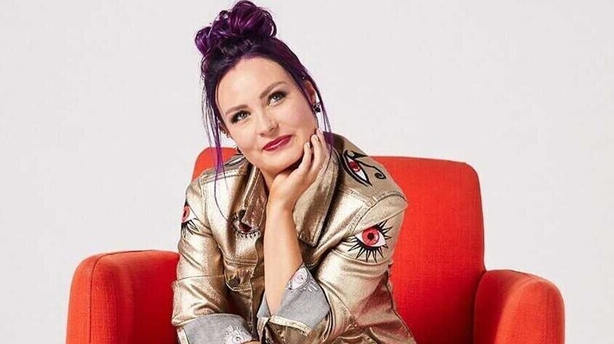 Molly has had shadow perception for the last 11 years, but "it has to be very good lighting" for her to see any silhouettes.

Despite having many of the same interests as the majority of women her age, she experiences them in a totally different way.

"I think it often baffles people as to why I’m so in love with makeup and hair and fashion, and room decor and tattoos and all of these things that for most people are very visual, and for me I obviously can’t see them, so why do I still enjoy them.

"I enjoy knowing that I look good, and that makes me feel good. I always say, sighted Molly loved all of those things, so going blind didn’t change who I am, it just changed how I live and how I do things."

The general level of accessibility for the visually impaired is improving in the world, and Molly has recently released an audiobook called 'It’s Not What It Looks Like’, to describe her experience living as a blind girl in today’s world.

But she said that new technology can often bring challenges if not designed with everyone in mind.

"When companies, especially technology companies, have accessibility in mind when creating their products, we take a lot of steps forward, but when they don’t, it’s steps back for us."

Overall, technology has "for sure" changed the game

This is especially the case, she said, for the blind community.

"Touch screens are everywhere now, so a company like Apple would not release a product without it being fully accessible to blind people. But other tech companies don’t necessarily do that," she said.

But overall, technology has "for sure" changed the game, she said.

"When I went blind in 2008, I had no way to pick what song I wanted to on my iPod. There was no such thing as accessibility or a voiceover, so I would just spin the wheel and click, and hope I landed on a song I like.

"Eleven years later, I can go on Facebook, I can go on Instagram, I can go on YouTube, I can email, I can download my own apps, I can do anything I want on my phone. In 11 years it’s come a really long way.

Today is World Sight Day, an annual day of awareness to put global attention on blindness and vision impairment.