Pope Francis has banned a former US bishop accused of sexual harassment and of misusing church money from publicly performing the liturgy, the Vatican News website has reported.

The measure was among a series of sanctions the pope had issued against Michael Bransfield, the website reported, citing a statement from Bransfield's former diocese in Wheeling-Charleston, West Virginia, in the United States.

Bransfield was also forbidden to live in the diocese and instructed to make personal amends for the harm he had caused, the statement said.

The nature and extent of those amends will be decided by the future bishop of the diocese, according to last Friday's statement.

Bransfield resigned in 2018 on reaching his 75th birthday, when church law requires all bishops to submit their resignations to the pope. A minority of such resignations are accepted so promptly.

The resignation was preceded by allegations that he had sexually harassed adults. An investigation led by Archbishop William Lori of Baltimore reported in June that the accusations against Bransfield were credible.

Early last month, Dr Lori, who has been put in charge of the diocese by Pope Francis, said the investigation had "uncovered a consistent pattern of sexual innuendo, and overt suggestive comments and actions toward those over whom the former bishop exercised authority".

To care for the alleged victims, the diocese had "committed to providing counselling to them and to all priests and lay personnel at the Chancery (the diocesan headquarters).

"I have asked that a permanent program be developed and advertised to seminarians and priests that such services are available," Archbishop Lori wrote to parishioners. 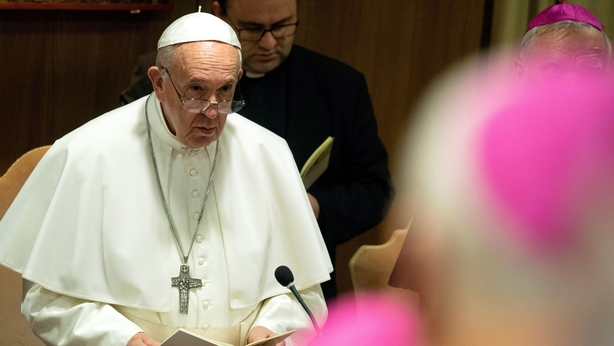 He said the investigation also found that Bishop Bransfield had ordered $4.6m to be spent on renovations to his home. It also said he "misused Church funds for personal benefit on such things as personal travel, dining, liquor, gifts and luxury items".

"As we seek to understand how such behaviour was able to occur over the course of Bishop Bransfield's 13-year-long tenure, it is evident from those who spoke with investigators that the Bishop's management style and personality undermined the effectiveness of diocesan policies, controls and oversight procedures.

"In some cases, it is apparent that the judgment of diocesan personnel was impacted by the culture of fear of retaliation and retribution that the former bishop fostered.

"I have been in close collaboration with the leadership of the Diocese, including members of the Diocesan Finance Council, to identify how best to prevent such behaviours from occurring in the future," Archbishop Lori said.

The head of the Baltimore diocese also revealed that he himself was periodically a recipient of financial gifts from Bishop Bransfield over the years amounting to $7,500.

He said he had returned the full amount to the diocese and asked that it be donated to Catholic charities.

In his role as Apostolic Administrator for the diocese of Wheeling-Charleston, Archbishop Lori announced that he was immediately listing for sale its bishop's residence, a mansion built by in the early years of the last century by the pharmaceutical magnate William E. Weiss.

"We are committed to bringing about the healing that the good people of the Diocese of Wheeling Charleston require and can only pray for and work relentlessly to regain their renewed trust and confidence," the archbishop's letter concluded.

Pope Francis has been taking stern measures against disgraced members of the clergy and church hierarchy.

In February, he defrocked the former US cardinal, Theodore McCarrick, after accusations that he had sexually abused boys and young men.

In the wake of these scandals, the US Catholic authorities had reinforced their system for reporting abuses to bring it in line with Pope Francis' recommendations.

At a June meeting in Maryland, the 224 members of the US Conference of Catholic Bishops agreed a change to their ordinances making it compulsory for the clergy to report abuse to the Vatican.

Previously, internal investigations into allegations against bishops were not required by the US bishops' "one strike and you're out" policy adopted in relation to clergy and deacons in 2002.