Pope Francis has promised that concrete action against child sexual abuse by priests will result from a major conference on abuse that he opened this morning.

One cardinal told the gathering at the Vatican that the church had to fight "the enemy within" its more senior ranks.

Pope Francis convened Catholic leaders from around the world for the four-day meeting to address the scandal that has ravaged the Church's credibility in the United States - where it has paid billions of dollars in settlements - Ireland, Chile, Australia and elsewhere over the last three decades.

His opening remarks appeared aimed at countering scepticism among victims who said the meeting looked like a public relations exercise.

"Faced with the scourge of sexual abuse committed by men of the church against minors, I wanted to reach out to you," the pope told the assembled bishops and heads of religious orders.

He asked them to "listen to the cry of the little ones who are seeking justice".

Opening the conference of nearly 200 participants in a Vatican auditorium, the 82-yar-old pontiff added that victims deserve "concrete and efficient measures" and not mere condemnations.

Victims were mixed in their response, with some expressing cautious optimism and others saying it was too little, too late.

Cardinal Rubén Salazar Gómez of Bogota said the damage was home-grown, in large part because bishops had closeted themselves in a clerical mentality and some thought they could act with impunity.

"The first enemies are within us, among us bishops and priests and consecrated persons who have not lived up to our vocation. We have to recognise that the enemy is within," he said.

The pope and the participants watched a video of five victims, most of whom wished to remain anonymous, telling painful stories of abuse and cover-up.

One woman said: "From the age of 15 I had sexual relations with a priest. This lasted for 13 years.

"I got pregnant three times and he made me have an abortion three times, quite simply because he did not want to use condoms or contraceptives." 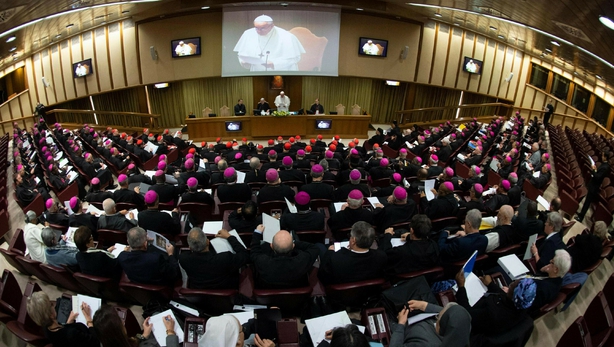 Juan Carlos Cruz, a Chilean, said on the video that when he reported abuse to religious authorities he was treated as a liar and an enemy of the church.

Cardinal Luis Tagle of the Philippines broke into tears as he read a keynote speech that acknowledged: "Wounds have been inflicted by us, the bishops, on the victims."

A list of 21 "reflection points" written by the pope was handed out. The first was that each diocese should have a "practical handbook" on steps to be taken when cases emerge.

They included actions such as informing civil authorities of substantial accusations in compliance with local law and making sure non-clerics are involved in church investigations of abuse.

"Putting together a handbook after all this time is laughable," said Peter Isely, who was abused by a priest as a boy and now heads the advocacy group Ending Clergy Abuse.

Most of the 21 points are already practiced in countries like the United States.

In Ireland, the sexual abuse scandal shattered the power of the church which four decades ago dominated society. In the past four years, voters approved abortion and same-sex marriage, defying the Vatican.

In Chile, all of the country's bishops offered their resignations to the pope last year over a widespread cover-up. Pope Francis accepted seven of the resignations and dismissed two others from the priesthood.

A report by a grand jury in Pennsylvania last year revealed that priests had sexually abused about 1,000 people over seven decades in that US state alone.

Before the conference started, some victims' groups said the event was an attempt to cleanse the image of the 1.3billion-member church.

But Anne Barrett-Doyle of bishopaccountablity.org, which tracks abuse cases around the world, said she was pleasantly surprised by the pope's opening remarks.

"They said this was going to just be a teaching session, but he is now talking about concrete measures. That's good, but let's see how it ends up," she said.

The Primate of All Ireland and Archbishop of Armagh Eamon Martin is representing the Irish bishops at the summit. He has been appointed the Relator of an English speaking group at the summit.

This afternoon his and the other sub-groups discussed taking responsibility; tomorrow's theme will be accountability and on Saturday, the final day of the meeting, they will deliberate on transparency.

It is not clear yet when the Derry-born primate will address the summit. 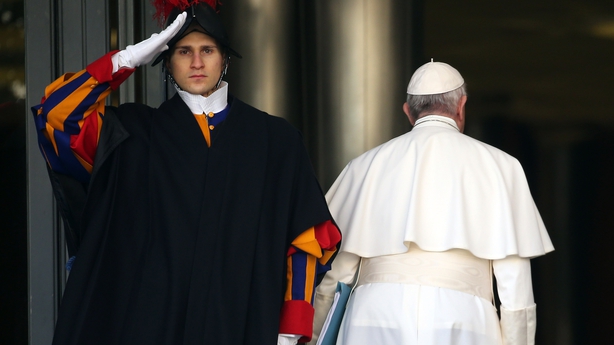 Speaking on RTÉ's Ray D'Arcy Show, Ms Collins said the issue of clerical sex abuse has been in the public domain for three decades and the church is "only now getting around to look at it as a serious issue".

She said that when the Conference on the Protection of Minors was announced people thought "at last".

However, Ms Collins said it will be four days of "talk, discussion, education and awareness-raising".

She questioned whether church authorities had been "living under a rock".

Ms Collins, who served on the Vatican's Commission for the Protection of Minors from 2014 until March 2017, also said that abuse scandals were ready to "explode" in a number of other countries, including Italy and Poland.

She said that Pope Francis "knows what's needed" to tackle abuse, but said when it comes to rules and regulations he has said the right things but has fallen down when it comes to implementing them.

Journalists were permitted to listen to the conference speeches via audio and video links but not the debates that followed.