Icelandic budget airline Wow Air has collapsed and gone out of business after failing to finalise an equity deal with investors.

All Wow Air flights, including flights between Dublin and Reykjavik, have been cancelled with immediate effect.

Earlier this morning, the company announced on its website it was in fund negotiations and that flights were on hold "until documentation with all parties involved have been finalised".

However, the company posted on its website shortly after 8am that "WOW AIR has ceased operation. All WOW AIR flights have been cancelled".

It advised passengers to check available flights with other airlines.

It said that all passengers had been informed via text message or email.

Read more:
Wow Air: The rise and fall of reaching for the sky
Advice for WOW Air passengers

The company said passengers who bought their tickets from a European travel agent (within the European Economic Area) as a part of a package tour which includes flights and accommodation or other services, are protected by the Package Travel Directive.

It said those passengers should contact their travel agent to arrange an alternative flight.

Passengers whose ticket was paid with a credit card should contact their credit card company to check whether a refund of the ticket cost will be issued.

US private equity firm Indigo Partners recently withdrew its offer to buy a stake in the loss-making carrier.

However, Icelandair said it would offer discounted flights for those stranded in Europe or North America.

The privately-owned airline, founded in 2011, posted a pre-tax loss of almost $42m for the first nine months of 2018.

It started flying between Dublin and Reykjavik in June 2015.

The airline uses smaller single-aisle planes to fly between Iceland and many destinations in the United States and Europe.

Norwegian Air has a little over half of the market share in the fast-growing, low-cost, long-haul transatlantic market, while WOW controlled a quarter in 2018 when it flew a total of 3.5 million passengers.

Wow Air is the latest budget airline to go out of business as the European airline sector grapples with over-capacity and high fuel costs.

Passengers at Dublin Airport expressed their frustration at the situation this morning.

US tourist Jennifer Shreve, who arrived in Ireland on 20 March and was due to fly home today, said she received an email this morning saying the flight was cancelled. 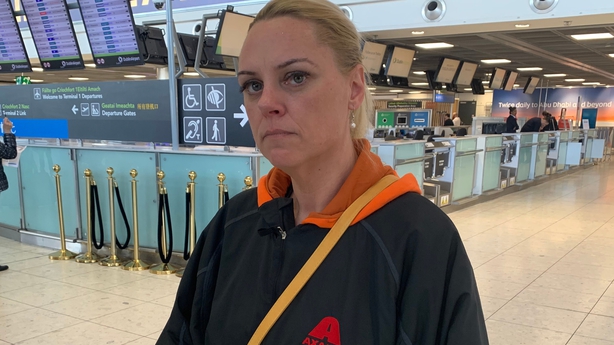 She said: "So I call Wow and they said we're going to rebook and they re-booked me to fly out on the 30th on an airline that no longer exists.

"I don't what to do. This is a scenario I could never have come up with. I've passed the stage of anger, I'm just scared, I'm stuck here. There's no representation from Wow airlines here."

Another passenger, Idzelle Medima, was due to fly to Washington to attend a conference and said she got a text message at 3am saying her flight was cancelled and then another one saying she was entitled to compensation. 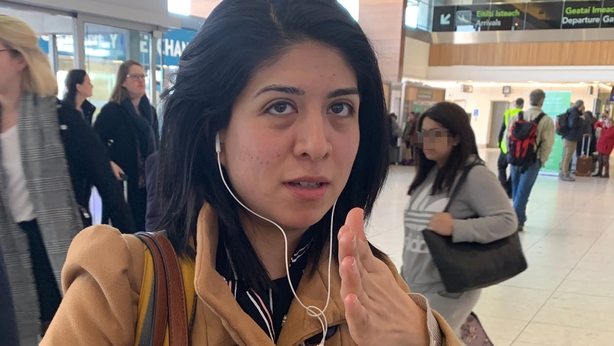 She said: "I'm annoyed they (Wow) are not answering… they are just like in silence. At least I managed to book another flight but some people are just stuck here."

Ursula Collins travelled from Cork last night for an early morning flight to Rekjavik and said she received no notification that anything was amiss.

"The first we heard was when we arrived to check in at the airport. There was no notification whatsoever," she said.

"I spoke to the tour operator yesterday because I couldn't check in online and they assured me that that was all standard procedure, just to come to the airport, check-in at the airport, wasn't a problem.

"We are disappointed but worse things happen at sea so we'll just deal with it."

Meanwhile, Aer Lingus has become the latest airline to offer special "rescue fares" to passengers of WOW Air who may be stranded abroad as a result of the collapse of the carrier earlier today.

Aer Lingus said it was offering the fares in accordance with its voluntary agreement with the International Air Transport Association, subject to availability.

Iceland Air is also offering discounts to those passengers caught up in the fallout from the demise of WOW Air. 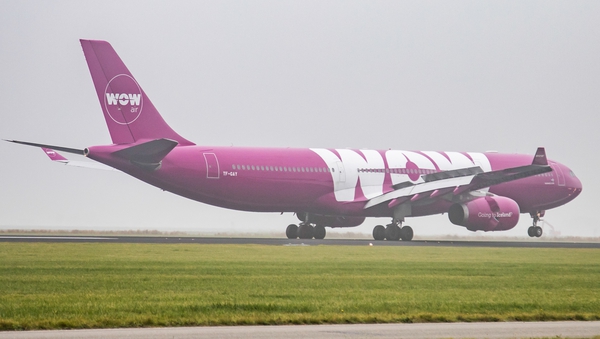 What Wow Air passengers should do now

As it happened: Storm leaves thousands without power

Quotes of the night from the UK election