A Dublin couple who were on the island of Gili Trawangan in Indonesia when a deadly earthquake hit said they left their hotel room just before its roof partly collapsed in the tremor.

About 50 Irish tourists have been evacuated from the Gili Islands after the earthquake, which has killed at least 98 people.

Gillian and Michael Harvey and their young children Sophie, 4 and Chloe, 1, had arrived at their hotel on the island about two hours before the 6.9-magnitude quake struck.

Speaking to RTÉ News by email, the couple said they decided to leave the hotel to go for dinner shortly before the earthquake.

As a result, they were beside the beach, and away from potential falling debris, during the strong quake.

"The ground was shaking violently," they said. "We headed onto the sand and couldn't stand so lay down with one of the kids each.

"All the power went out so the only light was from people's phones and torches."

In the immediate aftermath, they witnessed injured people being carried to the beach in an effort to get them on to boats and off the island, which has very little infrastructure.

Due to fears of a tsunami following the earthquake, the family got lifejackets before following a large crowd to higher ground. 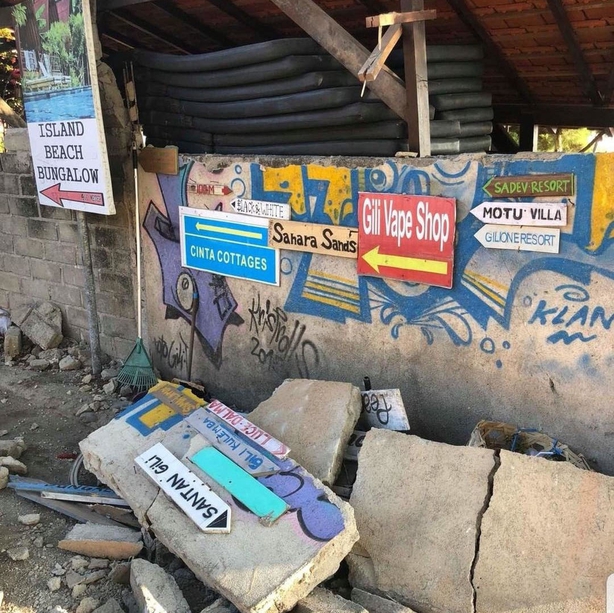 "We reached the top of the hill after about a 20-minute walk and we stayed up there until sunrise the next morning," they said.

"The local people and volunteers were brilliant, bringing up water and sheets for people. We managed to get a sheet and water to make a bed for the children and get them to sleep."

At first light yesterday morning, the family made their way back to their hotel room, which "had pretty much collapsed", to pick up their luggage, before returning to the beach in an effort to leave the island. 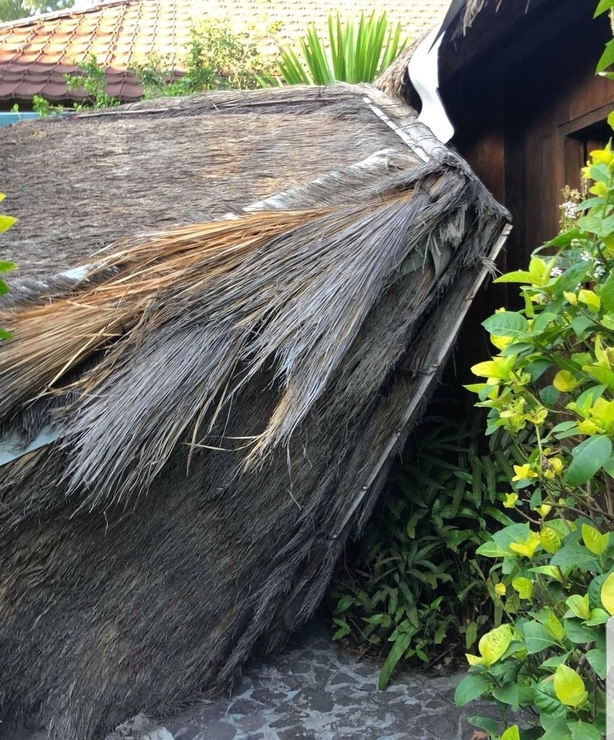 However, the first boats they saw were "being overloaded and nearly toppling with people trying to get on any way they could".

They said they "were not going to get into any boat like that with the children" and instead spent five hours on the beach waiting for a suitable vessel to arrive.

When two larger passenger ferries arrived, the couple squeezed their way through the crowds on the beach and reached one of the boats. 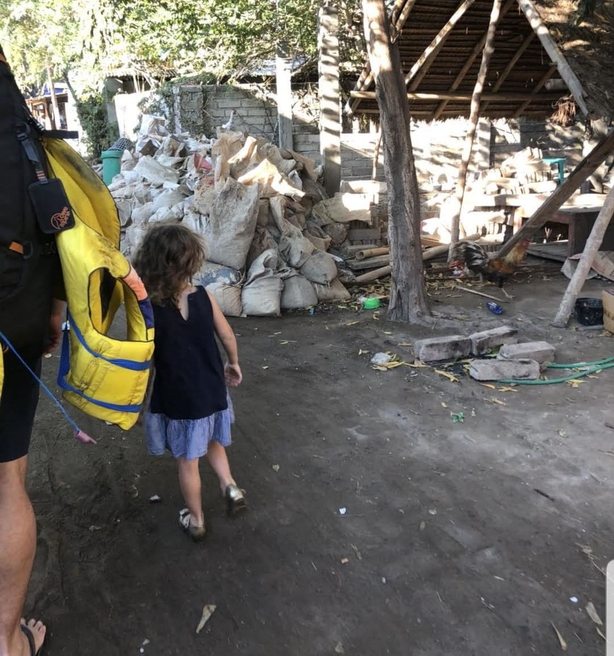 "I was begging one of the people letting the passengers in to let us on as we had kids. He said to wait as they had to let the passengers who already had wristbands for that boat on."

Eventually, all four made it on board the ferry and were taken to Bali - a stroke of luck as the majority of boats travelled instead to the nearer island of Lombok.

People who were taken to Lombok then had to wait there to be evacuated to Bali.

The couple, who have been living in Australia for seven years, say they plan on staying in Bali until later this month before continuing on their year-long holiday before returning to Ireland.